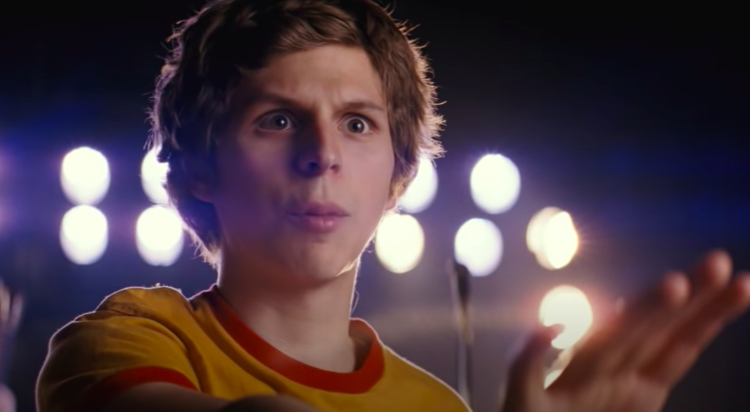 “Scott Pilgrim vs. The World” either lives in our head rent-free or in our Letterboxd lists for insanely different reasons.

But one thing’s for sure: The most Michael Cera of all Michael Cera movies isn’t going anywhere. Ten years after its release, we’re offered another portal back to its zany ass world—only in animated form.

Talks regarding the cult classic’s comeback—animated style—is said to be brewing. “I would like to revisit the characters [in comic form] and see what they’re up to. I sketched Scott early in the pandemic with a huge beard. I think that would be a funny image,” creator Bryan Lee O’Malley told Entertainment Weekly.

In the same article, director Edgar Wright revealed, “There’s some plans—and there’s nothing official yet—but there are some plans to revisit the material in an animation way. We’ve been talking with Bryan and with Jared for a while [about]: What if we did something with the books in anime form? It’s being discussed as we speak.”

Two months ago, we found out that the “Scott Pilgrim” cast wants a sequel as much as we do.

Actor Jason Schwartzman even revealed that an email chain from 10 years ago is still alive (and clicking). While we wait for further clues, allow us to dwell in The Clash At Demonhead’s “Black Sheep.” Fictional bands are always a good idea.

Still from “Scott Pilgrim vs. The World”

SHAREBy Nico Pascual Image: Telegraph Even with the rise of ride-sharing services such...