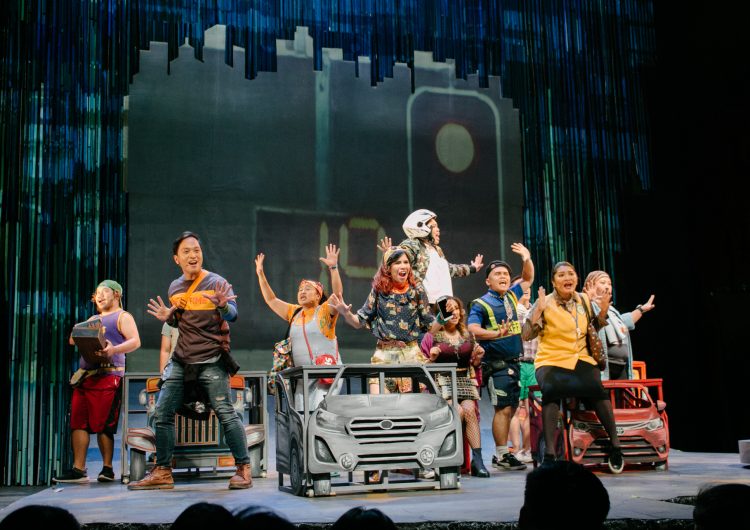 Vote wisely. This automatically plays as a broken record, come election season. Aside from annoying campaign jingles, that is. We’ve grown up looking at and listening to this phrase, even tracing back from our high school days. “Vote wisely,” says the presidential aspirant of the partylist. “Vote wisely,” the whole slate repeats in fully-rehearsed fashion. The contender says the same thing, three hours later. Geez, as if that would help.

What does “vote wisely” even mean these days? In the time of historical revisionism, turning serious issues into jokes, and lies, lies, lies, it’s a big must to be certain of what we mean by “wise.” One of PETA’s latest plays, Charot attempts to do this. 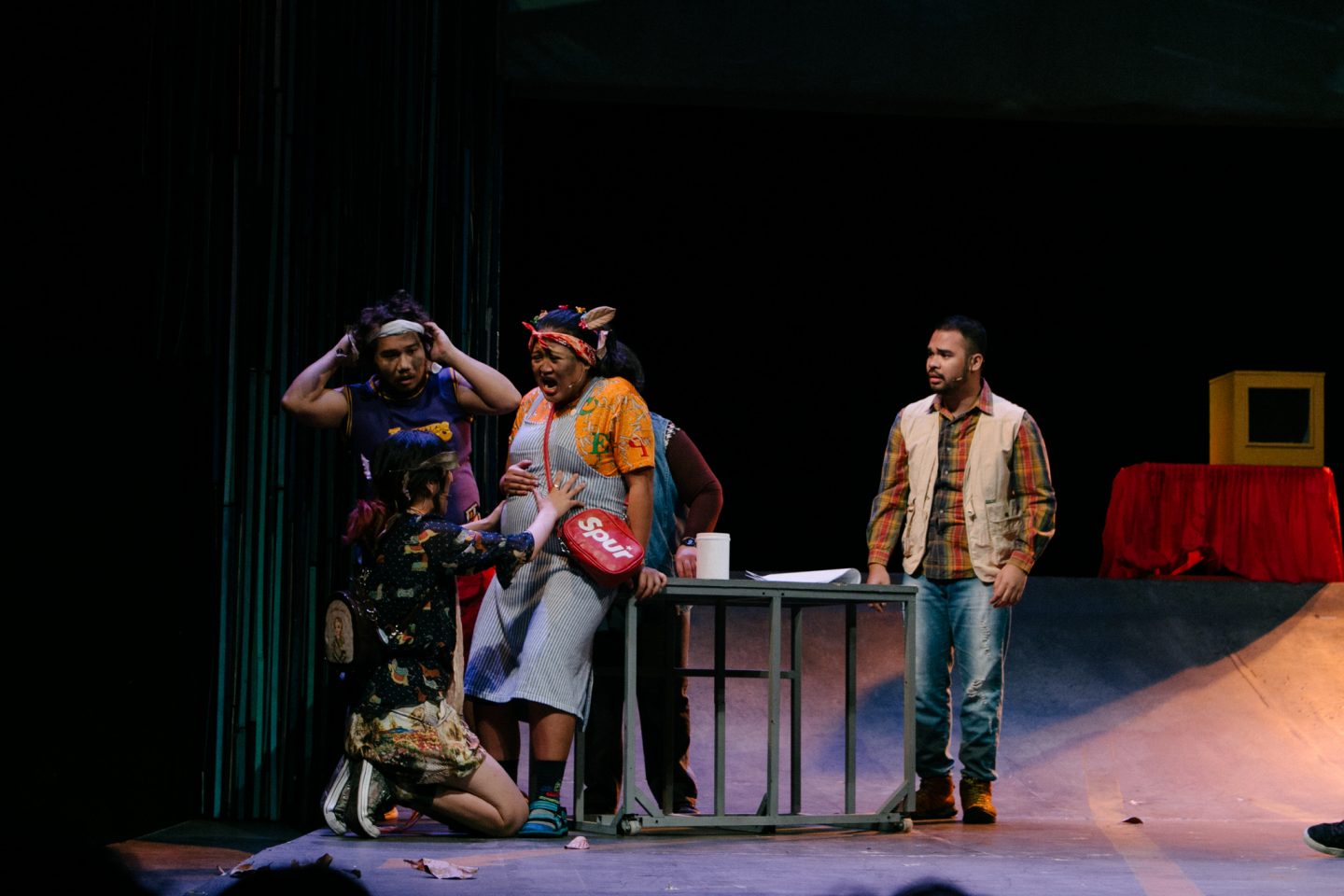 Directed by Maribel Legarda and written by J-mee Katanyag and Michelle Ngu, Charot is a comedy musical set in the literal near future—year 2020—that tells how just almost 24 hours can change a nation. Set in the country named P.I., the story of Charot revolves around the decisions made by different people on the day of elections. The nation is set to vote on a plebiscite for their leader Papsy’s new charter that will spearhead Federalism—Charot, or charter of togetherness. As part of FringeMNL 2019, Charot is both a visual and emotional treat that many of us can find meaning in, in terms of how we handle our freedom to choose.

Read also: This is how much senatorial candidates have  on campaign ads

When the P.I. community gets stuck in flyover traffic and a storm, pulling them away and away from their voting precinct, they find themselves in questions. Both to each other and within themselves. The best part of this? The audience can also participate in deciding for the characters at certain points. Thanks, fast in-house wifi! 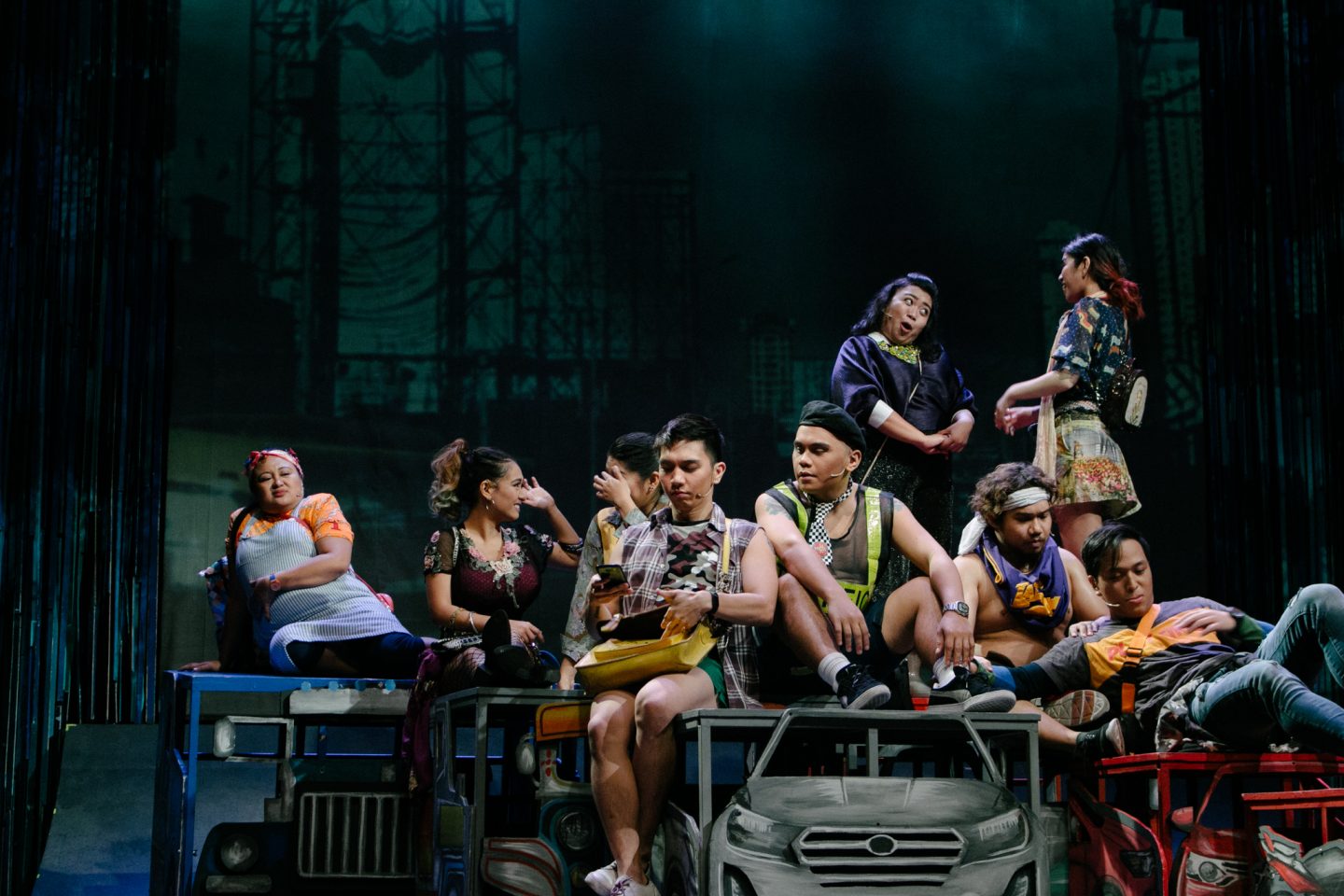 Who are the citizens of P.I.? They’re the ones we meet every day. There’s the typical Nanay character, a slightly middle-aged pregnant woman who’s an avid fan of Papsy, and will do anything for his favor. Unfortunately, even if it involves giving him a kiss. There’s also a traffic enforcer who’s called by everyone as “Boss,” probably for his persistence to be everyone’s peacemaker and leader. Grethel Tuba, an outspoken, funny, and frank nurse always finds herself beside a gay carpool driver, a former OFW whom she shares jiving personalities and principles with. Also enter a silly street vendor and mall salesgirl who does everything to go against the injustices she encounters in life.  Cue in the couple on board: Millennial Girl (an overly-optimistic vlogger whose main priority is to document everything in her life) and Millennial Boy (an open-minded individual who doesn’t keep a blind eye on the wrong things around him). They can seem cute and all, until their biggest difference hits: their political viewpoint.

Here are some of the voting tips we got from Charot: 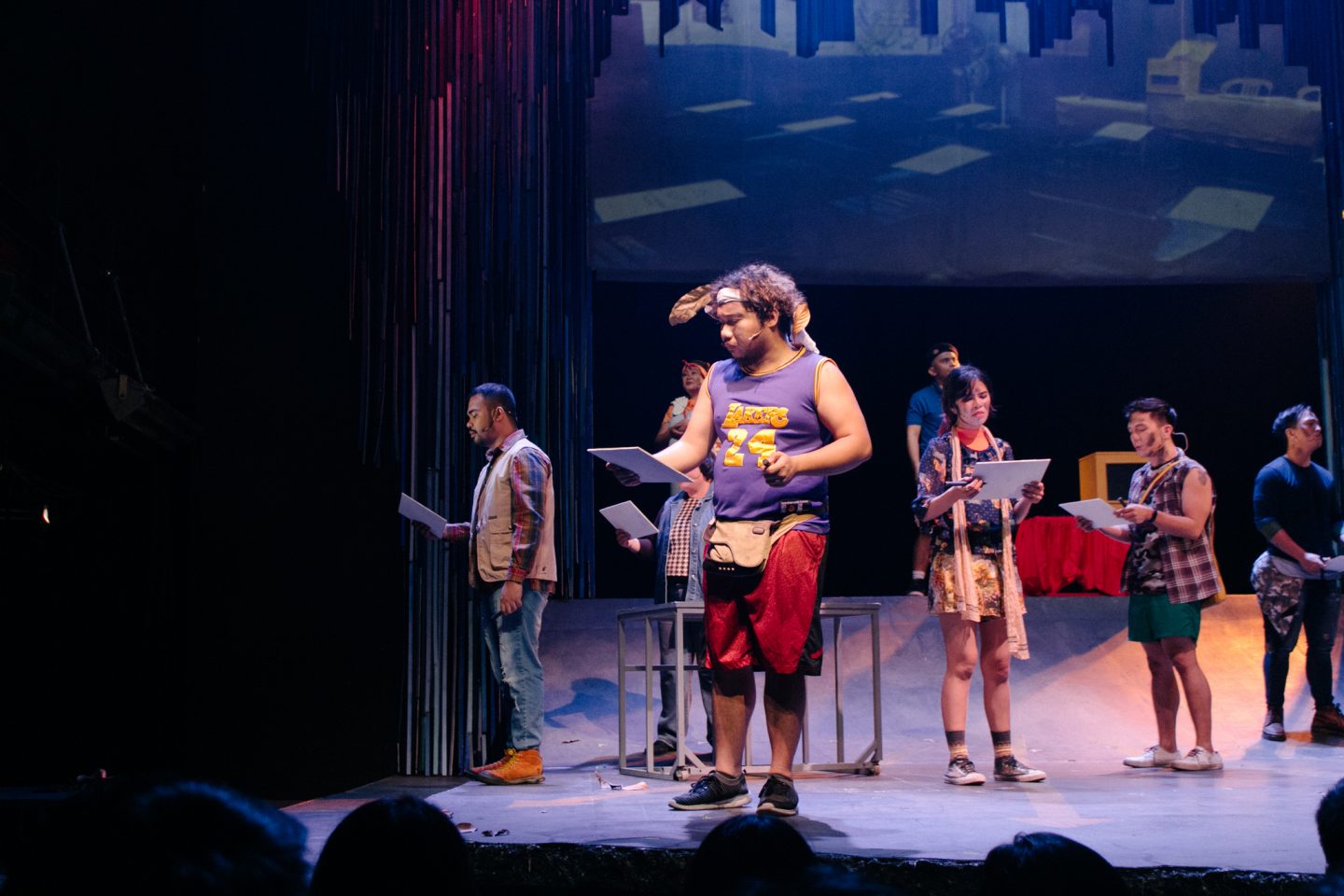 Don’t fall for traps (a.k.a. anyone can attempt to buy your vote; don’t let them)

Look up to the sky; is it a bird? Is it a plane? It’s a freaking helicopter. The locals of P.I., in their desperation to escape the traffic and flood on election day, jump in glee upon seeing a possible rescuer. The pilot descends, approaching the stranded locals. Instead of putting the safety of the people first and foremost, the pilot sent by Paps lays out their selfish motives to the table, just to see who among them are devoted enough to Paps’ charter change plans. Totally a vote-buying scheme! 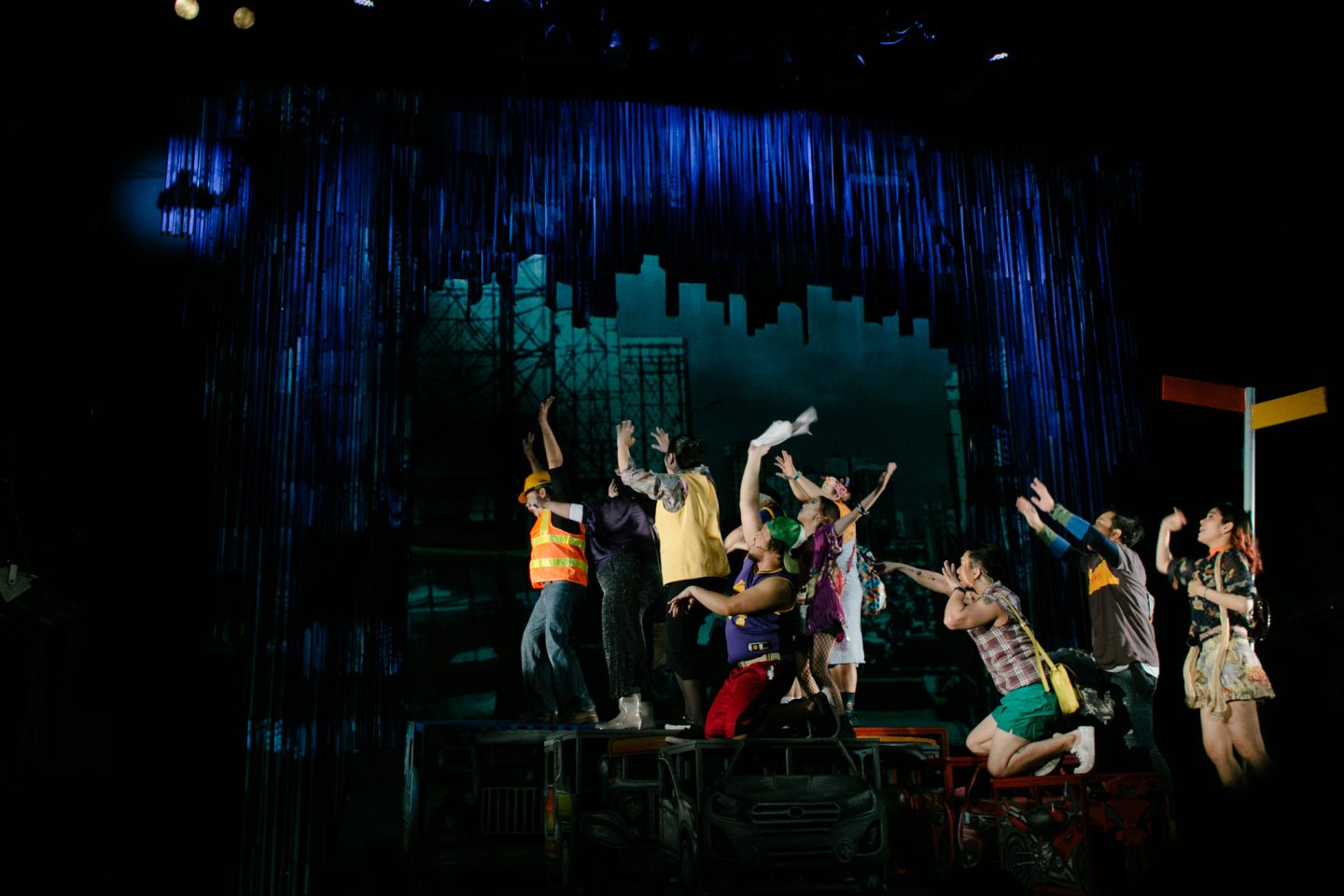 Educate yourself on issues

In the second act of Charot, the characters got divided into two subgroups. Some hitched a ride on the helicopter, and some stayed with their anti-Charot principle on a speedboat. During this time, the characters got deeper in their discussions. What is this charter of togetherness, really? What does federalism entail? What are the attributes of this, and how will it impact the nation? Their exchange of opinions got more intense, misconceptions went down the drain, and some even got to change their minds. It’s true that with great power comes great responsibility, so it’s best to be well-informed before making a decision that can affect other people and greatest scoop of things.

Read also: We’re loving the tarp of this election anti-campaign 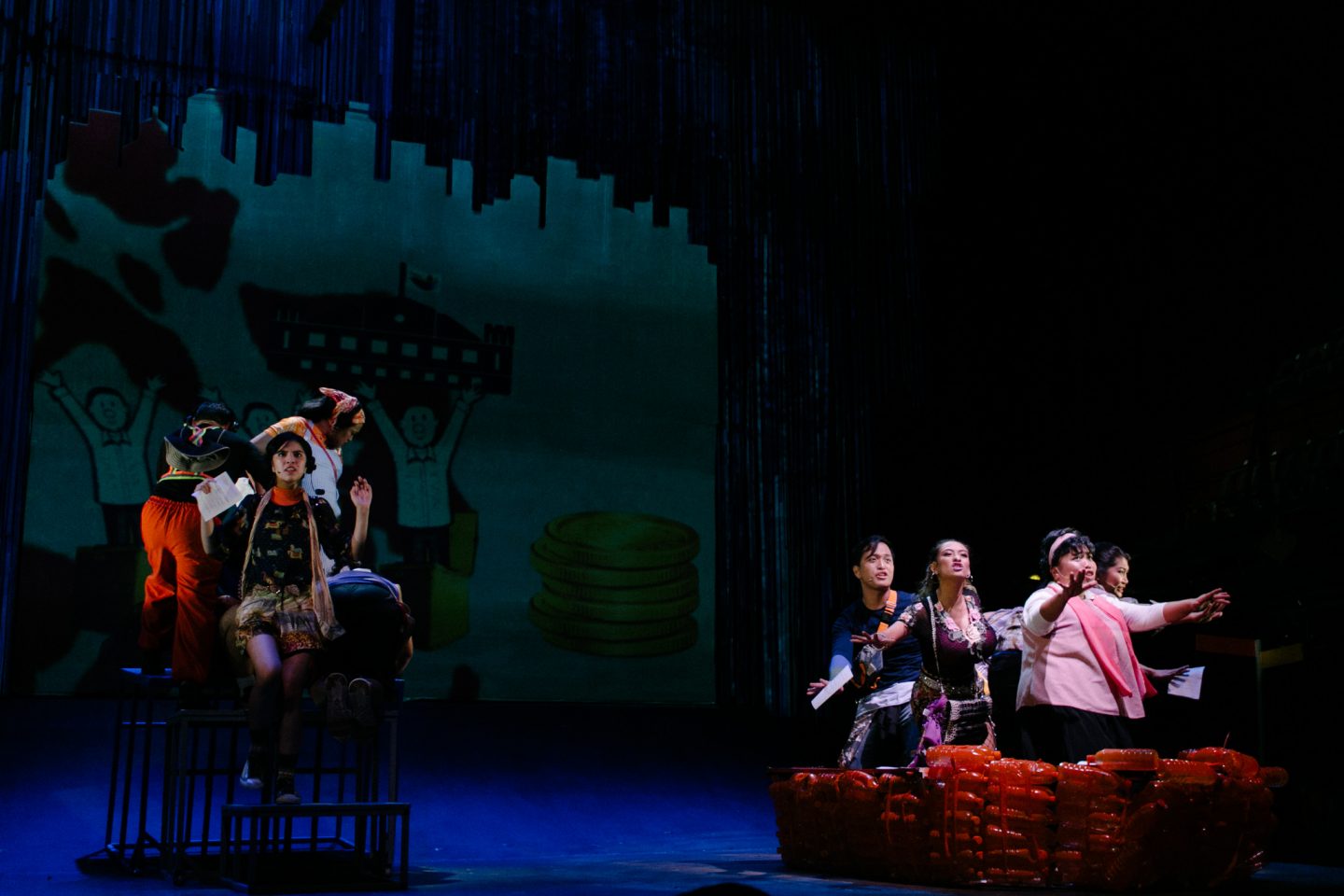 Your peers’ decisions shouldn’t always be the same as yours

One of the most striking elements in this story is how Millennial Boy and Millennial Girl’s opposing opinions affected their relationship. It started small: Millennial Girl, fangirling over Papsy’s promises for the nation, making it a surefire way to approve of his proposed charter of togetherness. Millennial Boy would try to educate this lousy action, as patient as he could, explaining how we should all look at things with a more critical eye. This type of scenario  further damaged even their most mundane interactions. This part of the story tells, indeed, how everything can be political, and how our political beliefs can affect even our most personal decisions. And closest relationships. 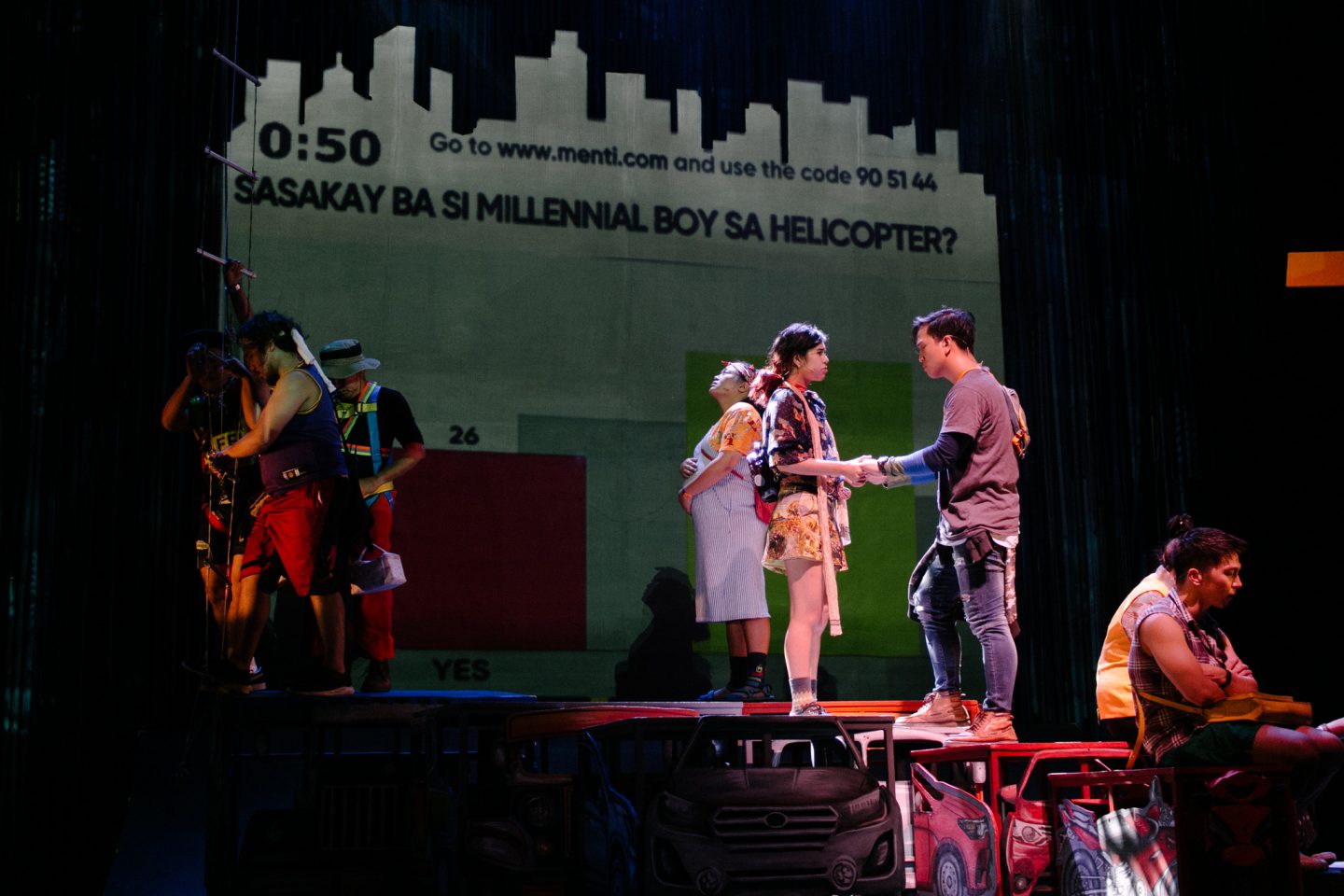 What does this have to do with casting your vote, you ask? I’ll put it simply: If you check your privilege well enough to mind the needs of other people as much as you do with yours, you’ll know how big of a deal your vote can be. Now, you’d see your vote as too precious for something half-baked and uninformed. 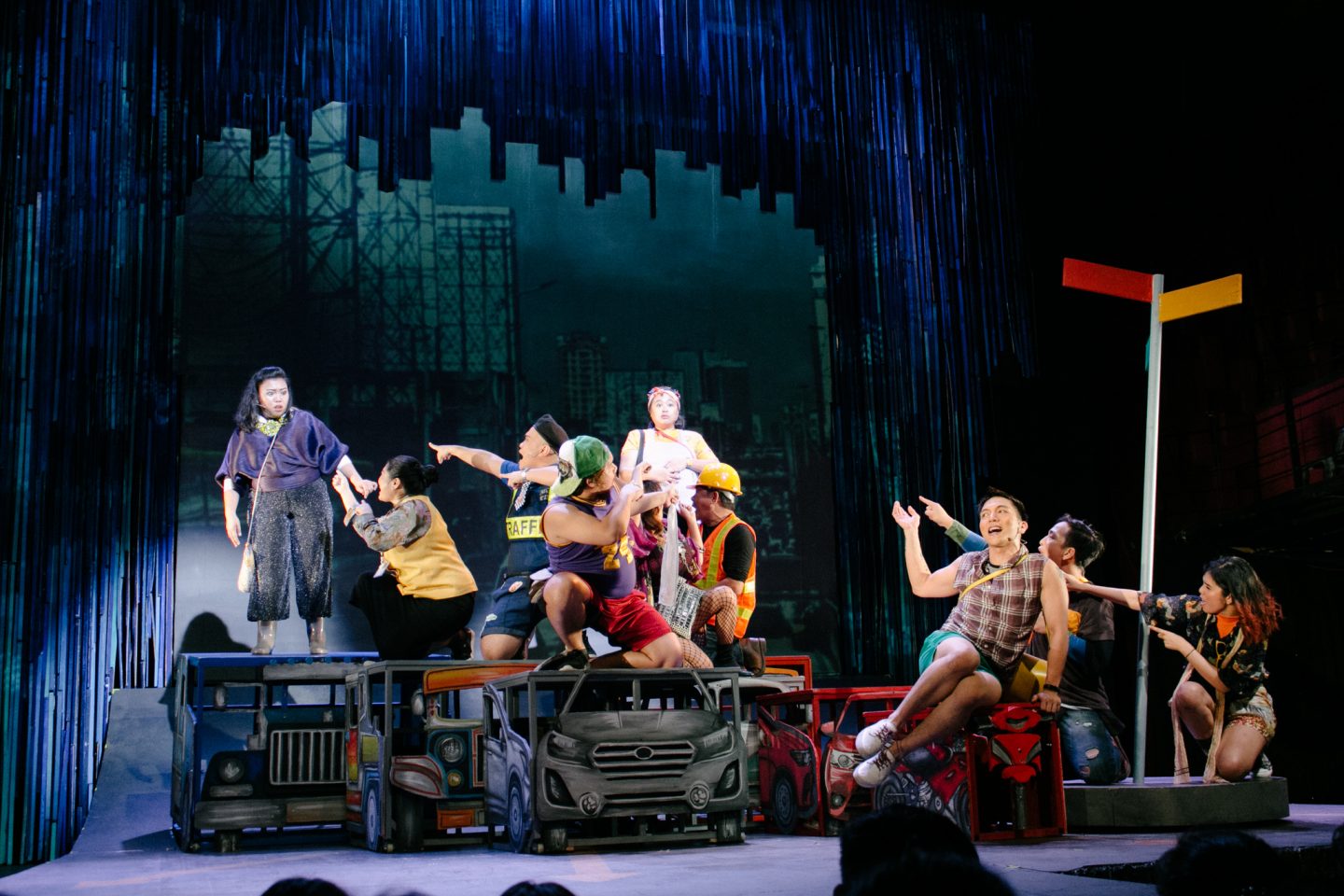 Charot! is part of PETA (Philippine Educational Theater Association); visit their page to know more of their shows.

Ayo, (Get a) Reality Check with Huawei Watch Fit