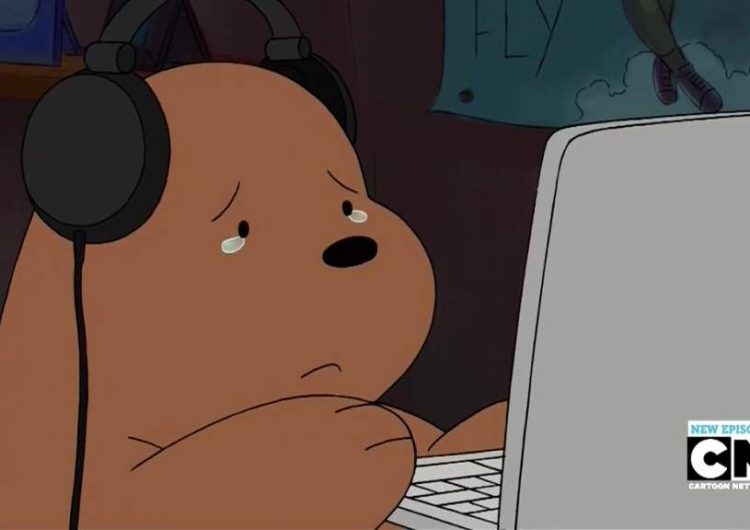 It’s a bittersweet time for fans of “We Bare Bears.” While their fave show has a prequel worthy of the same aww’s—it has cubs! Road trips! Canada!—the movie marksthe end of the line for the original“We Bears Bears” show.

According to a Datebook interview, creator and showrunner Daniel Chong has since departed from Cartoon Network to work on an unnamed project. The recently released movie will serve as the conclusion of the series, which started in 2015.

But fans will soon find something to fill the bear-shaped hole in their TV-viewing lives, as the movie will be a jumping-off point for an upcoming spin-off featuring the three bears as youngins.

For those who aren’t caught up in the craze (seriously, it’s everywhere), the animated series follows adoptive bear brothers Grizzly, Panda and Ice Bear as they attempt to blend in human civilization—well, as much as three giant bears can “blend in.” The new movie serves as their origin story back when they were cubs, just as they were driven out of their hometown after disturbing its “natural order.”

“We Bare Bears” may have been our instant antidote for when we want to feel soft, but Chong has also talked about themes of alienation, especially with his experience as an Asian-American.

“The biggest realized fear is feeling that you’re not wanted there anymore and that everybody wants you gone, and you’re going to be imprisoned or something like that because people are discriminating against you,” Chong says. “It felt like that was a very timely thing to say.”

“I hope it makes them think about standing up for people that might not look like them or might be being treated differently from them,” adds the show and film’s writer Kris Mukai. “I hope it empowers kids to feel like they can do something.”

The real-world allegories and the cartoon comfort hug are just two of the many reasons why we’re shedding some tears for this show. While we wait for the spin-off to grace our screens, we have the movie to play over and over again. Check out the trailer below.

Read more:
The ‘We Bare Bears’ movie trailer has dropped and we’re already aww-ing
5 shows to watch when you want to feel soft
A eulogy to “Adventure Time,” and why it’ll never die

Still from “We Bare Bears”

SHAREEvery music festival has its highlights: the jaw dropping lineup, the larger-than-life crowd...