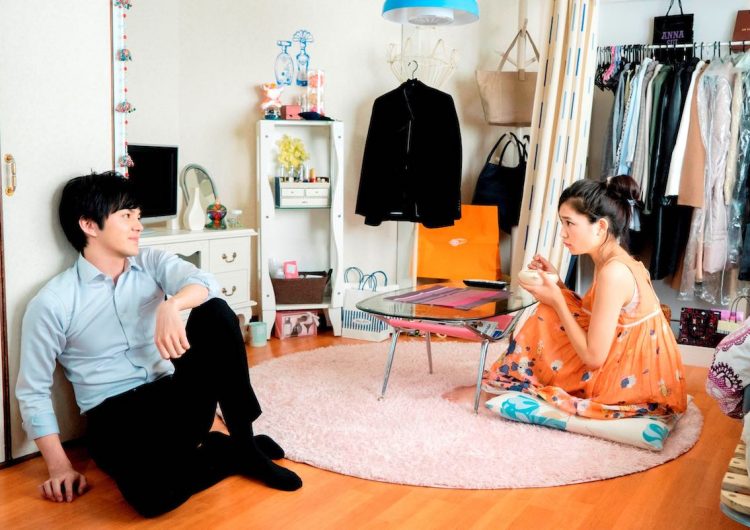 Calling all weabs, cinephiles and anyone in between: Unlike your 2020 plans to fly to Tokyo, this year’s Japan Film Week is far from canceled. The cinematic celebration of Japanese film is heading online, featuring six films ranging from animation to live action, with a hint of a documentary.

Following a successful run last year, the Japan Foundation Manila’s online spin-off of the Japan Film Week will screen the featured films starting from July 22 to 26.

The upside? No lines. However, you might want to stand by your screens. The online film screening will be on a first-come, first-served basis, with most films subject to limited availability. After logging in with your Vimeo account using the provided access code, you can head over to Japan Film Week’s page.

Check out the full roster, including the sched below:

July 22, 9 a.m. onwards
Fuyuki Shimazu, artist and cardboard collector, is the center of this Ryusuke Okajima-directed documentary. Shimazu picks up the pieces of cardboards from his travels across the globe, making wallets from so-called trash for his upcycling advocacy.

July 22, 9 a.m. onwards
All seems great for recent college grad Chie, who gets engaged to her boyfriend. However, things take a turn for the worse when she is soon diagnosed with terminal cancer. While she thought the treatment would make her sterile, Chie unexpectedly finds herself pregnant.

July 23, 9 a.m. onwards
Sisters Tae Hitoto and Yo Hitoto return to their old family house just when it’s on the verge of being torn down. During their short stay, Tae finds a box of recipes and letters written by their mother who died 20 years ago, beginning Tae’s personal search to unravel her mother’s past.

July 24, 9 a.m. onwards
Based on the comedic manga of the same name, “Bittersweet” follows Maki, a creative executive with an intense hatred for vegetables. She meets Nagisa, a closeted gay vegetarian with cooking skills that might win her over to the leafy side (or not).

July 25, 9 a.m. onwards
This stop-motion film focuses on Chieri, a sixth-grader whose only friend is a stuffed doll named Cherry, which she found in a storehouse during her father’s funeral. Chieri’s reality blurs with fantasy as she finds a stray dog about to give birth. However, a crow and a strange monster linger by, becoming a threat to the mother and her puppies—it’s up to Chieri and Cherry to save their lives.

July 25, 9 a.m. onwards
Cultural extinction is at the heart of “The Takatsu River.” The film is led by Manabu, who lives in the Shimane prefecture where a dance called “Kagura” exists. His son Tatsuya skips Kagura practice, leading Manabu to worry about his son’s departure, just as most of the town’s youth do. And just as the population declines, the town fears for its tradition to dissolve alongside it.

Read more:
Our Japanese Kansai Foundation made a site, so weabs can learn actual Kanji for free
Meet humanoid animals in this upcoming anime on Netflix
10 slice-of-life animes to watch when you need a will to live

SHARERelease those pent-up emotions, because Frank Ocean is dropping new music at our...