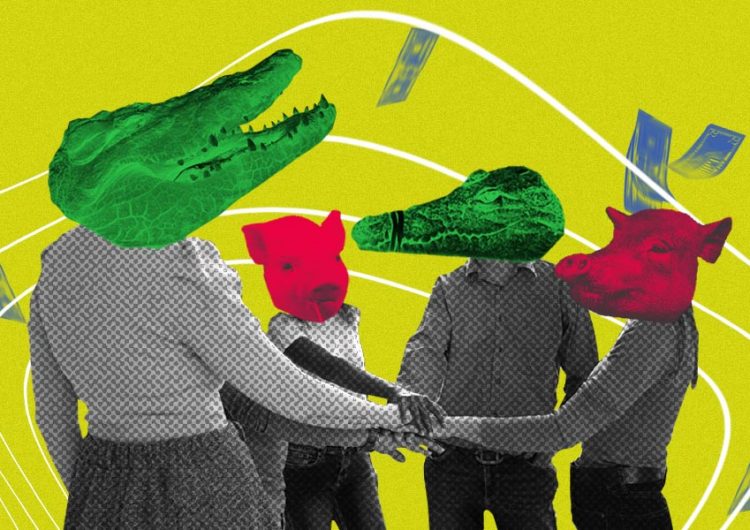 Okay, let’s tally it up. In 2020 alone, we had a pandemic, aliens and ostriches running about in broad daylight. When news about the alleged “PhilHealth mafia” came out, truth be told, we didn’t bat an eye.

Here’s the recap so far: The freshly resigned anti-fraud legal officer Thorrsson Montes Keith of the Philippine Health Insurance Corp. (PhilHealth) called out anomalies within the agency, which allegedly resulted in a P15 billion loss in funds.

Keith recounted this in today’s Senate committee, which is currently conducting investigations on said allegations. The former anti-fraud officer dubbed it “the crime of the year,” referring to the “syndicate-like” ways, as well as the “overpriced” IT equipment.

The former anti-fraud officer dubbed it “the crime of the year,” referring to the “syndicate-like” ways, as well as the “overpriced” IT equipment.

The probe was initiated by Senate President Vicente Sotto III and Sen. Panfilo Lacson after corruption allegations became widespread, starting with heated exchanges over PhilHealth’s “overpriced” IT system, then escalating into several officials handing in their resignation letters.

The allegations aren’t quite surprising to most, given PhilHealth’s history with these cases. Previously, PhilHealth was involved in a case involving the issuance of fake receipts to OFWs. Last year, they were also hit by a supposed “ghost” dialysis that reported fraudulent schemes, by using dead patients’ names to file kidney treatment claims. According to whistleblowers, PhilHealth continued to make payments to these health providers.

Aside from that, Senate Minority Leader Franklin Drilon also questioned PhilHealth’s “overpriced” COVID-19 testing package, which they later reduced. Several hospitals spoke about the insurance agency owing them billions of pesos, which PhilHealth said were due to lack of requirements.

While PhilHealth president and CEO Ricardo Morales denied Keith’s allegations of the corruption, he did say that the overall problem at the agency was “deep-seated and long term.” So, really, give us ostriches instead for some actual surprise, please.

SHARERacism is taking on a new meaning—literally. Merriam-Webster Dictionary is redefining the word...

SHAREFind the music too loud at concerts and festivals? It doesn’t mean you’re...