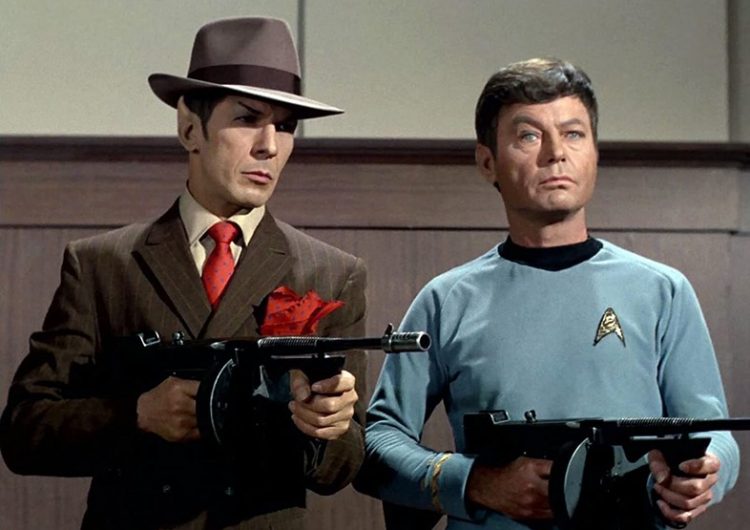 Like most people knee-deep in fandoms, I’ve read my fair share of fics set in an alternative universe (AU), be it modern, Hogwarts AUs or ones where characters have tentacles for some reason. While most have Archive of Our Own to sate those needs, some fans happen to be Quentin Tarantino who can produce their fanfic into actuality (oh, the dream).

At least, that’s the case for his version of “Star Trek,” which involves the same characters from Starship Enterprise but with a catch: It’s set on Earth with a 1930s gangster theme.

It was back in 2017 when the “Pulp Fiction” director was announced as the latest director in the “Star Trek” franchise. And it wouldn’t be a PG-13 blockbuster, either—Paramount expected the whole Tarantino package in its bloody R-rated glory.

The Trekkie Tarantino project had reached a point where a writer was involved—namely, Mark L. Smith of “The Revenant” a.k.a. the film that finally secured Leonardo DiCaprio’s Oscar—but from there, details were kept low key, so much so that folks asked, “Did I all imagine this?”

I think they might make that movie, but I just don’t think I’m going to direct it. It’s a good idea. They should definitely do it and I’ll be happy to come in and give them some notes on the first rough cut.

The short answer: Nope, it’s still real. Tarantino’s AU fanfic might still come into fruition, although with a different person sitting in the director’s chair. “I think they might make that movie, but I just don’t think I’m going to direct it. It’s a good idea,” Tarantino said in an interview with Deadline. “They should definitely do it and I’ll be happy to come in and give them some notes on the first rough cut.”

However, this wouldn’t be the first time “Star Trek” has gone gangster. Tarantino’s original pitch was inspired by an episode from the sci-fi show’s run in the ’60s. The episode titled “A Piece of the Action,” which first aired in 1968, featured the Enterprise crew visiting an Earth-like planet with a prevalent 1920s gangster culture.

Tarantino’s supposed “Star Trek” film made news again when several reports revealed that the franchise’s films were put on hold. One of which includes a version from “Fargo’s” Noah Hawley, which involves a deadly virus wiping out parts of the universe. So, yeah, that’s a pretty understandable decision.

So to fellow young adults caught in this wack ass rat race, here...