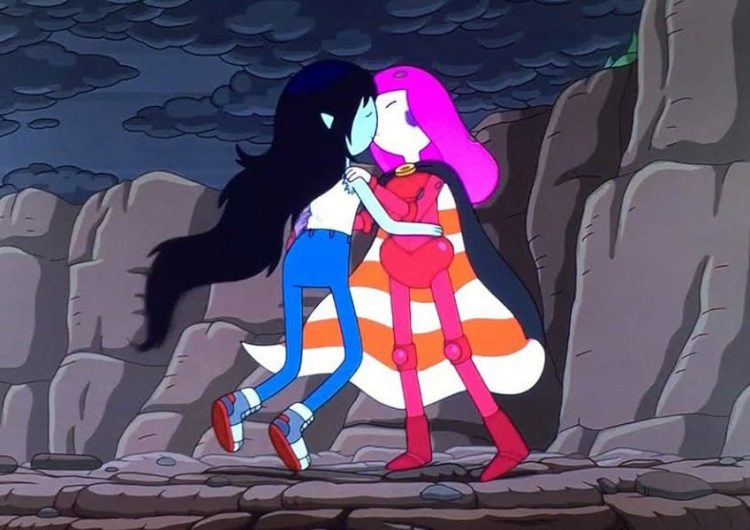 Yeah, “Adventure Time” is back. And this time it centers on Marceline Abadeer and Princess Bubblegum.

The much-lauded Cartoon Network series created by Pendleton Ward and under HBO Max is releasing “Adventure Time Distant Lands – Obsidian” and guess what? We finally have the spoilers that prove how Bubbline has been, and always will be, a thing.

We’ve waited nine years to know the story behind the T-shirt Marceline gave to PB. Back when S3EP10 (“What Was Missing?”) of the series aired, the alleged romance between Marceline and Princess Bubblegum became controversial. Fans were speculating that the two dated in the past.

While co-animator Rebecca Sugar had a more neutral view that the episode was more about honesty rather than friendship between the two, Marceline voice actress Olivia Olsen confirmed that PB and the Vampire Queen did date in the past, according to Ward himself. But because of several constraints, changes were made.

In “Obsidian,” the ship is confirmed and we could not be more excited for this relationship. Here’s the thing: Little PB had a hardcore crush and was already attending Marceline’s concerts. She even caught that black rockstar shirt that Marcelline threw to the crowd, and kept it all these years.

Although seemingly having opposite  personalities, Marceline and PB share a unique  relationship not often seen on childhood television. Fans loved the inclusivity fostered by the show. Not only did it challenge various girl stereotypes, but it also had a well-thought-out appreciation for queer characters.

What can we say? We can’t wait to check out what’s in store

SHARE“Scott Pilgrim vs. The World” either lives in our head rent-free or in...

SHAREIt felt like a homecoming of sorts in the most jarring way. About...

SHAREWhat do anime fans and Taika Waititi stans have in common? This good...