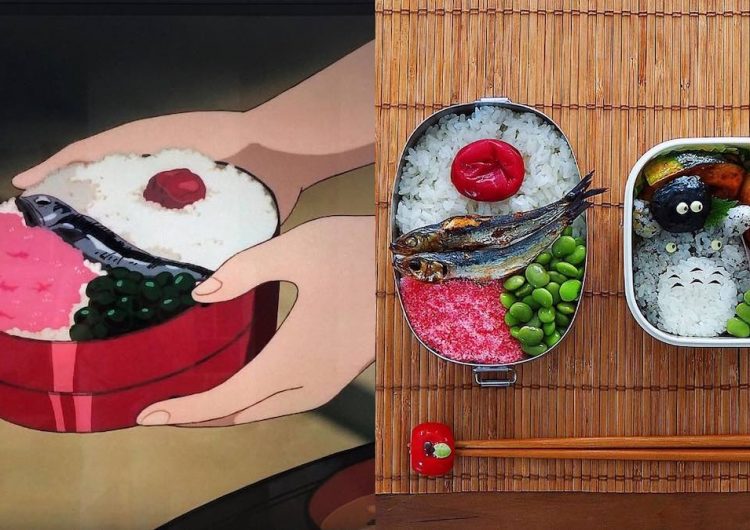 When watching a Studio Ghibli film, viewers either want two things: 1) to be magically whisked away to the wonderful world where Totoro and Howl exist, or 2) at the very least, try some of those food. Now, this side of the universe has the next best thing—recreations of famous Ghibli dishes.

Created and made famous by EN 93 Kitchen on Instagram, the Japanese creative replicated some of the many feasts featured in several Ghibli movies. These dishes include the herring and pumpkin pot pie from “Kiki’s Delivery Service” as well as the chocolate cake with “Kiki” on the icing.

Other dishes include the dream breakfast bacon and eggs plate from “Howl’s Moving Castle,” complete with cheese and bread on the side.

The “My Neighbor Totoro” also gets the same treatment in the recreated bento box with an anchovy snug in between white rice, sakura denbu and some green peas.

With all these details mixed in, these dishes look like props straight out of a live-action shot. EN 93 has several recreations gracing their feed, along with Ghibli-inspired decorated cookies. Now if only they deliver, say, about 3,000 kilometers away.

While that’s hardly a reality (unless we go DIY), Ghibli fans can turn their world into a Miyazaki-created AU by transforming their surroundings (virtually) or copping one of the many, many merch they have in store. It’s the closest thing to actual magic, kids.

SHAREI’m a simple woman; I like weird, unusual novelty items and makeup. That’s...

SHAREUnpopular opinion but Valentine’s Day is the best time to be single. Single—but...