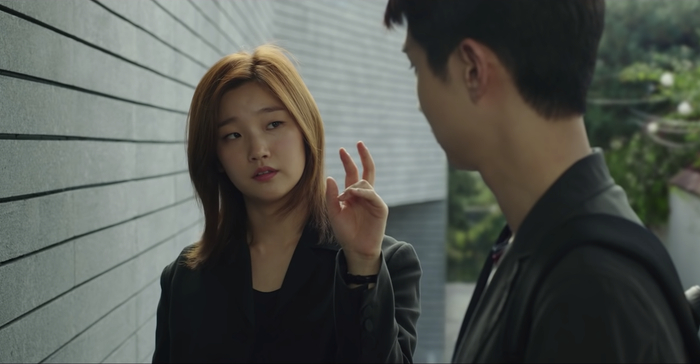 Aside from shaking up the Academy with its Best Picture win, “Parasite” has given us a lot to feast on: commentary on capitalism, Asians in the spotlight and well, that one catchy jingle from Jessica. Now, “Parasite” actress Park So-dam has returned to the small screen—this time, in Netflix’s newest K-drama “Record of Youth.”

Now available on Netflix starting this week, “Record of Youth” follows the lives of three young creatives in the fashion industry. There’s Sa Hye-joon (played by Park Bo-gum, who we last saw in an “Itaewon Class” cameo), a wannabe actor who tries to get his big break by becoming a model. Opposite him is best friend Won Hae-hyo, another model slash actor on the rise (played by IRL rising actor Byeon Woo-seok). Smack dab in the middle is Park So-dam’s Ahn Jung-ha, a makeup artist and self-professed Hye-joon fangirl.

Are these the ingredients of a fanfic? Even better, it’s K-drama canon. “Record of Youth” is now streaming on Netflix, with new episodes added every week. The show’s teasers hint of a will-they-won’t-they dynamic from Hye-joon and Jung-ha, who progress from idol and stan to something more personal. Ain’t that the dream?

Check out the trailer below.

SHAREIN PARTNERSHIP WITH HONOR Ah, the selfie generation. It’s a label so often...