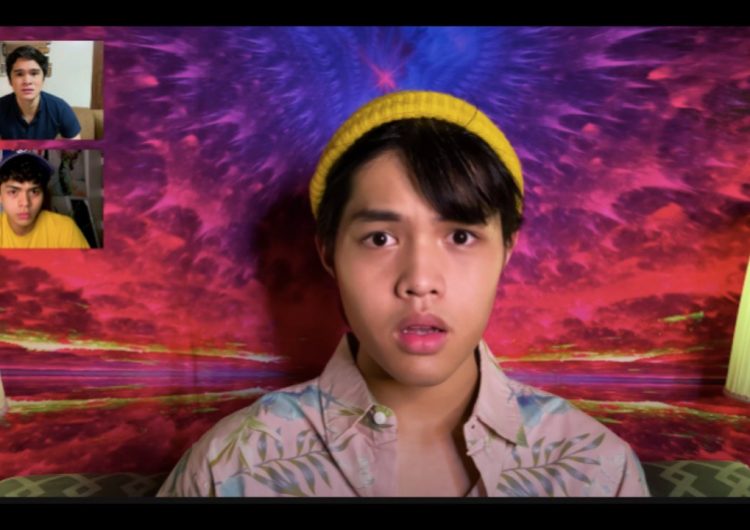 [Warning: This article may contain spoilers of “Gameboys”]

In hit online BL series “Gameboys,” Gavreel might be the Scorpio, but I identify with Cairo, a Cancer, more: easily annoyed, swears by Oreo and Chuckie and guarded to a T.

I’ve retold Cai’s iconic line “ewan ko sa ‘yo!” to Gavreel—in different versions, even. During a house party, one of my friends barged into my sacred pizza munching session to show his friend’s indirect compliment to me.

“He said you’re cute. This guy really has a crush on you,” he said, showing me the reply to the IG story he took of me pre-pizza munching. With ketchup on my fingers and cheese in my soul, I blurted out, “Haha thanks, but I’m lazy.” Take it as a TL;DR of “I’m not interested in any of that romance thing right now” dialogue in my head. That’s pretty assuming (and rude) of me, I know, but I guess I can’t fake a thought (yes, Kaufman, you won today.)

You might be thinking, maybe he just isn’t my type. But years back, I met this guy who became my instant crush the first time we swapped hellos. Many girls chased him, but in some unrealistic YA novel fashion, he chased me instead—literally. On the last day of the event that brought us together, he followed me around the venue, holding a necklace, sprinkling bits of confession. I, however, tried to act busy while running around the place. I took the necklace so he won’t feel bad, said thanks, and never bothered talking to him—my crush, I repeat—after.

Gavreel might be the Scorpio, but I identify with Cairo, a Cancer, more: easily annoyed, swears by Oreo and Chuckie, and guarded to a tee.

Stories like this have become a running gag among some of my friends and cousins. Not really because of the guys but because of me—a numb, heartless girl who can’t seem to read between the lines. I’m a romance buff, but why is it so easy for me to retreat?

Some “Gameboys” viewers probably felt the same frustration of my peers. In the series, Cairo Lazaro (Elijah Canlas) was full-fledged push in the push/pull meet-cute. List them all: Cold-hearted. Hard to crack. Deciphering his character? A needle in a haystack. Eyebrows always crash into each other, especially after Gavreel Alarcon (Kokoy de Santos) does his figurative mic drop a.k.a. flirty banters.

The contrast gets more obvious as the show progresses—Cairo initially shields himself from Gav’s flirtatious advances, doubts his feelings for him and shrugs everything off (but deep inside, he doesn’t, really.)

Just like Cairo, it’s probably easy to see me as unnecessarily rigid and try-hard hard-to-get. If efforts are already playing out, why are we still veering away, right?

But Cairo’s character reminded me again that it’s more than being picky and reluctant. We all have our different paces not just in developing feelings but also in opening up in general. Is it that bad to be cautious? As for Cairo’s case, it isn’t even strange—how could you easily trust someone you met on the internet?

And it’s not like Cai never reciprocated all the efforts. Even before he verbally confessed, you could tell how Cai expressed his feelings in other languages: Quality time to understand Gav. Also, that online mystery game was top tier.

Cai’s guardedness is a two-edged sword, and the curse takes off when he starts believing in hearsays instead of openly talking to Gav.

Of course we can’t entirely blame Cai for that reflex—at that time, romance wasn’t his magnum opus. Other than that, he was battling something larger than life. However, “Gameboys” shows us that meeting halfway requires having the courage to speak.

Cai and Gav’s relationship is far from perfect, but the willingness to be vulnerable has saved the hell out of them.

This reminds me of that one time a guy invited me for dinner. I liked him very much, but I honestly thought he asked me out for a hangout and not really a date. You see, there were mixed signals. But when he was showing signs of an impending confession, I straight up told him, “be careful what you’re going to say. You know I’m guarded.”

Opening up afforded not only me but also him the chance to navigate across our feelings, set up expectations, and—as cheesy as it may sound—find our place in each other’s heads.

There are many things to love about “Gameboys.” There’s a discourse on LGTBQ+ awareness, oppression and acceptance. There’s a succinct mirroring of quarantine life—the need for a companion, constant bouts of anxiety and a foggy future. And there’s this pin-sharp brilliance in bringing authentic characters who grow with you.

So, thank you, Cairo, for letting me know my feelings are valid. Even if I’m not a Gavreel, I deserve quality relationships of any kind. I’ve accepted my pace more, but I won’t fully dismiss good chances to be vulnerable.

And the first step to vulnerability is publishing this story.

Since the announcement, EHeads fans have been asking: Why is an alleged abuser...