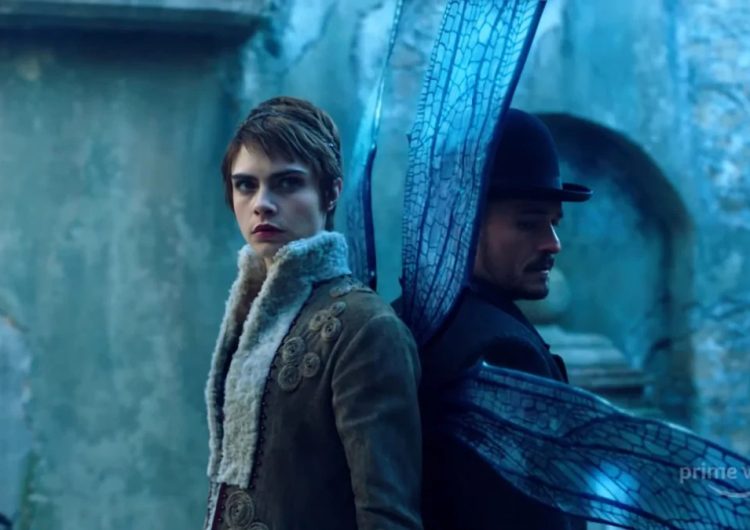 When days feel robotic, the desire to find a secret portal inside our closets runs strong. And if the going gets really tough, people will willingly befriend a wise old lion for some good ol’ adventure—or the White Witch.

Sadly, we lack the spells to transform doors into gateways to different dimensions, and our Hogwarts letters are still stuck in mail backlog 10 years later. For those in dire need of that escapist juice, we turn to the next best thing: fantasy television. Here are a couple of underrated picks that’ll transport folks to a whole new ’verse.

Imagine “Harry Potter.” Now imagine “Harry Potter” in university with some adult themes. No, this isn’t AO3, but the adaptation of Lev Grossman’s 2009 novel “The Magicians.” The TV version ran for five seasons and ended this year, so neophytes can watch it in its full glory. In this world, five students are recruited to Brakebills University for Magical Pedagogy to dabble in some very real magic—plus crazy college parties.

Is this underrated? When living in the shadows of its other BBC peers “Doctor Who” and “Sherlock,” it may as well be. “Merlin” follows, well, Merlin, as the Arthurian figure goes through his awkward teenage years, because even grand wizards have those. Merlin is a servant in the Camelot castle, where his powers are kept on the DL with magic outlawed. He later befriends a young King Arthur, who’s right on the cusp of his full Excalibur-pulling potential.

Cara Delevigne as fae. Orlando Bloom as a magical Holmes. If anyone still needs the plot details after that elevator pitch, “Carnival Row” is a steampunk neo-noir fantasy series centered on inspector Rycroft “Philo” Philostrate (Bloom), who’s investigating a series of murders in a town full of mythical refugees. His ex-flame Vignette Stonemoss (Delevingne) comes back into the picture, right when she’s in league with a fairy mafia.

Full disclosure: “Cursed” is the pineapple pizza of fantasy TV. Viewers will either willingly volunteer to have The Weeping Monk’s babies or want to disown the show as bad Arthurian fanfic. My verdict? I’ll take any story centered on Nimue, Arthurian lore’s heroine fated to become the powerful—yet tragic—Lady of the Lake.

Wait a second, is that Hamilton? Yes, without the rap verses. “His Dark Materials” is the series’ take two after the box office bomb that is the 2007 movie “The Golden Compass.” Based on the Philip Pullman book series, the HBO show features young orphan Lyra Belacqua on a mission to free kids from a kidnapping scheme. One mission becomes a longer quest, as she finds herself in conflict with the big bad Magisterium, an autocratic power that represses all traces of magic.

SHARELove ‘em or hate ‘em, BTS is everywhere. And I’m not saying that...

We don’t know about you, but we’re all sure as hell that we’re...