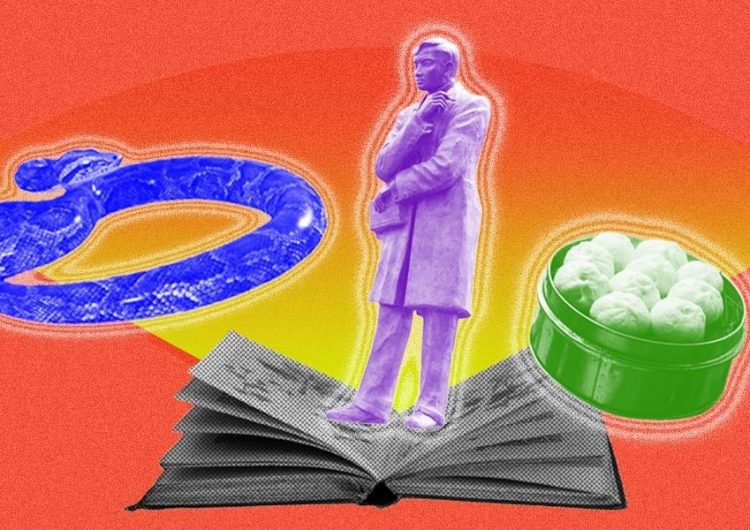 If our grandparents had whispers of folktales growing up, big city kids have chainmail passed around through text, birthing stories that still worm their way into our brain space—urban legends. From our very own version of the Bermuda Triangle to secret clones of politicians, here are some tales of the weird that may or may not be real deals.

Hear me out: The same Jose Rizal we know from several history classes but with a serial killer alter ego. It isn’t an “Abraham Lincoln: Vampire Hunter” spin-off, but one of the many rumors circulating on the ilustrado, which includes Rizal now living his second life as a chicken (seriously).

In this scenario, the urban legend sees Rizal as the infamous serial killer Jack the Ripper who terrorized London’s Whitechapel district in 1888. Ripper was never captured or identified, but most knew what transpired with his crimes, as he killed at least five women and mutilated their bodies in specific but unusual manners.

For those with their Sherlock deerstalker or tinfoil hats on, they connected the dots with Rizal’s throng of ex-lovers, his knowledge of the human anatomy as a doctor, his stay in London during the crimes, and the fact that “Jack the Ripper” had the same initials as “Jose Rizal.” According to historian Ambeth Ocampo, Rizal also referenced Ripper in an essay for La Solidaridad.

So, is Rizal the suspect history has been looking for? While the timelines seem mighty sus, Rizal hasn’t made it to the top four Ripper prospects, which include Montague Druitt, James Maybrick, Aaron Kosminski and Michael Ostrog. Some cite Kosminski as the most probable one, having worked in Whitechapel during the time of the murders, with DNA supposedly extracted from a victim’s shawl matching one of his descendants. Others attempted to debunk the Rizal as Ripper rumor, asserting that Whitechapel was riddled with heinous crimes way before Rizal set foot in London. Whatever the case, Rizal is simply one of the hundreds raised since 1888, which is still ongoing to this day.

Meet the less exciting prequel to the Samuel Jackson classic: “Snakes in a Mall: There’s a Mutant in This One.” At some point in ’90s kids’ lives, they’ve all heard that wild hearsay going around that there was a mutant serpent living in the ladies’ dressing room of Robinsons Galleria’s department store. Said snake was apparently the twin brother of Robina Gokongwei-Pe, who preyed on women like Alice Dixson, then eventually falling in love with her.

While we love a monster romance just as much as Del Toro, Dixon herself came clean in a recent vlog, saying that “Nothing really happened. Nothing really happened in the way the urban legend or the myth dictates.” Of course, that doesn’t stop people from laying down some “receipts” in the comments section, noting that her body language seemed skeptical to them. Safe to say, the urban legend lives on if enough people want it to.

Don’t swim into the Romblon Triangle

We won’t have to fly next to the coast of the Bahamas for some ill-advised adventure. Like other places travelers steer clear of, the so-called cursed waters of the Romblon Triangle has pulled numerous vessels into the sea for the past 60 years, calling it the graveyard of sinking ships.

“So many ships have made the Romblon Triangle their final resting place. They went down to their watery grave with thousands of people on board,” said former Sibale Mayor Lemuel Cipriano. During World War II in 1944, four Japanese battleships were claimed. In 1980, at least 1,000 passengers sank when the Don Juan collided with an oil tanker; In 1987, the Doña Paz went down with 4,000 passengers; In 2008, the Princess of the Stars’ 1,000 passengers met the same fate.

Some say that mysterious fireflies swarm the Concepcion Cove, where two Japanese ships sunk. Residents also swear that they see ghost ships cruising by. But according to the Philippine Coast Guard, there’s a reason why these seas are dangerous to begin with.

“Sea accidents and disasters are due to natural phenomena like high tides, storms, typhoons, human error, pilot disorientation and other factors such as the topographic features of the area,” an official said.

“So many ships have made the Romblon Triangle their final resting place. They went down to their watery grave with thousands of people on board.”

Here’s that one rumor that had kids running away from siopao in fear that the neighborhood cat will claw their eyes out to avenge their fallen. According to the urban legend, siopao had cat meat in them because they were “cheaper” than pork.

And it isn’t just limited to the beloved siopao but also the entire menu of Chinese restaurants. Why? Long story short: racism and xenophobia. The cat myth is traced back to the years of the British Empire and to 1850s America, with several stories documented.

“Without the slightest warning [a Chinese restaurant’s] business suddenly took a drastic drop,” reads an anecdote from 1948. “Then they found out that someone, maybe a competitor, maybe just a person who nursed a real or imagined grudge against Chinese, had initiated a rumor that the police had found three skinned cats, labeled rabbits, in the restaurant’s refrigerator.”

FYI: The Philippine Food and Drug Administration has also inspected restaurants throughout the years, claiming that no cat meat was ever found.

Bongbong Marcos is actually a clone

Will the real Bongbong Marcos please stand up? Just like conspiracy theorists saying that Paul McCartney has been long gone since the ’60s, the Bongbong 2.0 shtick took similar notes. The local urban legend says that Ferdinand Marcos’ son actually passed away in London, and the one everyone sees today is a copy playing pretend.

Versions of the story came about during the late ’70s, with Bongbong being a victim of a classmate, rebels or a road accident. There are those who claim that Imelda had one of her nephews undergo plastic surgery. For extra tinfoil hat points, Bongbong 2.0 could also be bred in a cloning facility to create several mini Bongbongs, as conspiracies do.

While the clone idea seems like the stuff of sci-fi, we can see where the legend could possibly stem from. Bongbong’s father had a body double for himself named Jesus Quevenco, who was occasionally his stand-in whenever he was tired or had sched conflicts.