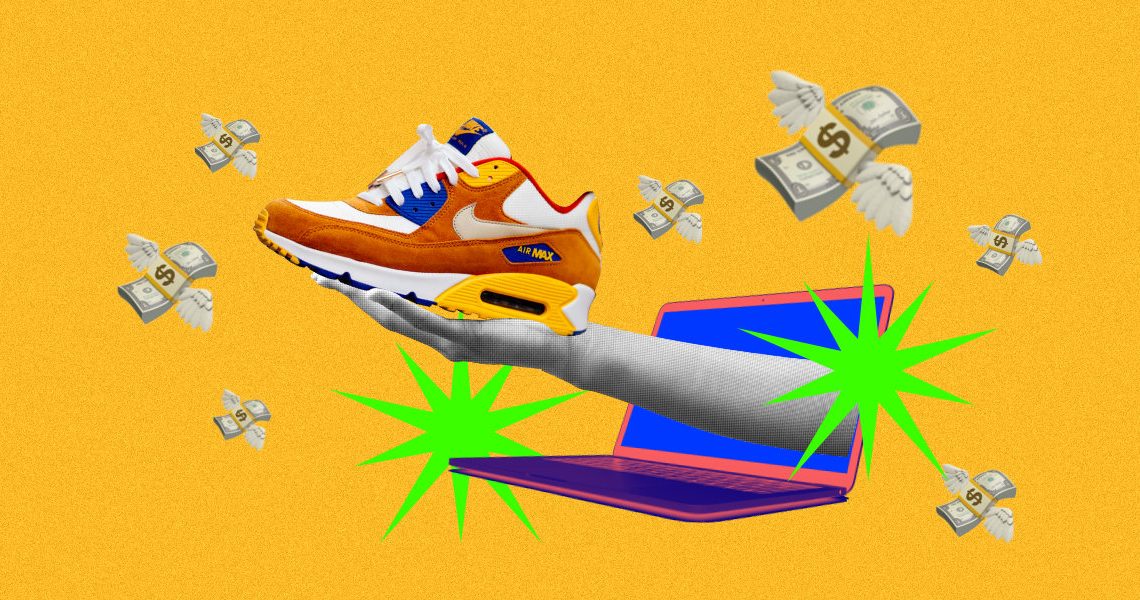 While most of us struggle to look for opportunities to earn from home, it really isn’t impossible for us to dispose of some personal possessions we no longer use. Say, for example, our sneakers. Disposing shoes because we can’t use them as much as we’d like to (thank you for the great service and the extended lockdown, DOH) is usually enough of a reason.

Add factors like collecting dust and, at rare times, housing insects, make us cross the line and decide that indeed, those babies have got to go. No matter how much we love those shoes. Let’s be real, we’re just looking to make our homes more work-friendly to make us productive at the very least.

But we can also view it from the perspective of giving them to someone who most likely needs it more. Doing so may even help preserve the shoes’ actual lifespan. I mean, leaving sneakers unused for a long time can lead to some disconcerting news. Like ‘expiring shoe glue and an entire falling apart sequence’ kind of bad news. It might sound like a breakup but that’s just how the cookie crumbles or in this case, the sole crumbles.

Marie Kondo said it best that if it doesn’t ‘spark joy’ then maybe you should give it away or better yet, sell it. But selling isn’t really the easiest thing to do especially when online selling groups filled with sneakerheads and resellers use ‘sneaker terminologies’ that can have you double-guessing.

Luckily, we were able to gather some terms that can help you sell that shoe faster, or just strike a conversation with a fellow sneaker enthusiast.

Beaters would often refer to a pair that’s been ‘beat up’ from use. Not only are they mad comfy ‘cause they are already broken in, but some pairs actually show more character with all the wear and tear. With the aged trend going right now, seeing beaters sell isn’t a rare sight.

This stands for Buy It Now. It’s an amount offered by a seller whenever a buyer just wants to skip the bidding shenanigans and go straight to taking the pair home.

BNDS stands for ‘Brand new dead stock.’ In the simplest terms, this means that the pair hasn’t been used at all. Literally fresh from the box or even from the delivery.

Colorway is another term used for color patterns seen on the shoe. Most of the time we get shoes of the same model that are differentiated through the specific color pairing done with each release. While some colorways focus on the specific shades, there are some sneakers that base colorway names from their real-life inspiration. Chunky Dunkys, anyone?

In sneaker dictionaries, DS is a term that means ‘Deadstock.’ This label has also caused confusion to the community as some define it as Deadstock, which means it is new and has never been used or dead stock, meaning it hasn’t been used in a long time, but it doesn’t necessarily mean it is new. Use it at your own risk, b.

Some people use this to describe pieces that cost more than an arm but in essence, grails refer to pairs that you’ve been looking for for so long, regardless of the price.

OG None is used to describe a pair that is being sold bare. Without the stuff that originally came with it like the box, shoelaces and at times, pins. Yup, it is what it is.

PADS stands for ‘Pass as Dead Stock,’ while VNDS stands for ‘Very Near Dead Stock.’ While the two are spelled differently, they both mean the same thing. They are almost brand new, which means they’ve only been worn a handful of times. With utmost care that is.

Samples are straightforward. These are usually pairs that are either pre-released or prototypes of certain releases. They’re generally more coveted than your average release due to some pairs rocking never before seen colorways or even different materials, making these limited pairs worth the extra bucks.

Read more:
Sec. Duque and the flattened―no, bent―curve: A thrilling saga
We’ll get to see a new Studio Ghibli film this 2020
So someone tried to take A$AP Rocky’s shoe during his Manila show

SHARESince quarantine started, all sorts of media have been made public for free...

SHAREAttending the SONA ng Bayan was quite heavy. Protests, big or small, tend...