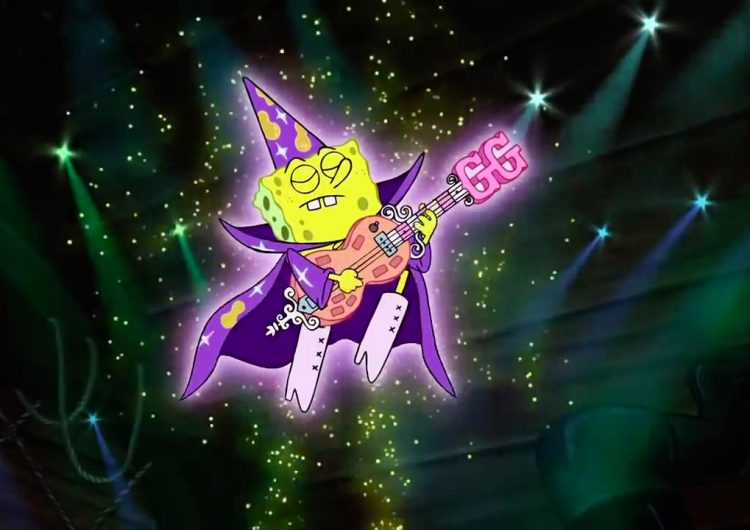 If there’s any bigger Nickelodeon fantasy than getting soaked in slime, it has to be this: an Instagram breeding ground of good Nickelodeon shit on sale.

IG account Nickelodeon Style connects us to stores that sell hella dope items from our favorite Nick shows. Thanks to this virtual goldmine, we’re free to fantasize about (and buy) existing merch that absolutely goes beyond expectations—no B.S. at all. From sweaters and socks to guide books, tank tops and even slow cookers, we’ll instantly be transported to the realm of our fave cartoons—and even become the characters ourselves. Shout out to the ’90s kids like me.

In the hopes of nursing both my excitement and frustration, I’ve listed the first things I’d get if this page were a physical store and I had all the money in the world. Cartoon gods, if you’re reading this, maybe take a chance on me?

Tie-dye and SpongeBob is definitely not the hybrid we expected, but we’re sure it’s the one we deserve. I never thought we’d thank SpongeBob for some fire ’fits.

Am I a twentysomething who’s expected to learn the ropes in life? Maybe. Am I willing to get advice from cartoon characters? That, I am more sure of.

The most crucial reads of the summer ? {shop #Nickelodeon books via link in bio}

Full disclosure: The first time I saw this, I instantly thought of that iconic ’90s Nickelodeon lunchbox. Remember that rocketship tumbler? Whoever pitched this cooler idea probably had a great childhood (or, at least, great recess memories) because of that lunchbox so they decided on a sequel.

IRL adventures may be on the backburner, but this cooler looks like a sick collectible. Especially when you see “The Angry Beavers,” “Hey Arnold!” and “Rugrats”.

Packing for the weekend? ~Cool~ it. It’s only Tuesday {‘90s Nick cooler via link in bio}

Who would forget the legends, the icons, the stars a.k.a. Pickles siblings? “Rugrats” wouldn’t be “Rugrats” without them.

Written above is probably the train of thought of whoever created this. No complaints, though—this makes us want a Nickelodeon-themed grocery shopping run now.

PICKLES! No, not Tommy and Angelica. Actual pickles to eat! ? Grab them on your next grocery run or thru delivery with @instacart, @wholefoods, @shipt and @peapoddelivers

Don’t need a box of chocolates when you have a sweet #GirlGang ? {tee via link in bio}

A glimpse of the Nickelodeon universe in a jacket

Show us how you’re getting dressed up to chill on the orange couch ? Tag @nickelodeonstyle + #NickStyleAtHome for a chance to be featured

SHAREThese days, we’re all about that binge life on Netflix. We go to...