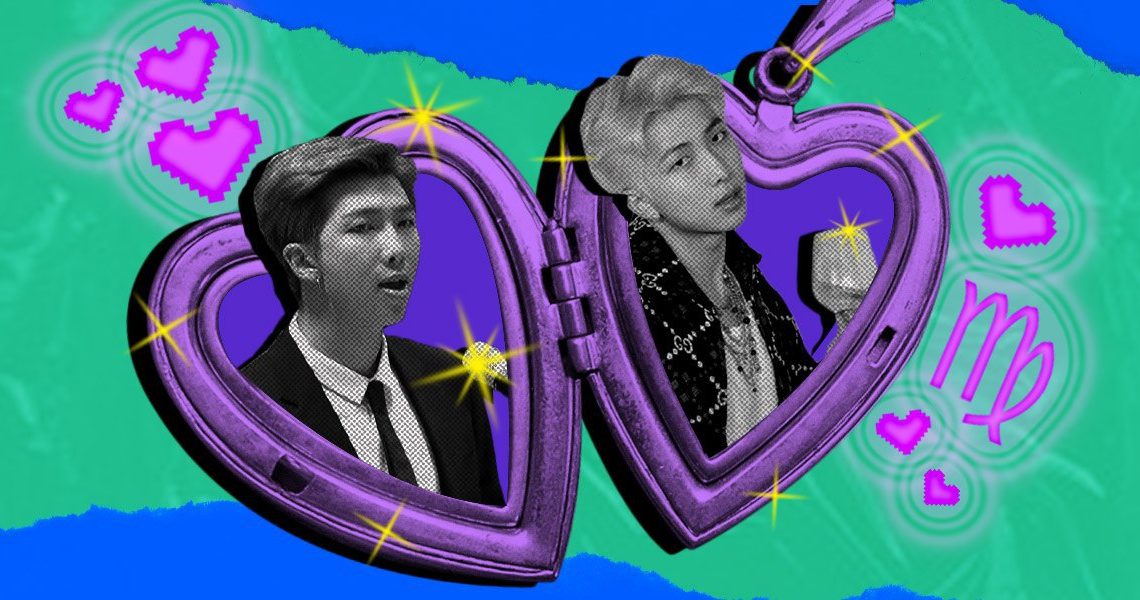 I’m not like other Gen-Z hoes. I’m just mildly intrigued by the zodiac, but I believe that we should all look beyond ancient stereotypes falsely predetermined by constellations.

… sorry, that was an attempt at being edgy. Guess it’s not my brand. Hello, I’m actually astrology trash.

But I’ll admit, astrology is fuckin’ weird. Many of the stuff it says adds up, but it fucks up when it dives into compatibility. Astrology tells me—Aries sun with a Virgo moon and Taurus rising—that earth signs will be the bane of my existence (even though my birth chart’s filled with earth signs), and yet the universe proceeds to throw earth sign after earth sign at my general direction.

One of these is BTS’ RM aka Kim Namjoon. Artist, leader and, unfortunately, Virgo sun.

? Happy Birthday to me ? pic.twitter.com/DjOU9Nw4XR

We have different reasons for choosing our biases. Astrology suggests that I’d be attracted to sociable, adventurous fire signs like Seokjin, but it was interesting that I gravitated toward Namjoon more rather than, say, Jungkook, another Virgo in the group (who exhibits more Leo than Virgo energy IMO).

Maybe I was intrigued by Namjoon’s ability to accidentally and comically destroy inanimate objects yet meticulously create thought-provoking (and vulnerable) songs that speak volumes. I came for his marketed quirkiness, and I stayed for the deeper things he had to offer.

Namjoon isn’t known for his sharp dance moves or sultry singing voice, but for the witty bars he writes himself and spits right at his dissers’ faces. He’s intelligent beyond academic measures, someone who would always have something to add to the conversation.

He’s a leader in every way, from how he keeps BTS together to how he holds his ideals and beliefs (mans spoke at the freaking United Nations, for crying out loud). A true moonchild, he’s the type of person to appreciate even the littlest things in life. Just look at how he holds this tiny frog.

Everything about him is perfect. Those goddamn dimples. His gender-neutral hypebeast fusion of an aesthetic. His irresistible love for literature and music. Maybe I can go on and say he’s my ideal significant other.

Namjoon reminds me of (most) people I’ve fallen hard for and never had a chance with. He reminds me of every intelligent perfectionist I’ve been involved, infatuated and at odds with. He reminds me of too many creative industry softbois who made it their entire personality to be ~cultured~. He has too many things in common with potential SOs who dipped out after I’ve been the least bit vulnerable. He even shares the same sun sign as most of the people who nitpicked at parts of my character before proceeding to ghost me (and as a Virgo moon myself, I know… the audacity).

It’s funny that I’ve taken a liking to Namjoon, the poster child of Virgo suns, while more than half of my love life is just direct and indirect rejections from Virgo suns.

Namjoon reminds me of (most) people I’ve fallen hard for and never had a chance with.

As much as I enjoy reading some Virgo roasting at local zodiac trashtalking groups (and I can vouch that a lot of them are spot on), I’d still like to believe that this isn’t the universe conspiring against me.

Maybe I’ve been unfair too, lumping people who’ve wronged me to their common denominator and reducing them to horoscope stereotypes, as if it’s the only answer I can give myself about relationships that could have been. Rather than actively seeking out answers, I convince myself that their need for perfection and my inability to achieve that is why our ties crumble and why I’ve been so unlucky (hey, look at me channeling my Virgo moon there).

I’m aware that Namjoon is an idol and that we only see a tiny part of his personality. The truth is, no matter how hard I try looking past people’s zodiac signs, the habit’s pretty hard to shake off because that’s the only way I can gauge a fraction of people’s personalities and if I’d vibe with them.

Who knows? Maybe I’d meet a Virgo whom I could actually vibe with before we clash like astrology says we would. Zodiac signs aren’t a reliable basis to get to know people (and I say that with my whole chest, it’s a hard pill to swallow but here we are), and some Virgos are for sure built differently from your generic mooncore softie. We’re more than our zodiac signs, even if our birth chart says eerily spot-on shit about us.