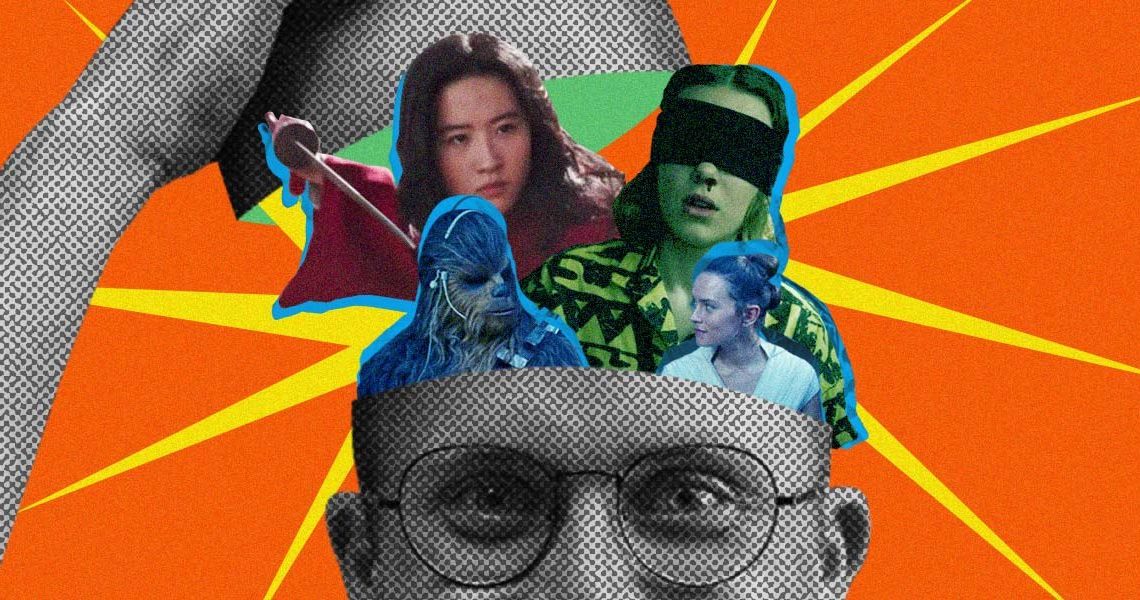 In case you didn’t know, I have my fair share of issues about the last “Star Wars” movie.

Since its release, I’ve listed the many, many reasons why a “Star Wars” fan like me disowned my favorite saga’s conclusion; it all boils down to that one cause plaguing pop culture—nostalgia.

Just as OG fans cling to the Luke Skywalkers and Boba Fetts of the original trilogy’s past, so did the filmmakers whose plots became the cinematic version of a hint, hint, nudge, nudge. In the sea of reboots, blockbusters operate by physically pulling the audience to ask, “Did you see what I did there?”

Of course, the audience eats it up. We cling to familiar characters from our childhood because they’re more than just narrative tools of made-up scenarios. They’re the fictional personifications of carefree days when the only thing we cared about was becoming them. And while being wistful isn’t a big deal to begin with, the problems lie in oversaturation and execution—so much so that we ditch new characters and narratives, just so icons of the past can continue living in the limelight.

In the sea of reboots, blockbusters operate by physically pulling the audience to ask, “Did you see what I did there?”

And that’s my main crux with “Star Wars” and the rest of pop culture hung up on nostalgia. New characters have become vessels for the past, with fans needing links for them to become relevant. We’re breaking off possibilities of newer stories, which got me thinking: What would Alpha kids be nostalgic about? Our own leftovers, now turned into recycled material?

Some critics pinpoint audiences’ obsession with nostalgia because it’s “safe,” much like how we don’t always experiment on a wild card pick in a menu. When adults choose their entertainment, fast-paced life leads them to pick wisely—especially if they have to use up a good two hours and their hard-earned cash. “The overabundance of content can make people feel overwhelmed,” says Cristel Russell, professor of marketing at Graziadio Business School. “It’s like going to a restaurant and the menu being 20 pages long. You’re probably just going to order something you’ve had before.”

For those who’ve opted to watch “The Office” for the nth time rather than a new Netflix series, Russell coins it as “volitional reconsumption.” This means that the choice isn’t just because of habit, but something deliberate. “The thing you’re watching hasn’t changed, but you have,” says Russell. “You’ve accumulated all this knowledge and experience, so you’re not looking at it through the same eyes. When you revisit it, you get to see how much you have changed as a person.”

New characters have become vessels for the past, with fans needing links for them to become relevant.

But most of us easily fall into looking at it through rose-tinted glasses or the so-called “nostalgia goggles.” In the case of old flicks brought back to life as reboots, we either see it as the self-aware viewer who watches them through a different lens or as someone who clings to the original and constantly compares it with its older version. We can’t exactly escape from that either—by its nature, reboots are attached to its source material, no matter how much we should see it as some kind of different entity.

And while some may look at it through another POV, there are those who want to keep it as pristine as possible, lest their childhood gods be tarnished by these new stories (Case in point: the whole Luke in “Last Jedi” debacle, who was pushed from his god-like pedestal made by old fans).

Restorative, reflective and the balance of the force(s)

There are actual terms for these forces of nostalgia, according to Svetlana Boym. One is restorative, which is defined as an urge to recapture the past times just as they appeared before. Restorative nostalgia isn’t self-aware at the least—it thinks of itself as “truth and tradition” that’s protecting the “absolute truth,” while its twin, reflective nostalgia, does not.

Think of reflective nostalgia as the tongue-in-cheek memes that make fun of Y2K clothes we passed as outfits. Restorative is someone more uptight, while reflective revels in the irony of the past—basically, it still keeps it wistful, but it’s pretty aware that we can’t really travel back in time. To those who sign up for a restorative kind of nostalgia, any change is threatening.

Nostalgia isn’t something locked in the past but a springboard for pop culture’s evolution. And right now, it’s only onwards from here.

“This is why some people feel personally attacked when the markers of their nostalgic past are questioned or criticized,” writes SyFy. “When you have tied so much of your personality and worth to, say, that cartoon you loved as a kid, it will inevitably be hard to move on when it’s remade for a new audience and you’re not part of that target demographic.”

While they may think restorative nostalgia calls for an existential makeover on childhood shows, this doesn’t mean creators can slap on a dark and gritty filter and say “it’s a wrap” (please, don’t). Just as one writer says, the past should be explored because the story demands it—nostalgic stories for the sake of nostalgia is a pitfall waiting to form.

Like most things, nostalgia is a balancing act. Pouring creative force into reviving figures from pop culture’s graves—and making it all about them—is one end of the spectrum. Corrupting them into grittier versions to fit our adult perspectives is another. The secret is in hitting the sweet spot while paving the way for newer stories to have their time in the spotlight. Nostalgia isn’t something locked in the past but a springboard for pop culture’s evolution. And right now, it’s only onwards from here.

SHAREYesterday’s La Salle-Ateneo game was, without a doubt, the most controversial game of...