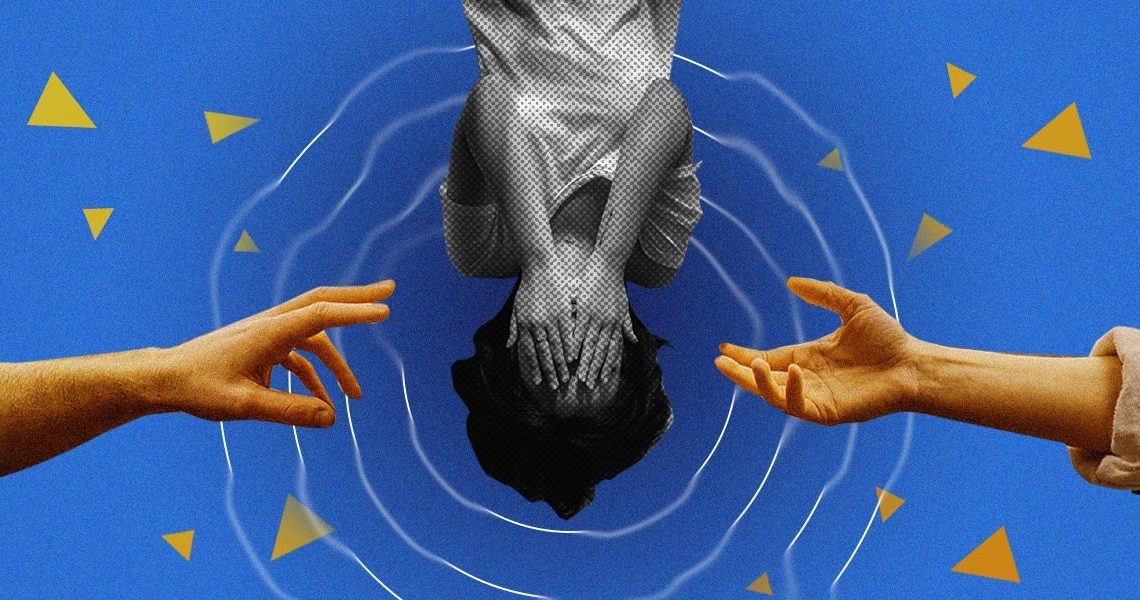 I appreciate the occasional person who’s kind enough to check up on me once in a while but find myself saying the same generic things. Expressing my honest feelings in the middle of a pandemic is tricky too, mostly because I’m often met with the same responses.

“Just relax. Stay positive!” Wish it was that easy but given the context of our situation right now, I hope you don’t mean the other kind of positive.

“Snap out of it, don’t think about it too much.” Thanks, but I was born with the natural ability to overthink. Saved me a few times, disrupted my sleep schedule most of the time.

Or, wait for it… “Well, some people have it harder. Suck it up.”

Really? Coming from the same people who frequently pop up on my timeline sharing soppy positivity posts? Here, have an eye-rolling emoji.

The urge to just deactivate my accounts and disappear off the face of the virtual world is just too tempting. But then I remember, oh yeah, I need them for my job.

Maybe you’re like me. Maybe you just want to feel okay for once without overthinking that your semi-okay day today means you’re gonna have a shitty time ahead.

Where do you go when the same spaces that promote such concepts don’t actually adhere to it? I tried therapy. Virtual, at least.

I signed up for a free mental health service a few months ago. I didn’t think I’d get a response soon, given that depression rates in the country are rising. But I was paired with a mental health volunteer within a day and immediately started conversing with them via SMS.

It didn’t feel very helpful for me to be honest. Maybe because the volley of a conversation wasn’t there. I felt guilty for eating up their precious time so I ended up thanking them for their patience and moving on with my usual routine, mental health still in shambles.

I tried taking days off from work as mental health days.

It was horrible. I saw the same walls, the same room I holed myself in while working and the same house I’m stuck in. Taking a mental health day while stuck at home just felt like a normal Sunday, with the dread of work looming over me as I attempted to take some form of rest without feeling guilty (and failing).

I don’t have sage advice for you because that’s a professional’s job. I just want you to know that we see you and you’re valid, whatever you’re going through.

That thought already crossed my mind, TBH. Like, maybe that was the root cause: guilt. Whether for eating up people’s time, for resting when you could be doing other things or for enjoying little things while others are having it worse, it’s there and it wouldn’t go the fuck away.

Who do I pin the blame on? Upbringing? The media I consumed since childhood? Myself? (Ah, there’s the guilt at play again)

Maybe you’re like me. Maybe you just want to feel okay for once without overthinking that your semi-okay day today means you’re gonna have a shitty time ahead. Here’s to us who want more than band-aid solutions but only have band-aid solutions at our disposal.

I don’t have sage advice for you because that’s a professional’s job. I just want you (yes, you, reader) to know that we see you and you’re valid, whatever you’re going through.

We all have different ways of dealing with our business. Giving our local mental healthcare hotline a call. Going old school with journaling. Letting our phone help us, too. Mine just happened to be broadcasting it on the internet. Does it work? Somehow, ’cause knowing someone else could be reading this and relating to it takes some of that guilt away.

SHAREIn today’s episode of Why Can’t We Have Nice Things?: The government has...

SHAREMental health allies, sound the bells! After years since the bill was first...

SHARESo because President-elect Rody Duterte is still all-in on his war against traditional media...