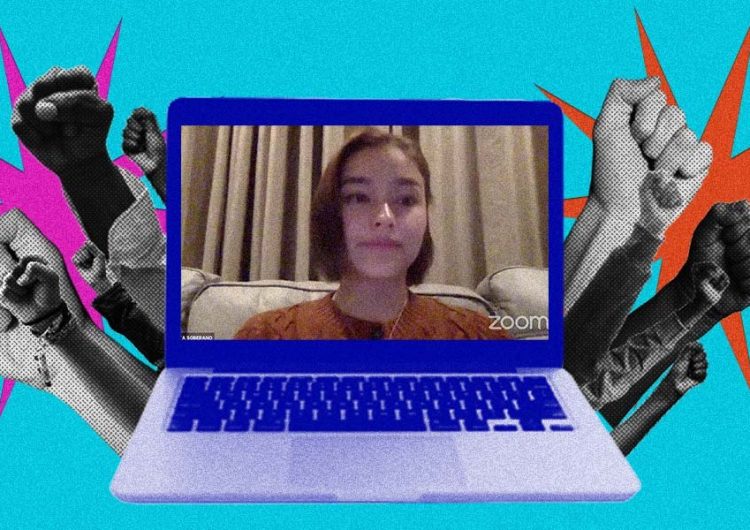 “I find it so unfair that we women have to go out every day in fear of getting catcalled, in fear of dressing a certain way and getting called out,” said Liza Soberano at a Gabriela Youth webinar.

Since speaking up for women’s rights at “Mga Tinig ni Nene: Reclaiming Our Voices on the International Day of the Girl Child” on Oct. 13, she has faced not one but multiple red-tagging threats.

This includes an absolutely confusing—and peak mansplaining—statement from Lt. Gen. Antonio Parlade Jr. who first explained that people “shouldn’t red-tag Liza Soberano” before proceeding with some disconcerting remarks. “Is she an NPA? No, of course not. Not yet.” Parlade also mentioned Josephine “Jo” Lapira, a UP Manila student and activist who was killed in a clash between government troops and insurgents in 2017, in an attempt to appeal to Liza to “not suffer the same fate.”

In response, Liza Soberano’s camp issued a statement today, Oct. 22. Though they condemned the red-tagging of Liza and made it clear that she advocates for women and children, people noticed a part of the letter that seemed to have invalidated Liza’s recent actions: “Ms. Soberano remains to be apolitical.”

In the statement, Liza’s legal counsel Atty. Jun Lim continued, “She does not support nor antagonize any person’s political views. The important part here is respect for others, a virtue she has conscientiously practised all her life.”

In the first place, fighting for children’s and women’s rights is political—and there’s nothing wrong with that. Protesting against macho-fascism and any other form of injustice means questioning the system, which is a political act in itself. After all, Liza has also been using her voice against the Anti-Terrorism Law and the ABS-CBN shutdown, both of which are sociopolitical issues.

The statement from Liza’s team closes with, “we, thus, call on everyone concerned to be circumspect in associating our client with their respective political beliefs, whatever it may be.” Maybe what her team meant was she’s non-partisan?

Calling progressive acts as “apolitical” downplays their purpose. Being “political” is everyone’s duty, after all—as citizens, it’s important that we stay critical about what’s going on.

SHARE“With every generation, there is a slayer.” Wait, that’s the wrong ’90s franchise....