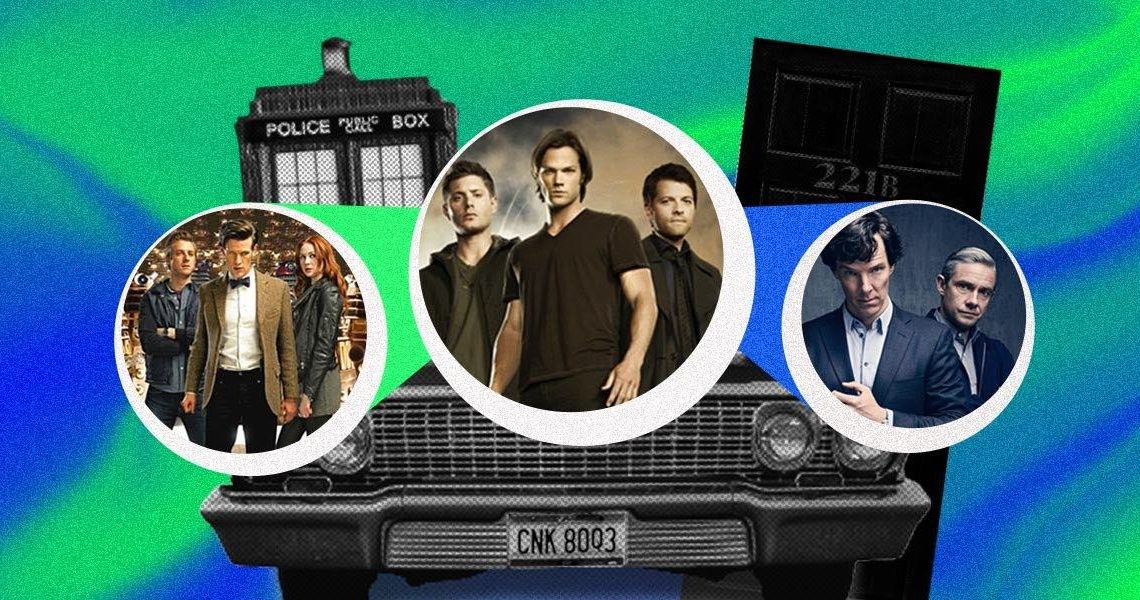 When most were too busy preparing for the 2012 apocalypse, I spent mornings and several nights doing one thing: scrolling through the endless abyss known as Tumblr.

The microblogging site seemed to hit its peak during that year. Nerds had a mass exodus from LiveJournal, shoelaces from the president were a weird code and “cringe” was given a definition before we realized it.

At its center was the most popular portmanteau after Larry Stylinson: Superwholock.

For those who missed that fandom phase, Superwholock combines three of the most popular shows then, reigning over like overlords with GIFs and too-long threads. There was “Doctor Who,” the oldest kid of the bunch, a 50-something-year-old British show about a time-traveling alien. Its brother was “Sherlock,” a modern adaptation of Arthur Conan Doyle’s detective series. “Supernatural” was their American cousin, a show about two demon-slaying brothers. Despite their different settings and storylines, the three of them ran a powerhouse.

According to Fanlore, the first Tumblr post tagged as “superwholock” was made in 2011. The earliest AO3 fic with the Superwholock tag was made a year later. The trio of shows gained so much popularity that they slipped into academia, with several thesis papers made on the subject speaking about Superwholock as a neo-subculture and the power of fan text in the digital era.

To spot a Superwholockian in the wild, they’ll most likely check these marks: 1) A really long mishmashed username like tardis-in-the-impala-at-221B; 2) a propensity to hijack posts with a reaction GIF from any of the shows and 3) they’re probably a Destiel and/or Johnlock shipper.

Folks who sported these criteria filled most of Tumblr until it became almost synonymous with the site. As the shows thrived (counting “Doctor Who’s” 50th anniversary, “Sherlock’s” return from a long hiatus and “Supernatural’s” 2,450th season), so did their fans. When the 2012 doomsday didn’t happen, the April Fools’ Mischapocalypse took its place. Benedict Cumberbatch, along with his numerous similar-sounding nicknames, was catapulted into internet boyfriend status. And then, for some reason, it all disappeared… just like that.

Superwholock defined the experience of fan culture as a whole—intense passion, expressed in a unified space that happened to be Tumblr.

There are many theories as to the disappearance of the Superwholock fandom. One of these pinpoints to an event that caused its downfall after a long history of toxicity: Dashcon, a fan-run convention for Tumblr users, the nerdy version of Fyre Fest due to a background steeped in issues. For some, it was the tipping point of several reasons for the eventual fall of the Superwholock empire. Cancel culture became a thing and faves like Benedict C. and Jensen Ackles were problematic. The shows themselves didn’t escape the microscope, when people began to realize that their POC and queer representation could do a whole lot better—and that “Supernatural” and “Sherlock” could maybe lay off the queerbaiting.

While these specific reasons have their points, a much more natural one was at its core: These kids have grown up and interests change over time. They didn’t tune in to “Doctor Who” every Sunday any more (guilty as charged). “Supernatural” had run its course and “Sherlock’s” hiatuses were too far in between that we forgot what canon was. Things became stagnant and, in hindsight, former Superwholockians realized the “cringey” ways of their past.

While the influx of threads and GIFS may have been annoying in the way only little siblings can be, it was unapologetic fandom at its finest.

The Superwholock culture had its faults, sure. But looking back at my Tumblr archives, I’m A-okay at keeping my outright “Doctor Who” fangirling there. Despite claims of the fandom being obnoxious, it was a relatively harmless time that defined the experience of fan culture as a whole—intense passion, expressed in a unified space that happened to be Tumblr. And while the influx of threads and GIFS may have been annoying in the way only little siblings can be, it was unapologetic fandom at its finest.

Recently, old fandoms of the past have resurrected from their graves. “Twilight” became cool again as it’s protected by the distance of time—nostalgia has a way of doing that. Do we expect Superwholock to rise from the ashes anytime soon? With the way the internet goes, it’s certainly a possibility. But for Superwholock to get its triumphant return, we’ll have to shove the so-called cringe out. It’s about time we let fans be fans, anyway.

SHAREIf you aren’t paying attention to P-Pop boy band SB19 yet, just a...

SHARETwo philosophers once said that the annual problem of our generation is finding...

SHARENot everyone is given the chance to work with their ultimate idol. For...