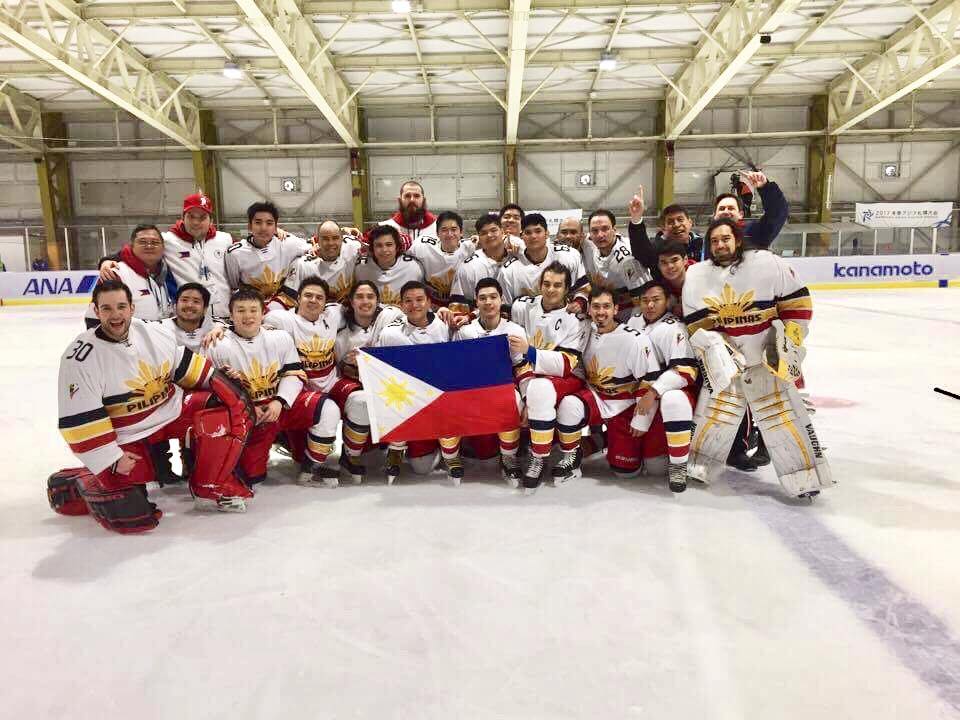 The Philippines just won a bronze medal in ice hockey at the recently concluded Asian Winter Games in Sapporo, Japan last February 26. This is the first time that the Philippines has entered an ice hockey team.

Let that sink in for a moment. It’s a wonderful surprise that a tropical country like ours would win–let alone participate–in a winter sport. Let’s face it: not many of us dreamed of being part of an ice hockey team while we were growing up. Save for the The Mighty Ducks and occasional blips on sports channels, ice hockey hasn’t been part of what we’ve seen on daily television.

The Philippines knocked out Macau, China for third place while Turkmenistan edged out Kyrgyzstan for top place.

This also makes the victory kind of telling about how we approach sports teams–if the Philippine national hockey team didn’t win, would we have known about them? Whether or not we back here recognize them doesn’t mean that this team isn’t more deserving.

Next week, another Philippine delegation will compete at the 2017 IIHF Ice Hockey Women’s Challenge Cup of Asia.

SHAREGone are the days that social media was just a tool of simple...

SHAREAre you ready to shed more tears over a Makoto Shinkai film? We...

After so long, Pokemon Go developers Niantic Labs are finally putting in brand-new...