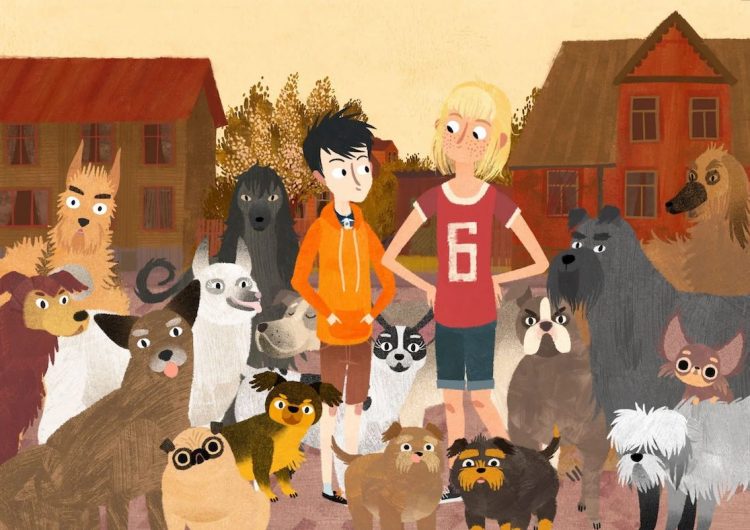 The world of cinema may be under some limitations, but film fests continue on—at least on the digital side. For European-leaning cinephiles, Cine Europa Philippines is taking its festival to the streaming sphere. From Oct. 31 to Nov. 29, virtual theater-goers can catch 19 flicks from different corners of the European continent. Just head over to the site to register.

After a diamond robbery, Mel and her panicky hostage Franny race against a detective chasing after them, where they suddenly find themselves needing to work together.

“Women on the Run”

In this Czech rom-com, a mom and her three adult daughters train for a marathon three months away to fulfill her husband’s last wish.

“And Then We Danced”

Two dancers have been training for their chance in the National Georgian Ensemble. Another dancer comes into the picture, sparking both an intense rivalry and an obvious romantic tension.

“Buñuel in the Labyrinth of the Turtles”

In this animated film set in 1930 Paris, Luis Buñuel is left broke after a falling out with artist Salvador Dalí. Sculptor and friend Ramón Acín buys a lottery ticket with a promise to give his prize to fund Buñuel’s next film.

“King of the Belgians”

The Belgian king and his team are stuck in Istanbul when the French-speaking half of Belgium finally declares independence.

Tamás Merthner is left with a broken heart after his girlfriend Anna breaks up with him. While on a depressive bout, Tamás gets existential in a quest to believe in life after love.

“All These Sleepless Nights”

Two art students from Warsaw wander around its streets where they discover the stories of its past and future.

It’s winter in 1850s Denmark, and an old farmer’s family is on the brink of starvation. Their fortune takes a turn when a rich farmer from a nearby farm expresses interest in buying his land.

A woman working for a baby trafficking scheme gets in a moral dilemma when she finds herself pregnant.

Seventeen-year-old Raya, her grandmother and her little brother Robis’ lives suddenly change after a series of traumatic events in the Latvian countryside.

“Jacob, Mimmi and the Talking Dogs”

Two kids are on a summer adventure in this animated flick, where they—and two talking dogs—rescue an ancient wooden-house neighborhood from total reconstruction.

The crime/thriller film centers on a Slovakian tobacco trafficker who clashes with an enemy—a Ukrainian drug trafficker who’s really out for blood.

Palestinian writer Salam works for one of the most popular soap operas in Jerusalem. His career takes off when he finds the source of his plot points—an Israeli soldier he meets by weird fate.

Budding conductor and protagonist Antonia Brico has dreams to make it big—if only they would take her seriously as a woman in the industry.

“She is the Other Gaze”

The documentary features five female visual artists Renate Bertlmann, Linda Christanell, Lore Heuermann, Karin Mack and Margot Pilz as they discuss the meaning of feminism along with their art.

After a mysterious woman died alone, Elina buys her abandoned house. As she discovers the dead woman’s old books and photos, the metaphorical ghost comes alive as her old possessions tell her story.

“My Life as a Zucchini”

After the death of his mother, Icare is sent to an orphanage where he learns to make friends and eventually understands the meaning of trust.

A bullied 12-year-old boy befriends an 11-year-old Syrian refugee as they find a common interest in soccer.

Still from “Jacob, Mimmi and the Talking Dogs”