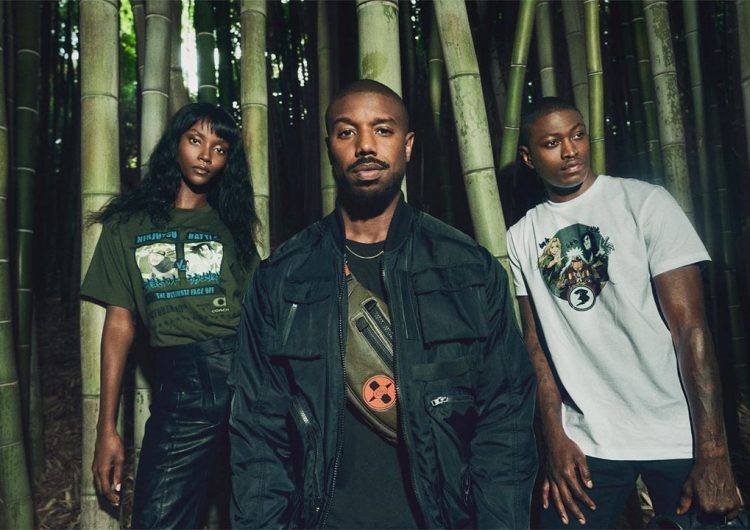 Michael B. Jordan: award-winning actor, GQ poster boy, and self-professed weab. From telling the world that Goku and Naruto are the real ones to live-tweeting his “Naruto” feels, it’s safe to say that Jordan is an anime fan just like us. But only the real ones know that.

Now, Jordan is letting the world know that he’s the ultimate stan. How? By making premium Naruto merch with luxury brand Coach, of course.

The actor-producer announced his collaboration with Coach last Oct. 1. Through Instagram, he posted snippets of his lookbook. The first post is a 3-D stereoscopic video of Michael sporting a Signature Rasengan denim jacket. In his caption, he says that the Rasengan was a must for his collection. And we couldn’t agree more.

“There’s a whole community lying dormant that has a thirst for seeing themselves in anime, and having characters that represent them so they don’t have to imagine that hard,” says Jordan in his Highsnobiety interview. “He did a Coach collab and that completely validated anime for us. It makes people not want to keep it in their room; it makes them want to blurt it out and be proud,” expounds Viz Media’s Alex Lee in the same interview.

This collection is available online and in stores. It will also have global pop-ups in Japan, Malaysia, and the United States. Sadly, we’re not on the list. For now, I guess we can gawk at what local anime conventions can offer us. May we be blessed with Jordan’s fresh anime drips someday.

SHAREEver wondered who among our generation will stand out in the future? Like...

SHAREAfter heaps of tours (with Manila as one of his favorite stops) in...