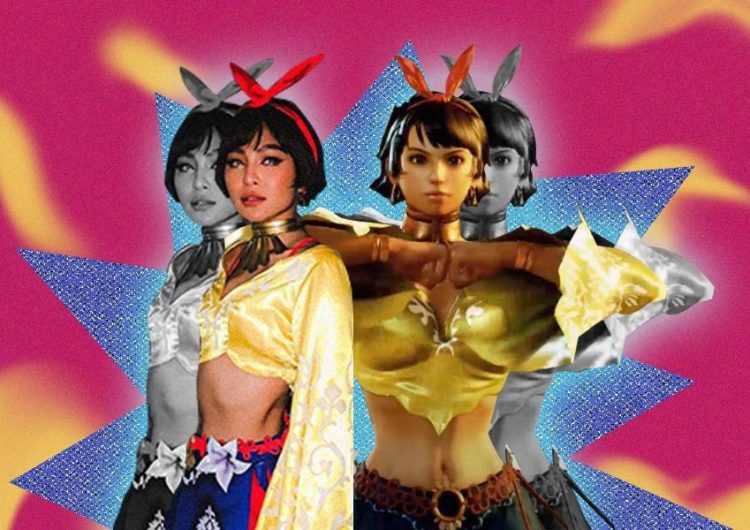 Darna’s old news, folks. Nadine Lustre has another superbly powerful character to reenact (in the cosplay sense, that is), and she just got the seal of approval from a prominent video game director.

The actress-slash-singer was spotted wearing the complete getup of Tekken 7’s Josie Rizal, as seen on photographer Andrei Suleik’s Instagram post. The costume—adorned with the same details as the video game’s character with its distinguishable red, yellow and blue motif—was made by costume designer Christian Mark Rodil.

Kya and Ate Josie off duty. ?

For those out of the loop, Tekken’s Josie Rizal was introduced back in 2015 as the video game series’ first Filipino playable character. Adept at arnis-based kickboxing, Josie also moonlights as a model during the day.

Katsuhiro Harada, Tekken’s game director and chief producer, shared his thoughts on Twitter regarding Lustre’s cosplay, summing them up in one word: “Perfect.”

This isn’t the first time that Nadine has been the inspiration behind the face of other heroes. Early last year, it was unveiled that the face of Marvel’s first Filipina superhero was heavily inspired by Nadine herself. Hey, what can we say? She just gives off superhero vibes.

This badass energy is our fave new year gift

SHAREFilipino band Sound Architects is banging our doors once again through atmospheric déjà vus and...

Hey aspiring curators, CCP has a new workshop for you