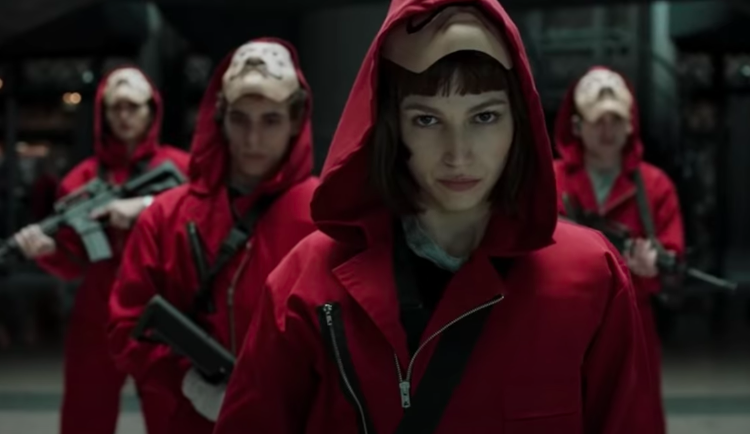 Look, our beef with unnecessary remakes (looking at you, “gritty” ones) has long been immortalized. Even you, our reader, might be part of this study’s respondents. But our beef doesn’t revolve around our pride. There can be a few exceptions every now and then, and our latest target is this Korean remake of the crime series “Money Heist.”

Originally known as “La Casa de Papel,” this massive Netflix hit will be getting a Korean remake to be directed by Kim Hon-sun (“Voice”) and written by Ryu Yong-jae and team (“Psychopath Diary”).

“They have managed, like our series, to go beyond cultural borders and become a point of reference for thousands of viewers around the world, especially among young people,” said Alex Pina, creator and executive producer of the original series, as he described how Koreans crossed boundaries and captivated audiences globally.

He added, “That is why we were attracted to the potential of a Korean version of ‘Money Heist.’ I am excited to see what will happen when this case unfolds against the backdrop of the Korean peninsula.”

You know what? Based on how Korean storytellers handle their material, we might really give this a chance and start the waiting game.

A collaboration between BH Entertainment and Contents Zium, this Korean “Money Heist” remake has yet to serve us its full details, including its premiere date and cast. But if you have the chance to pitch, who will make up your dream cast? Sound off on Twitter and tag us @scoutmagph.

SHAREFind the music too loud at concerts and festivals? It doesn’t mean you’re...

SHAREI can’t draw to save my life. This was the reason why I...