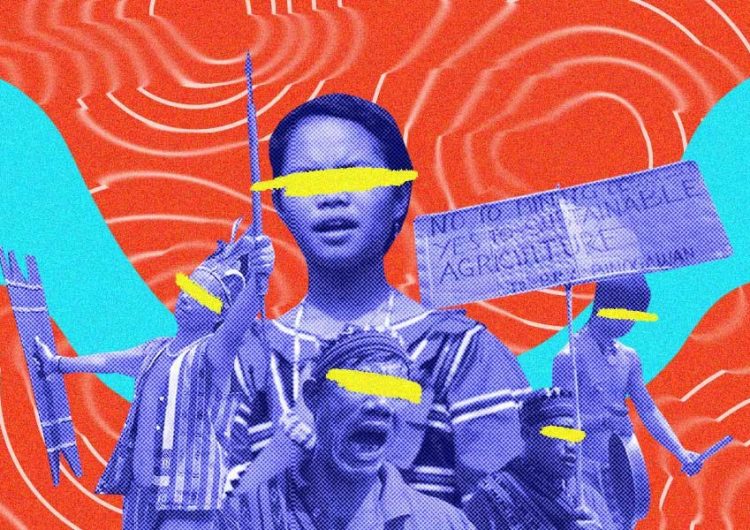 Threats are the common denominator in President Rodrigo Duterte’s public addresses, and yesterday’s speech was no exception.

(Let a woman fight a soldier, she will surely die.)

Prior to this, Duterte called groups like the Makabayan bloc “legal communist fronts,” adding that “I think 75 percent, at least in Mindanao, are Lumads.”

Duterte then “advised” Lumads to go home, or else they will face crucial consequences. According to him, Lumads are heavily influenced by the CPP-NPA. “Sabihin ninyo sa mga tao ninyo na niloloko na lang sila… Niloloko ng NPA talaga. Totoo ‘yan. Ang maraming namatay ang Lumad,” he said. “So if this thing goes on, the Lumad, the really native Filipinos, will become an extinct tribe.”

In the past, Duterte’s relationship with the Lumads has been characterized by threats. In 2017, he vowed to bomb Lumad schools using the Philippine Air Force, after claiming that they teach kids subversion, communism and rebellion. “Kung may kalokohan kayo, eh di mas lalo na ako,” he said.

In 2018, Duterte presented a gameplan with the Lumads: to “hamlet” them. “Why? Because if they remain scattered, they are really in danger,” he said. “I cannot get their loyalty if they are scattered because they are afraid to be far from each other.” According to him, this is to ensure that IPs (indigenous peoples) are protected from the NPA and identify those outside the hamlets as “enemies.”

IPs have long been struggling not only in protecting themselves but also their ancestral lands from exploitation by corporations. However, the government has repeatedly ignored their calls and even defended investors’ entry into their rich territories.

If you want to help Lumad communities, you can reach out to Save Our Schools Network, a group of children’s rights advocates, organizations and stakeholders that take action against the violation, militarization and attacks on schools.

SHAREIn what is probably one of the greatest crossovers of the year (take...

SHAREThat Duterte anime we showed you last week looked like the advent of...

SHAREWomen of the Weeping River, a film that bagged numerous awards and international acclaim, finally...