To casual listeners and non-fans, DPR may exist in the K-pop and 88rising Venn diagram as one of the groups helping define what’s cool in K-hip-hop and K-R&B right now. But what DPR has achieved with their 2022 The Regime World Tour is a more elevated showcase of their discography that really lives up to the group’s vision. Lucky for us, Manila got to witness it.

DPR, which stands for Dream Perfect Regime, isn’t just a musicians’ collective. It’s a multi-genre music and video group based in Seoul whose main focus is to “engage all audiences by actualizing a distinctive audiovisual experience.”

The Regime Tour is their second world tour to date, following 2018’s Coming To You Live. Since then, the group has released several albums. DPR Live had us dancing to his daring yet fun hip-hop bops on “Is Anybody Out There?” and “Lite Cool.” DPR Ian provided an interesting contrast with his dark and theatrical R&B masterpieces “Moodswings in This Order” and its follow-up “Moodswings In To Order.” The show was bound to surpass its predecessor.

Arriving at The Filinvest Tent for The Regime Tour in Manila on Nov. 30, I was met with a young and stylish crowd lining up. I even spotted one Dreamer (the group’s fandom name) in a cool jacket with what looks like a grungy screen printed design dedicated to DPR Ian’s albums. 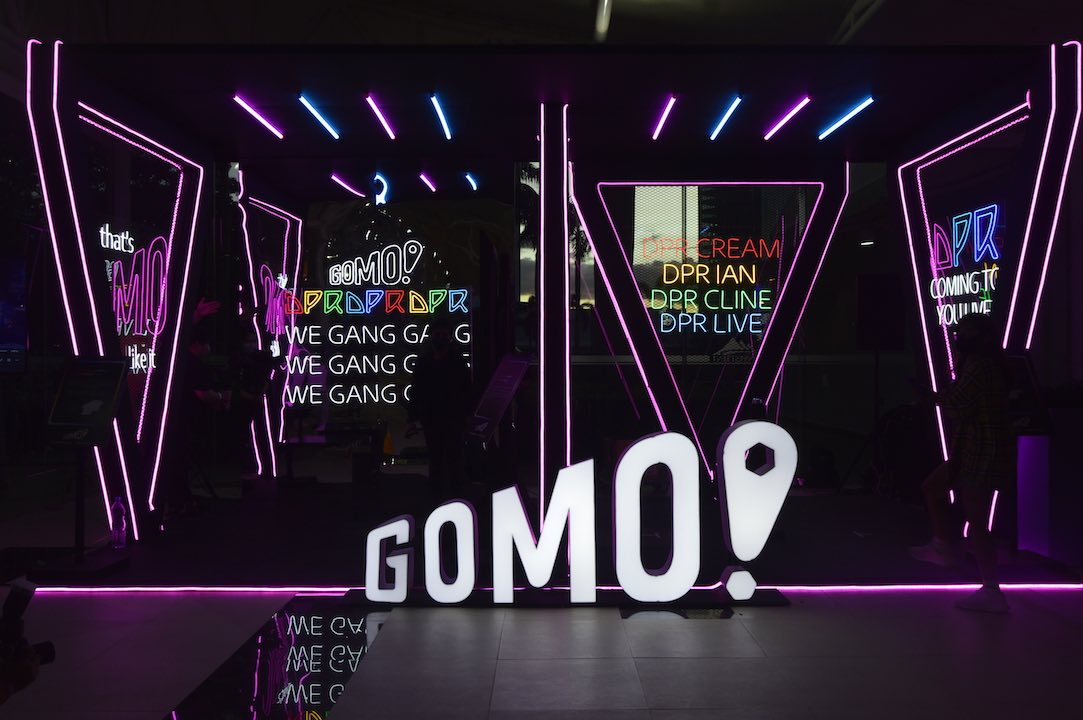 The neon-lit photo booths set up by GOMO

While the group doesn’t have an official lightstick like their K-pop counterparts, Karpos Multimedia offered neon glow sticks upon entry. You could even take pictures in neon-lit booths set up by GOMO at the lobby. We were ready to party—especially VIP ticket holders who were given neon pink wigs similar to the one present in the “Yellow Cab” music video.

In case you’re feeling intense FOMO, here’s a summary of their creative performances, crowd interactions, and the overall feeling of experiencing their setlist:

Blasting off with beats that go hard 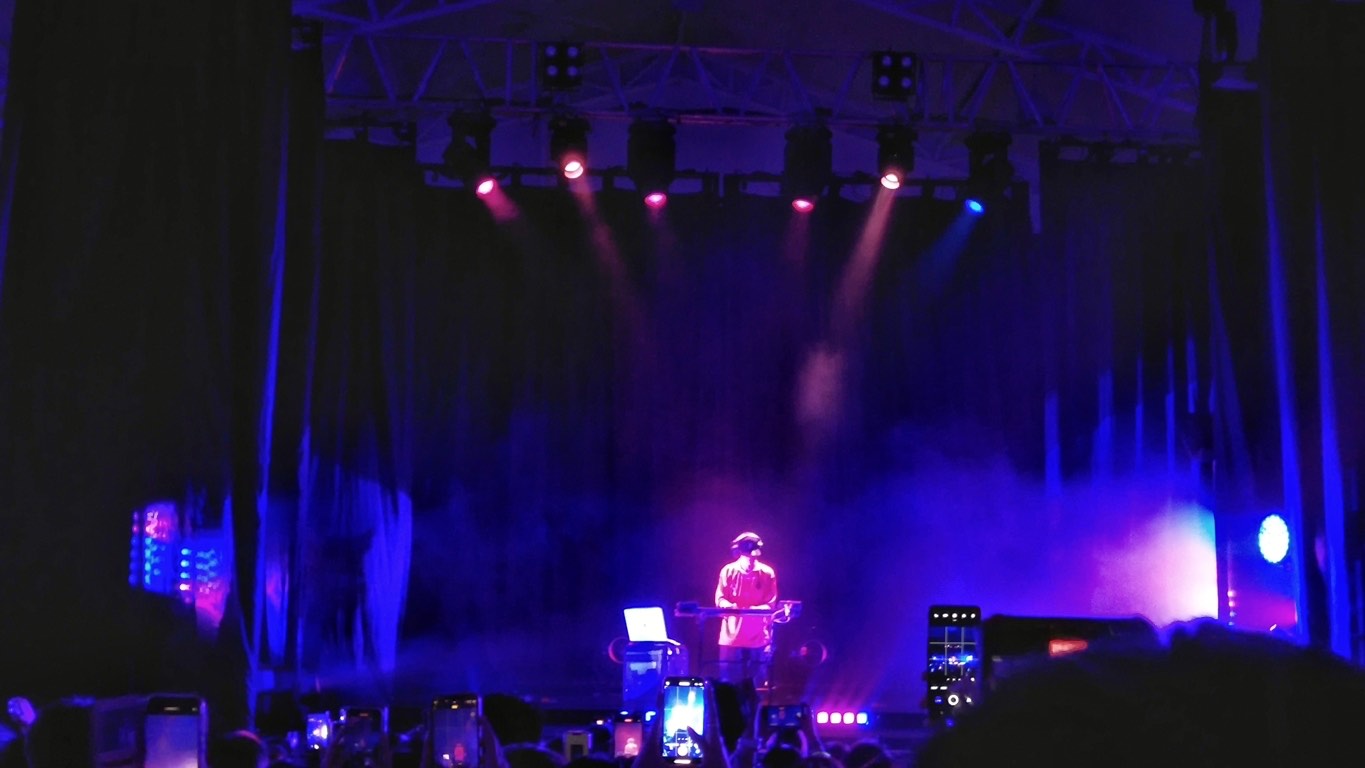 DPR Cream, born Kim Kyung-mo, opened the show with sick beats that felt even more electric (excuse the wordplay) by a backdrop of smoke and neon lights. His set even featured instrumental versions of tracks from “The Voyager 737.” He had the crowd bouncing and set a bit of a futuristic vibe that connects it to the next set. 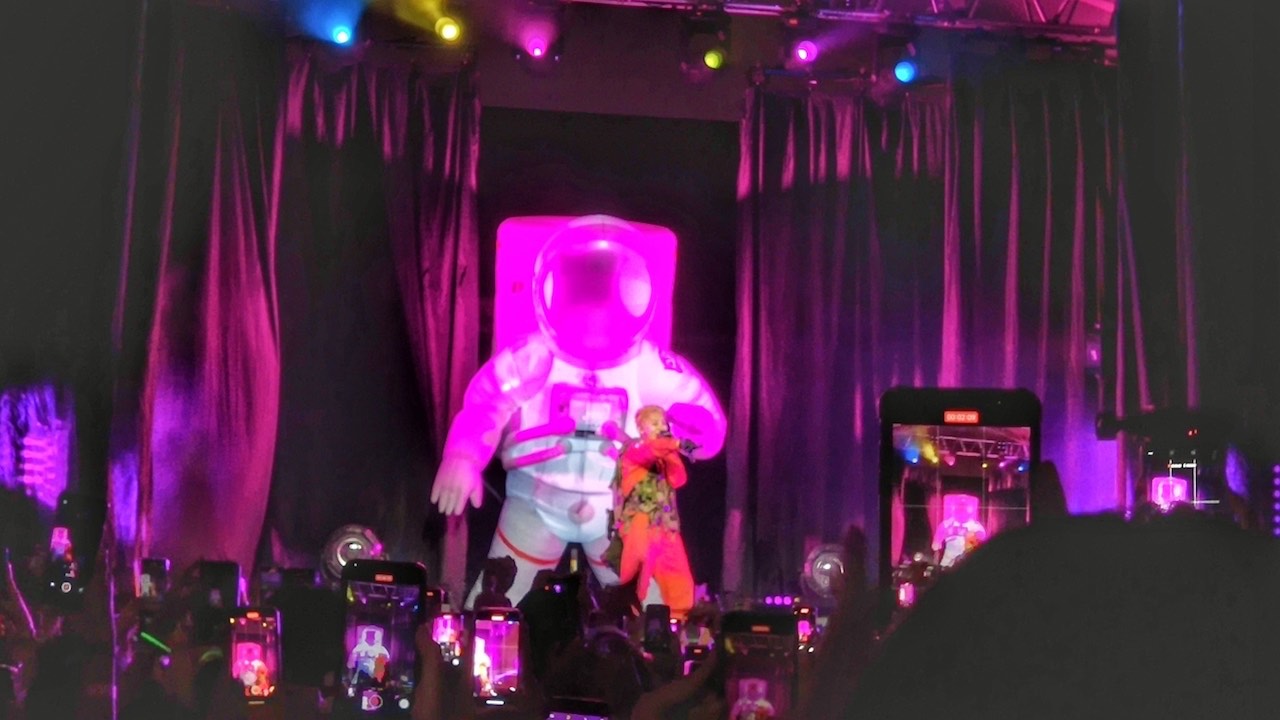 DPR Live with a giant inflatable astronaut behind him

DPR Live, born Hong Da-bin, then makes an explosive entrance in a techwear costume with “Legacy.” And almost like magic, a giant inflatable astronaut appears and hovers behind him during “S.O.S” and “Neon.” 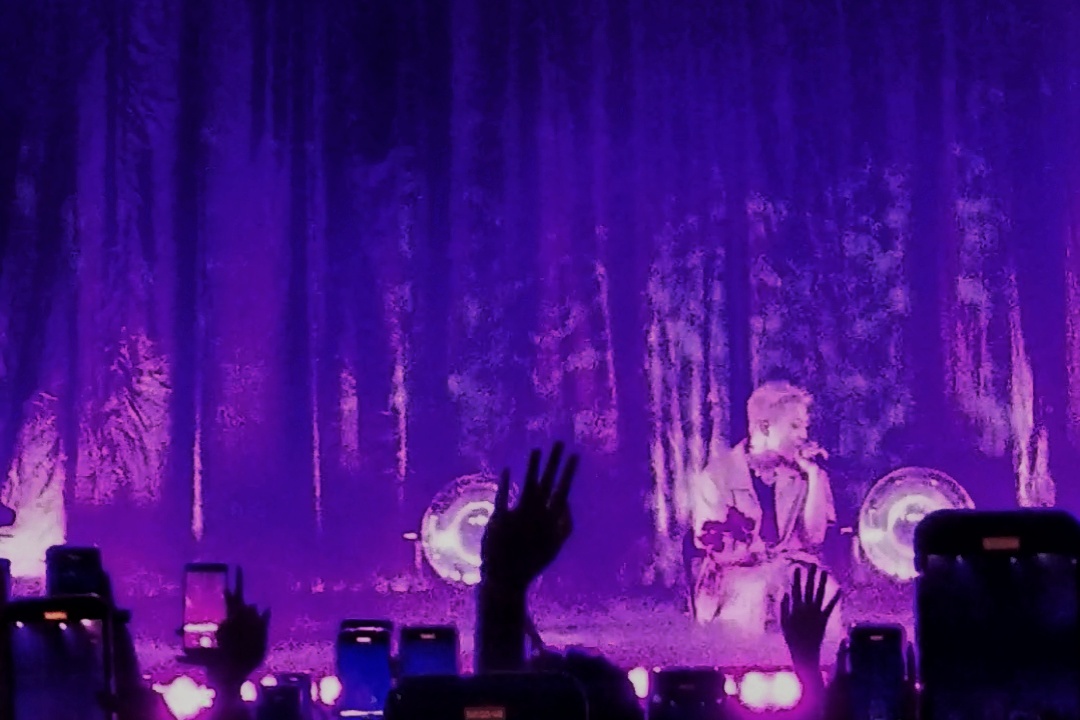 DPR Live with a handful of roses

DPR Live cooled us down with “To Whoever” to get us ready for the slower tempos of chill and sultry tracks like “Thirst,” “Know Me,” “Cheese & Wine,” and “Laputa.” For “Venus,” he made us swoon as he threw roses at the crowd. He then chatted with the crowd and told us that his first crush while growing up in Guam was a Filipina. Having spent a lot of time with a lot of Filipino classmates, he said that performing here felt comforting. NGL, that made “Kiss Me,” “Jasmine,” and “Jam & Butterfly” sound even sweeter. 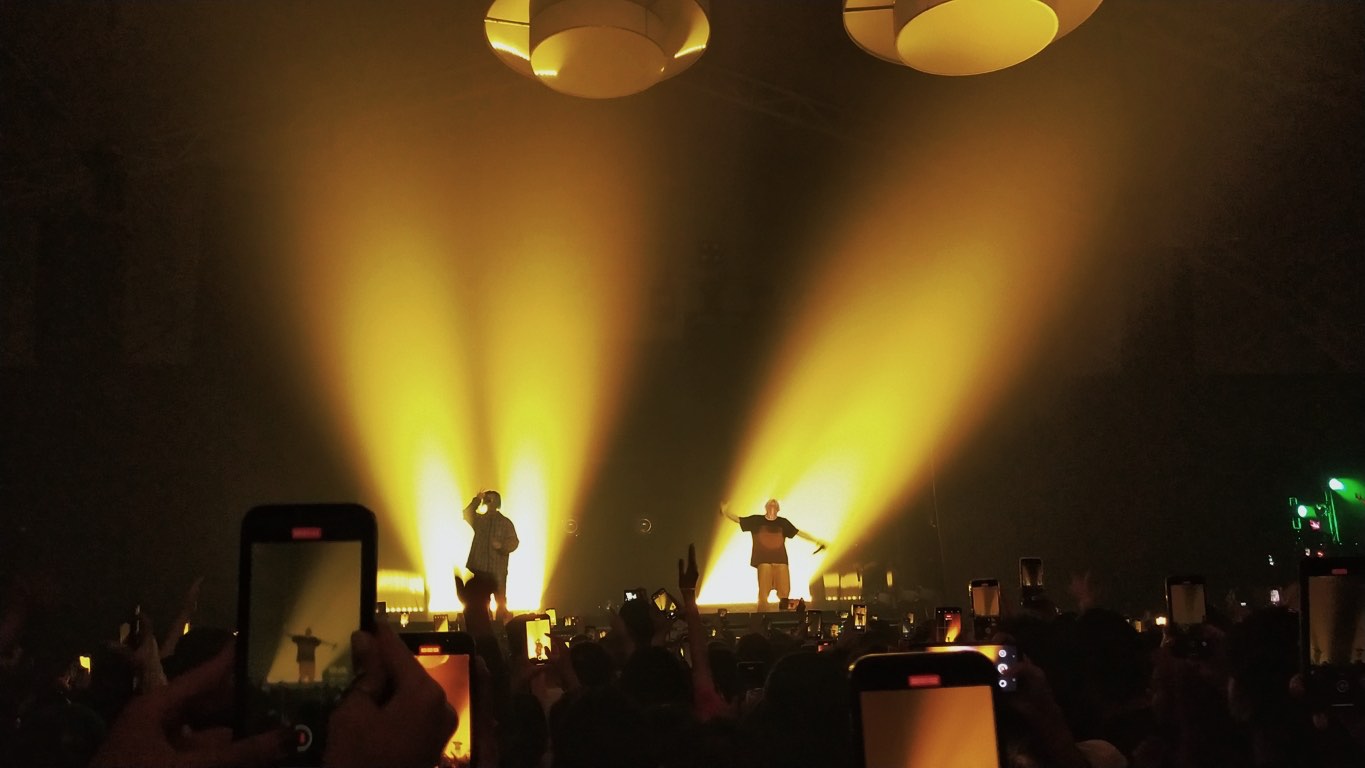 DPR Live and DPR Cline “Set It Off.”

Then we entered party mode as fans waved their pink wigs in the air during “Yellow Cab.” The hype continued with “Summer Tights,” “Text Me,” when he started throwing ring pool floats during “Hula Hoops,” “Martini Blue,” and as DPR Cline joined him for “Set It Off.” 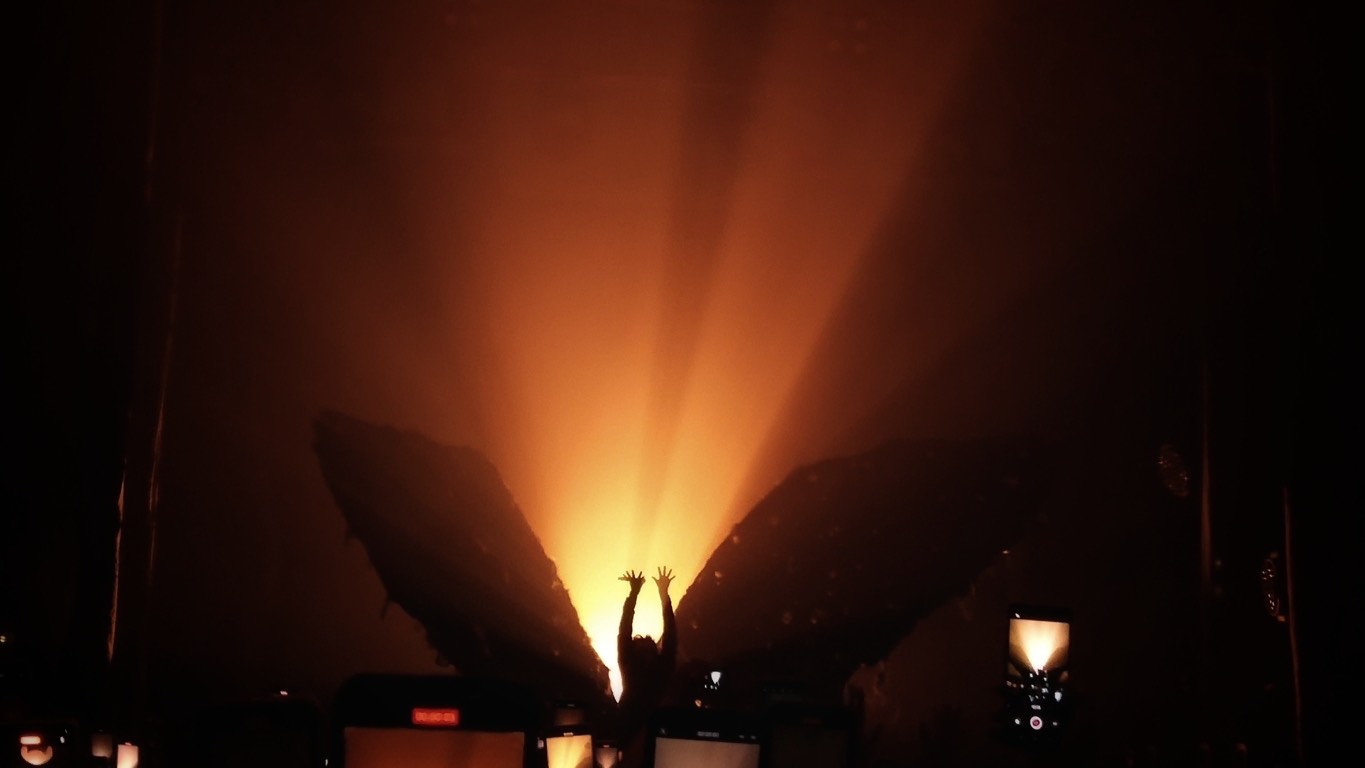 The tone takes a 180 when DPR Ian, born Christian Yu, entered in a glittery black sleeveless top and jacket with a headpiece. His giant feathered wings unfurled as “Mito” played while the stage was lit softly from the back. He truly looked like a fallen angel and we were under his spell as he started singing “So Beautiful,” “Mood,” “Dope Lovers,” “Miss Understood,” and “Avalon.” It was exhilarating to watch him transform into his onstage persona, to watch him twirl and wear an occasionally eerie expression. 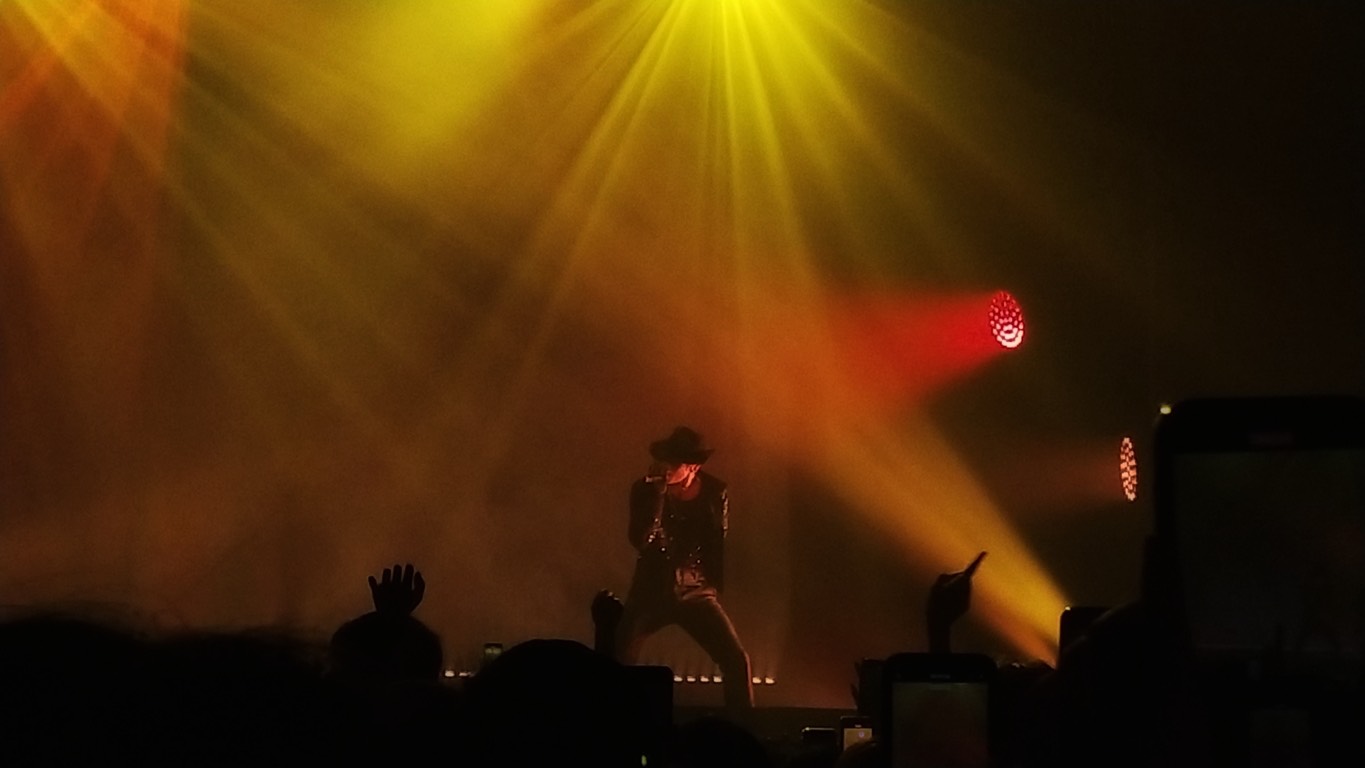 The crowd went even more wild when he danced with his cowboy hat and whipped out his bass for  “Calico.” It’s just the kick that we needed as DPR Ian took off his jacket to free his tattooed arms for “Sometimes I’m.” The stage turned into an inferno on “1 Shot.” 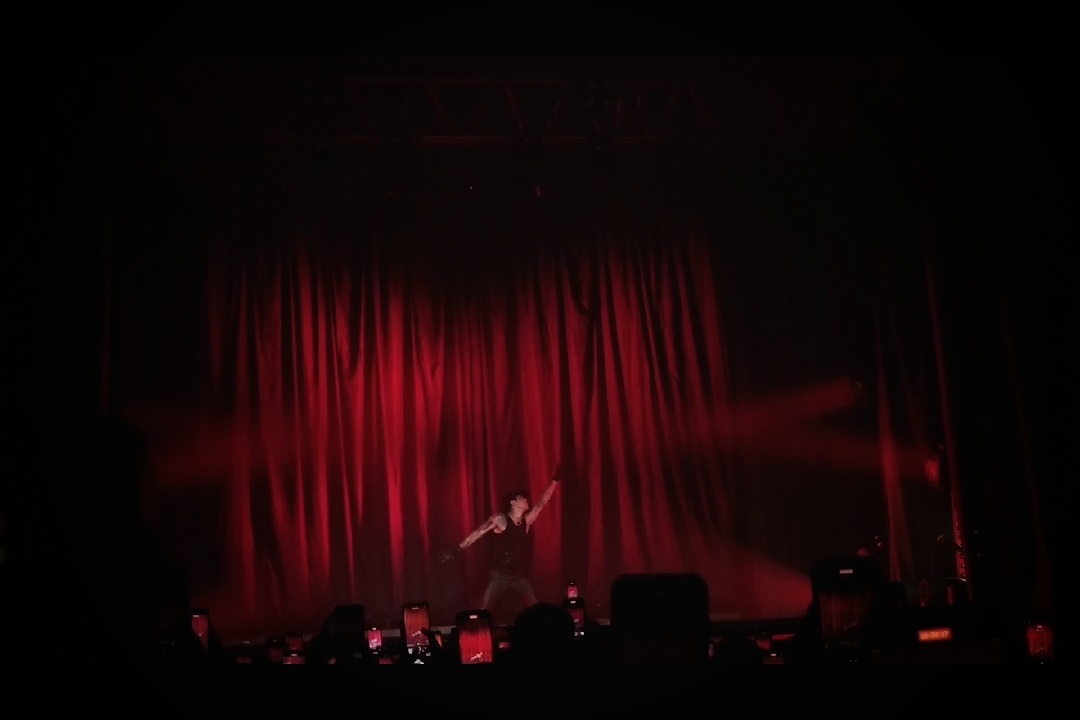 Getting vulnerable and going wild

DPR Ian talked to the crowd for a bit about experiencing artist’s block and being caught up in his perfectionism. He added that he’s learned to depend on his fans when he’s feeling a bit scared before bringing us to “Scaredy Cat” where pairs of hands floated behind him. He put his mic down for his magnetic dance number for “Ribbon” that ended with a giant inflatable hand emerging and pulling him behind stage curtains. 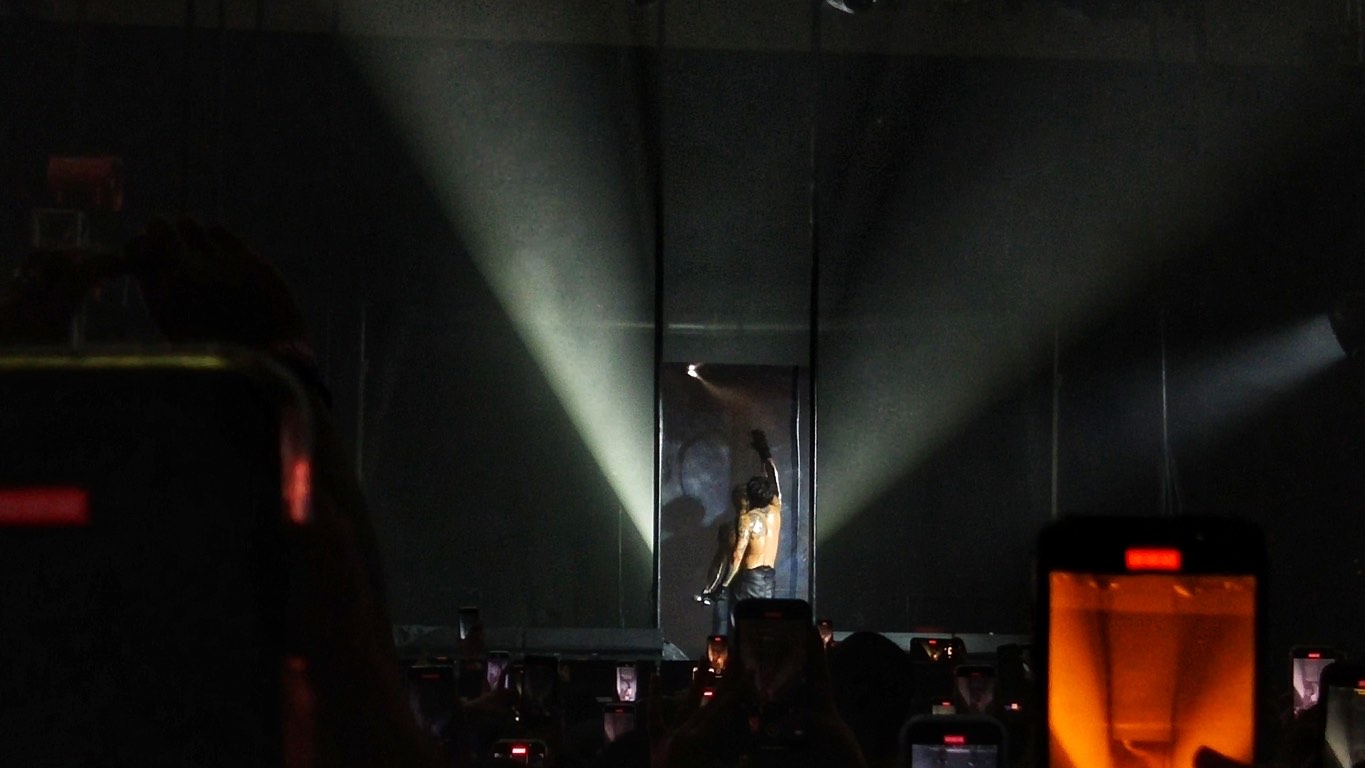 “Mr. Insanity” came back onstage in a big faux fur coat and had us chanting “insane.” Fake snowflakes blew around him on “Winterfall” as he took his jacket off. Now shirtless, DPR Ian briefly recalled the time he didn’t want to see his reflection. After he sang “Nerves,” the stage curtains opened to reveal a big mirror at the back that he dramatically approached. And yes, I felt choked up by the time we got to “Ballroom Extravaganza.”

DPR Live joined him onstage for “No Blueberries” and the pair thanked the crowd for the night. Of course, the night wasn’t really over. The crowd chanted “DPR we gang gang” for the encore. The DPR crew launched themselves onto the stage with “To Myself” and the show went to a close as confetti streamers fell. 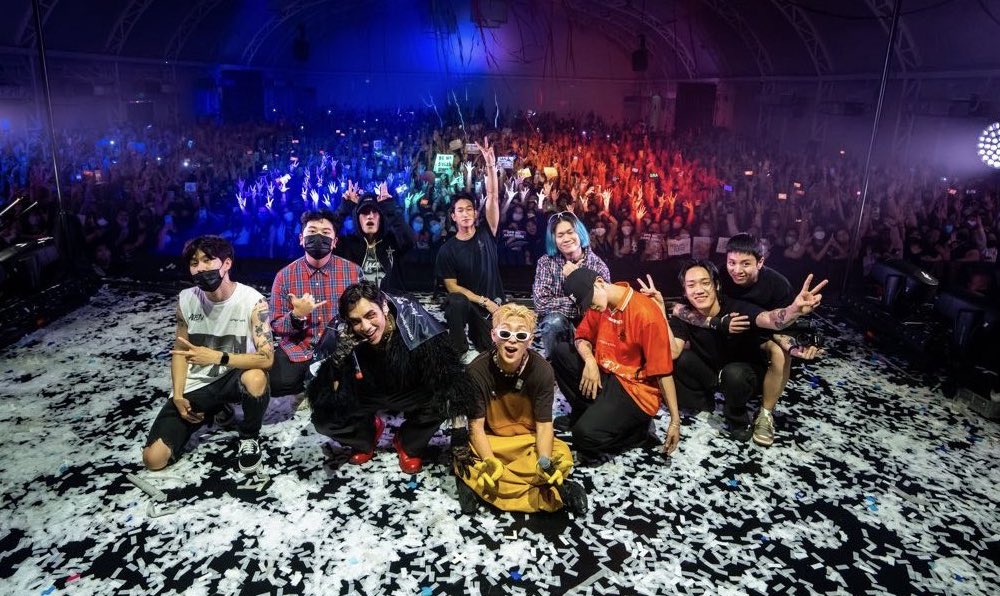 If you can catch the next tour dates out of the country, do it.

SHARESo you’ve decided to be a full-fledged storyteller and learn the (hella twisted,...

SHARETo all the young Mr. Robots out there, here’s your chance to prove...

SHAREThe king of genius cuts and mindblowing transitions Edgar Wright might be brewing...