2020 proves that the battle against fake news ain’t over.

If anything, it got even worse amid the pandemic. Folks susceptible to infodemic are our loved ones, but most especially public officials.  President’s chief legal counsel Salvador Panelo even claimed that eating bananas and gargling sea salt can prevent COVID-19 during an important press con.

During a global pandemic and infodemic, what can people and concerned artists do to make a difference? Making a komiks tabloid might just do the trick.

On Dec. 20, Kwago will launch a weekly comic news platform to combat misinformation with Comma and The Japan Foundation Manila. Called /baka, it intends to give everyone an inclusive, relatable form of media that’s easy to digest no matter your level of literacy or age group.

“The pandemic proved how accurate information reaching the majority is critical for public safety. But it also showed us the clear digital divide,” says /baka co-founder and co-editor Juan Puna. “/baka wishes to harness the power of comics and print to deliver news anyone can easily connect with, despite your social and educational background.”

Admittedly, Kwago’s attempt won’t stop fake news entirely. However, it will spark hope at a time when disinformation is being weaponized against the people. As /baka’s co-founder Arnaiz Gato says, “It’s not the end-all and be-all solution but it’s definitely one step away from mis- and disinformation.”

Learn more about the komiks tabloid and launch here. ICYMI, folks can get a free copy by coming through their debut. Here’s a sneak preview of /baka’s first issue. 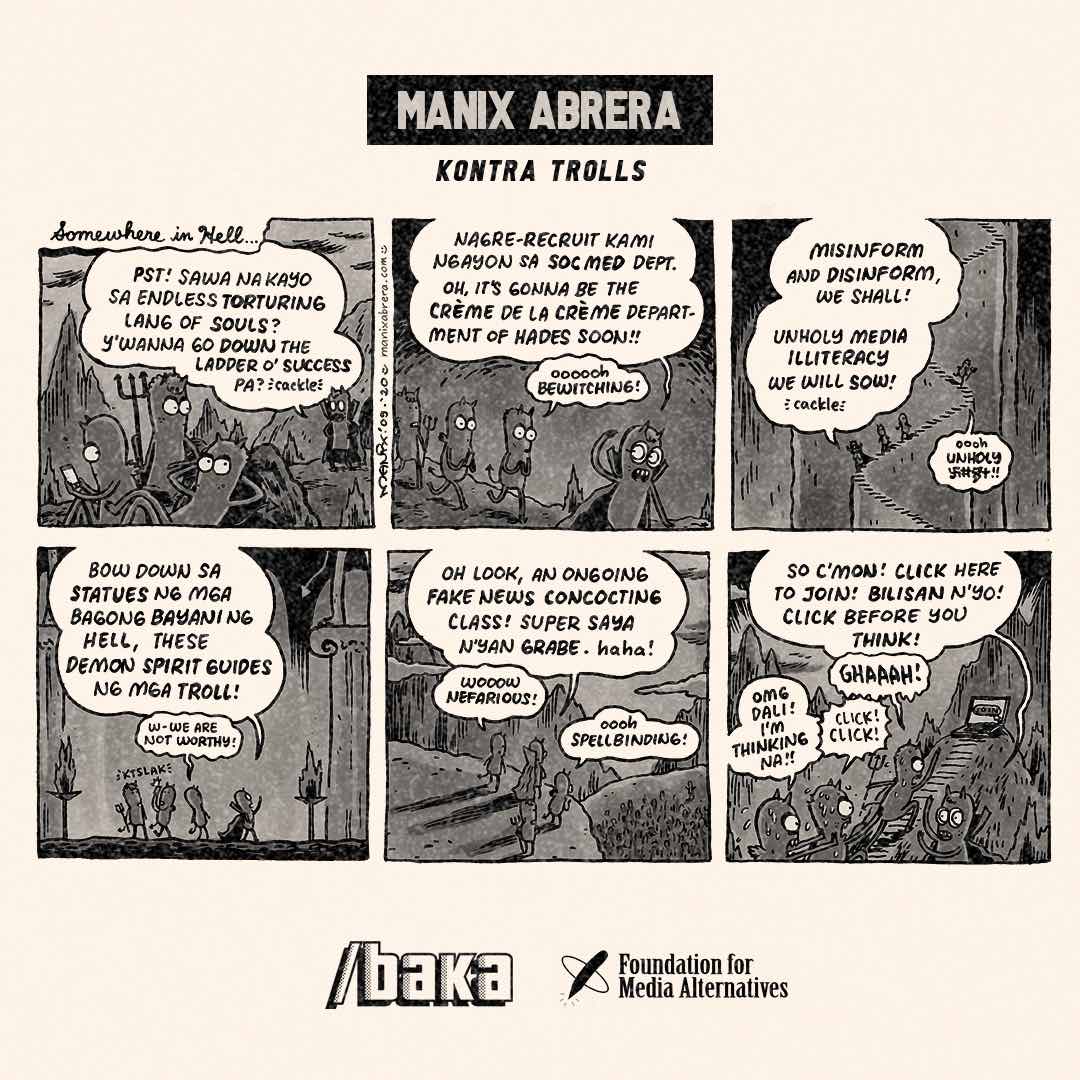 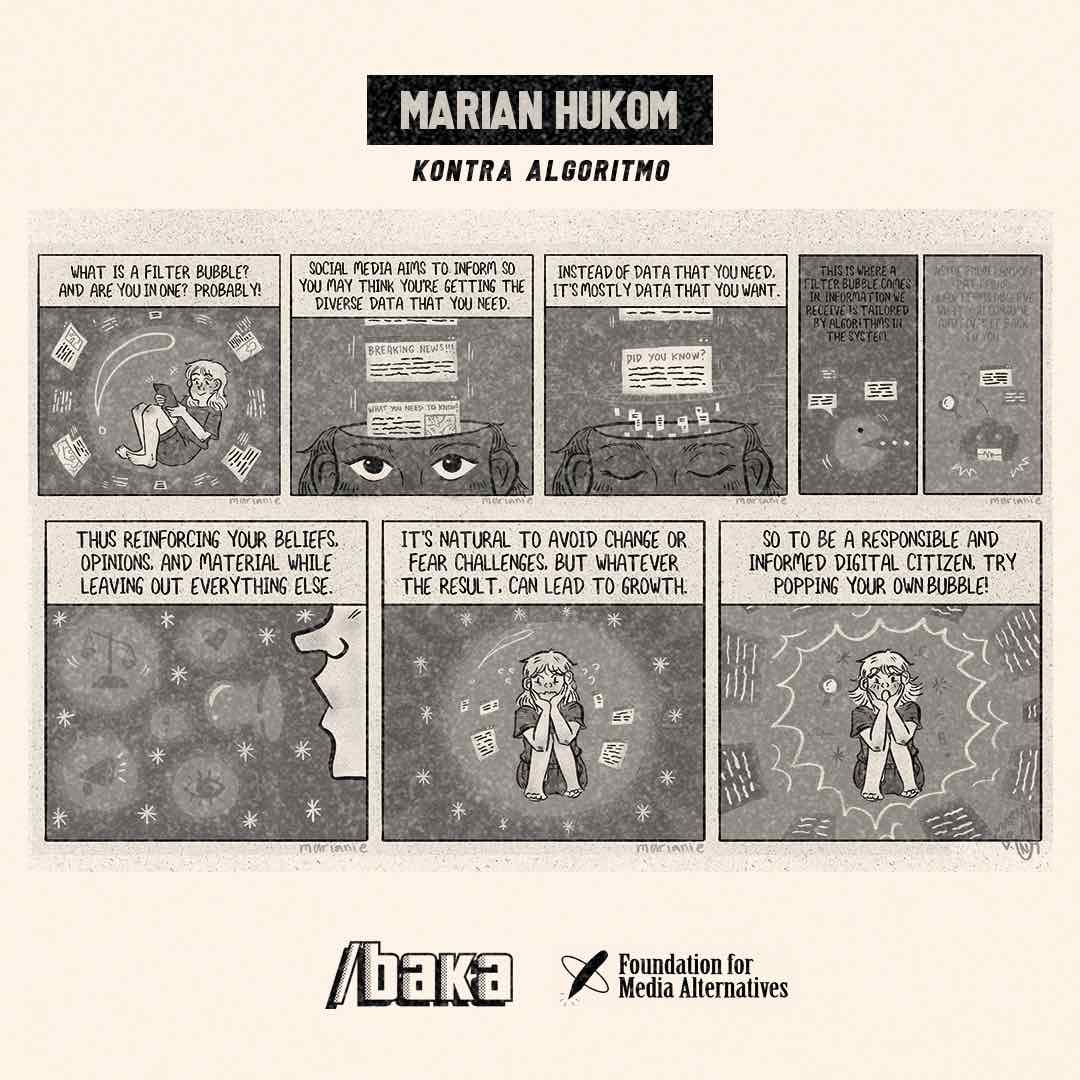 SHAREIt was 30 minutes past four in the afternoon. The skies outside the...