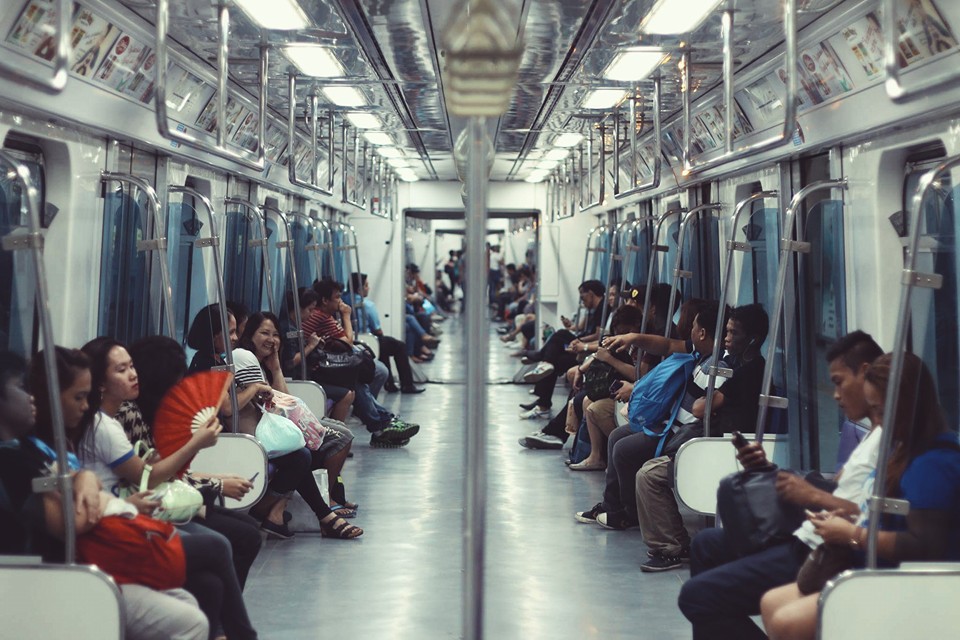 I saw in the news that you’re thinking about putting up a BRT (Bus Rapid Transit) line in exchange for scrapping the LRT-2 line. The rails will be dismantled and the remaining area will be cemented and replaced with the BRT. That means the LRT-2 will no longer exist. I do not want that to happen. Why? Because I believe the LRT-2, as all trains in the metro, is a landmark by itself. A local treasure. A sanctuary for the commuter in Metro Manila.

The LRT-2 line currently stretches from the quiet but heavily congested Santolan station to the noisy and also heavily congested Recto station. I take the LRT-2 station several times a day, for both my morning and evening commute. For those that have taken the LRT-2 like me, it is the most convenient out of the triumvirate of light rail transit trains. Rush hour in the LRT-2 looks picturesque compared to the LRT-1 and MRT; passengers look like koi in a tranquil pond compared to the passengers in the other train lines that look like sardines.

This isn’t defamation or some sort of attack to the passengers of either the LRT-1 and MRT, nor to the operators, maintenance staff, and administration of the two train lines. I ride all three train lines consistently. The MRT and LRTs are my go-to mode of transport in Manila. I’ve ridden the MRT for almost six years and the LRT-1 and LRT-2 for almost five. Despite the problems besetting the trains I still ride like a monk, austere in my faith in the machine and the operator manoeuvring it. This is why you can trust me on what I am saying.

I have ridden the first train in the MRT before the sun is up, and I have ridden the last train in the MRT long after the sun has gone down. I have waited in line in the Araneta-Cubao MRT station for as long as my commute should be and the LRT-1 Doroteo Jose station for the equivalent of the whole The Life of Pablo. I have enough experience to call myself a monk of the train lines, austere to my faith towards the gods of transit and astute to the rush hours, wide spots, and do’s and not do’s inside the train. The only experience that I have not yet tried is the famous MRT North Edsa waiting line.

Yes, I have heard that converting the light rail transit to a bus rapid transit is relatively cheap. But it’s not about money, especially for us commuters. Way before the ticket system was modernized, way before the prices for each ticket were raised, before, during, and after the persistent system failures in the train system some time back, we have been lining up to pay and enter the trains.

This administration pushes for change, and yes we do want change, but change for the sake of changing is useless without foresight. Secretary Tugade, in the same article you are quoted saying it would be easier to convert the LRT-2 since there was currently no private sector involvement in the train line unlike the busier LRT-1 and Metro Rail Transit Line 3. Private-public ownership has been around since the years of Cory Aquino, and with the many controversies and disputes on the arrangement I have no direct solution. But because of these disputes, the food stalls in the MRT stations have closed. This is also probably why finding new parts to replace the trains are hard, and this is also probably why the trains and the stations aren’t that well-maintained.

But we have also noticed the subtle changes for the better; escalators in the LRT-1 are one by one becoming operational. We have also noticed people painting the roofs and the walls of the stations. And the comfort rooms in the LRT-2 station are becoming cleaner, to say the least. This is the step in the right direction: maintaining and upholding what is already there. Landmarks reminds us of our history, and when I ride the trains I am reminded of the subtle, yet remarkable trials we face at a daily basis: traffic congestion at its hazardous and most appalling. There is no use in cutting corners if the big picture remains the same. LRT-2 or BRT, the traffic congestion will get worse and worse in the years to come.

My solution? Refer to the dream plan of the Japan International Cooperation Agency (JICA) and the National Economic and Development Authority (NEDA) for Metro Manila’s transport system. I’m sure you have heard of this. Japan has helped our infrastructure in the past (If i remember correctly, JICA was involved in the construction of the LRT-2 itself), and this plan, grand as it may be, is sure to alleviate the problems plaguing the city and its commuters who have deserved more for too long. The hours spent in gridlock help no one.