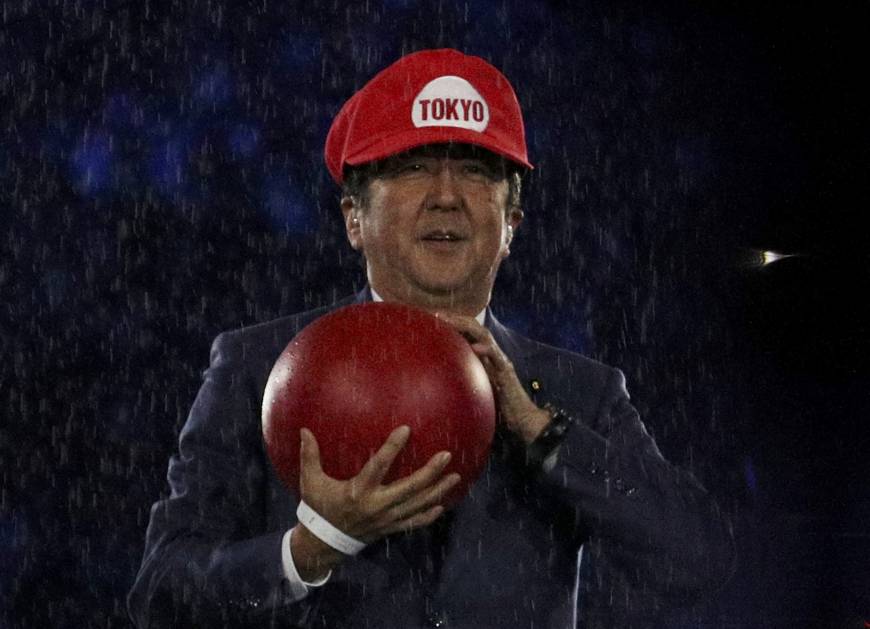 Japanese Prime Minister Shinzo Abe just had the best Olympics entrance of all time, and I’m not even gonna let you finish.

The Rio Olympics’ closing ceremony happened earlier this morning Manila time, and as per usual for these things, the next host city gets a few minutes to present a little some’n some’n to get people hyped for the next Olympics, even if they’re four years away. And since the 2020 games will be in Tokyo, Tokyo’s an awesome city, and Japan’s an awesome country, Team Japan wasted no effort in starting the hype train in grand fashion.

Japan’s announcement was a quick video of athletes performing around the capital, juxtaposed with appearances from cultural exports Doraemon and Pac-Man, just to name a few. The trailer climaxes with PM Abe, who had turned into Super Mario, himself jumping into one of his famous green tunnels, segueing into one such tunnel in the center of Maracana stadium in Rio. Abe, dressed up as Mario, emerges from the tunnel.

That’s really all there is to it, as the other part of the torch-passing ceremony was just the Rio mayor Eduardo da Costa Paes handing the Olympic flag to Tokyo governor Yuriko Koike.

It’s still four years away, but it seems as though the games in Tokyo are gonna be lit, as the Japanese city is miles better than Rio. The 2020 Olympics will also see five new additions to the list of sporting events: baseball, karate, skateboarding, sports climbing, and surfing. As for the 2024 Olympics, we’ll find out where they’ll be next year.

Photos from the Japan Times

SHAREOne of the biggest modern concerns of our society is the lack of...