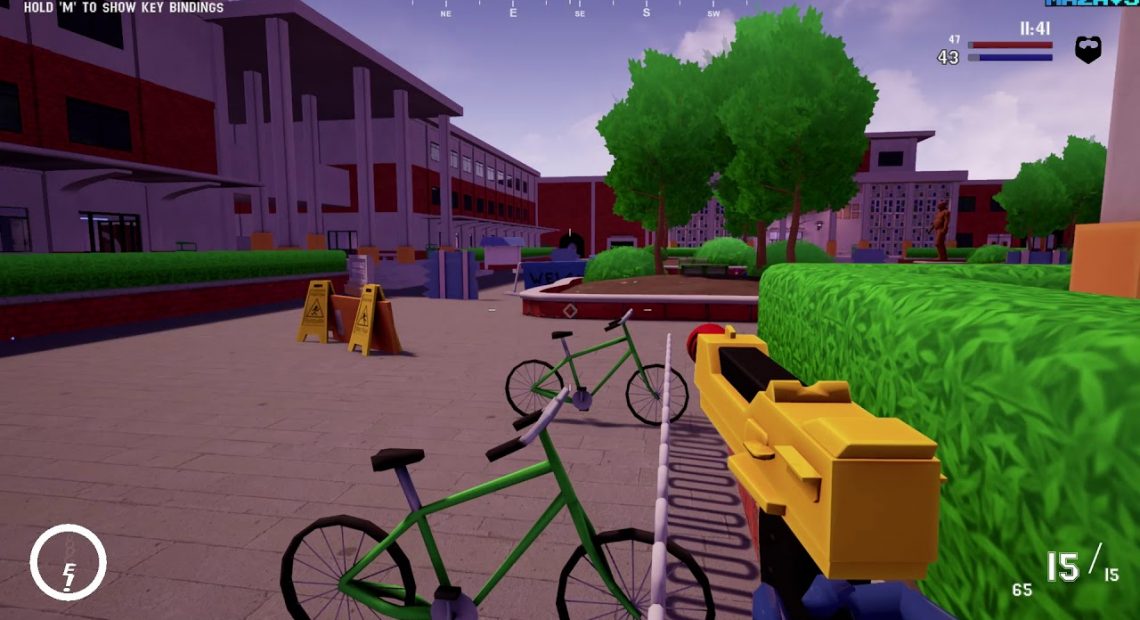 “We finally found a way to make paintball cool again!”

Want to relive the Paintball Assassin games in Greendale Community College? This is your virtual chance to join the annual competition events of the school through an online, first-person shooter game  called “6 Seasons And A Game.”

According to Geek Anything, the game is “jampacked with fanservice and references to the show. Inside jokes are peppered all over the digital campus like the secret trampoline and a statue of Greendale’s most famous former student, Luis Guzman. Players can also enjoy the massive map of the Greendale Community College Campus in games for up to 16 players in team-based FPS paintball competitions.”

“6 Seasons And A Game” is the first unofficial video game based on the cult series where one can also play as Troy or Abed or any of the “Community”  mainstays. While this game is not exactly affiliated with Sony, which owns the rights to the series, nothing should stop  you from playing this Splatoon-like paintball game.

“6 Seasons And A Game”  was created by a bunch of “Community” fans under the name “The Human Beings,”  and  is now available to download for free on Steam.

Still from “6 Seasons And A Game” gameplay

While we still don’t have time machines, these will do

SHARE“Ikaw ‘to ma’am?” the guard asked as he scrutinized the ID I gave...

SHAREBy Cedric S. Reyes As a narrow-shouldered kid trying to avoid trouble in...