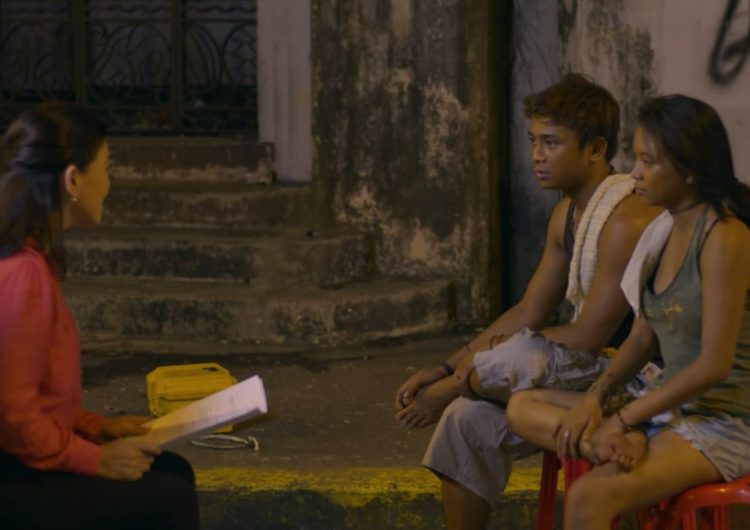 Picture this: A well-known fashion designer from a prominent family is dropping their newest collection—each garment selling for five digits minimum. Before the official release, they post a campaign video (surprise, surprise, there is an actual “campaign” along with it) that gets the damn clout.

What’s in it? The face of a child in the slums, eating what looks like leftover rice. On launch day, the designer talks about how their struggles “inspired” them to make these pieces—so much that the kid’s face is drawn somewhere on the expensive ass dresses, with words like “hope” and “smiles” plastered on the packaging, too. All proceeds still go to the designer, by the way.

Now, does that sound “inspiring?”

The conversation is pretty nuanced, but we can try to unpack what constitutes an insensitive artwork a.k.a. sensationalizing the poor’s experiences for personal gain. From paintings to films, here are some questions we can ask ourselves.

Am I using poverty as an aesthetic?

Is the inclusion of the poor’s image really necessary in my work? Or is the message intact without it? What kinds of emotion am I hoping to elicit from the viewers using my art?

Who does it empower? Is there a certain savior?

When the elements come together, is justice given to the poor, or are they mere objects asking for or awaiting some sort of salvation? Is there a juxtaposition happening in the piece that highlights one more than the other? What kind of lens are we looking through?

When the elements come together, is justice given to the poor, or are they mere objects asking for or awaiting some sort of salvation? Is there a juxtaposition happening in the piece that highlights one more than the other?

Remember those slum tours in Manila no one asked for? It’s horrifying to think that the privileged—moreover foreign visitors—could just gaze at the poverty-stricken community’s suffering like it’s some form of entertainment.

Does it actually try to solve something?

Making art that mirrors reality doesn’t always mean it’s a step further. It’s also easy to say we want to raise “awareness” but aren’t people already hyper-aware of the situation in the first place because they’re in it? Justifying the use of an image of poverty just to say we’re raising awareness is counterproductive and goes against our intention to “help” the poor.

Poverty is systemic and if we don’t even attempt to solve—or even tackle—this in our work, it may come off self-indulgent and reductive, or simply an exercise in sensationalizing the subjects.

Poverty is systemic and if we don’t even attempt to solve—or even tackle—this in our work, it may come off self-indulgent and reductive, or simply an exercise in sensationalizing the subjects.

In The Guardian’s example, Comic Relief’s fundraising video starring Ed Sheeran with street children in Liberia  received backlash and was awarded Radi-Aid’s “most offensive” campaign award. Since then, non-profit organizations have been scrutinized: Do these fundraising initiatives try to question why poverty exists in the first place?

If it’s really in our best and most honest intention to help the poor, we can start by fighting for their rights and space.

What we can do instead

If it’s really in our best and most honest intention to help the poor, we can start by fighting for their rights and space. Fund their communities. Demand transparency from NGOs. Participate in discussions that aim to shed light on the lives of the urban poor—talk to them, not just pass by them. Engage in movements that directly lead them to conditions they deserve and do not contribute to the passive comparison of the privileged and theirs, just to spark the feeling of relief.

SHAREThese are strange times we live in. One moment you could be tweeting...

SHARETraditional courtship may be ancient history, but people today are changing it up....