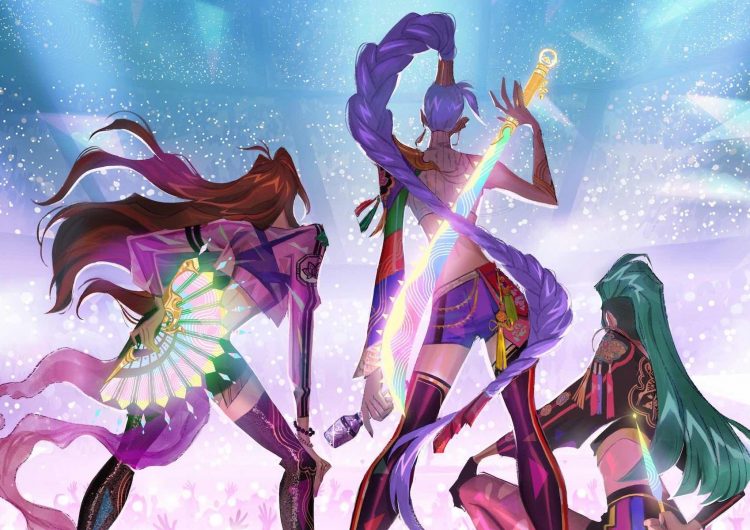 What’s missing in your life? A film about a K-Pop girl group slaying demons, of course. Luckily, it’s now in the works.

Sony Pictures Animation is currently developing “K-Pop: Demon Hunters,” an animated musical about a fictional world-famous K-Pop girl group that hunts evil creatures in between packed concerts. (Think “Hannah Montana,” with a bit of “Buffy The Vampire Slayer” thrown into the mix.)

Training for the big debut. K-Pop: Demon Hunters is currently in development at Sony Animation.

This film follows a world-renowned K-Pop girl group as they balance their lives in the spotlight with their secret identities as badass demon hunters. pic.twitter.com/sFScsOqMN5

Co-directed by Maggie Kang—who has previously worked in “The Lego Ninjago Movie”—the animated film’s concept is inspired by her obsession with the genre. “Having been a fan of the genre since its beginnings in the ’90s, this film is my love letter to K-Pop and my Korean roots,” she tells Variety. “It encompasses and celebrates everything K-Pop is—it’s the film I would want to see as a lifelong fan and I hope the millions of K-Pop fans out there in the world will feel the same.”

“K-Pop: Demon Hunters” will also have Chris Applehans in the co-director’s chair, alongside a production crew that includes “Raya and The Last Dragon” and “Big Hero 6” alum.

There isn’t a release date yet at the time of writing, but that gives stans plenty of time to formulate fancasts. (Voice actor Jisoo, anyone?)

Read more:
Science just exposed K-pop stans for spending up to P60k on merch
7 K-hip hop queens who can step on my face
Grab the tissue box, Pixar’s ‘Float’ is free to watch online

SHAREEditor’s note: Warning, this article might contain spoilers.  Time to rise from the...

Novelty accessories and tech trinkets have grown popular to most millennials and it’s...