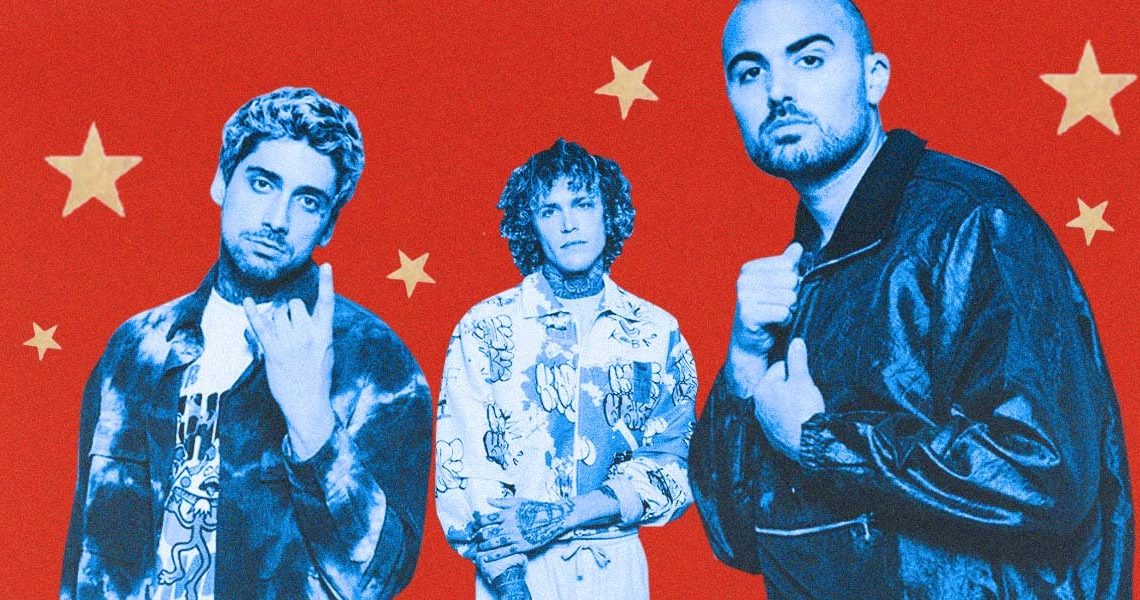 Let it be known: Cheat Codes likes to raise hell.

But no, not in the “summon demons” sort of deal. “Raising hell” seems to take an uplifting turn in their definition of the phrase, which has now become the name attached to their three-part debut album and musical universe “Hellraisers.” The first part, containing 11 tracks filled with upbeat, summer-esque head boppers, isn’t exactly what you would expect as the backdrop to fueling violent chaos. According to members Matthew Russell, Kevi, and Trevor Dahl, “Hellraisers” began when their old manager Michael Theanne baptized them with the name. 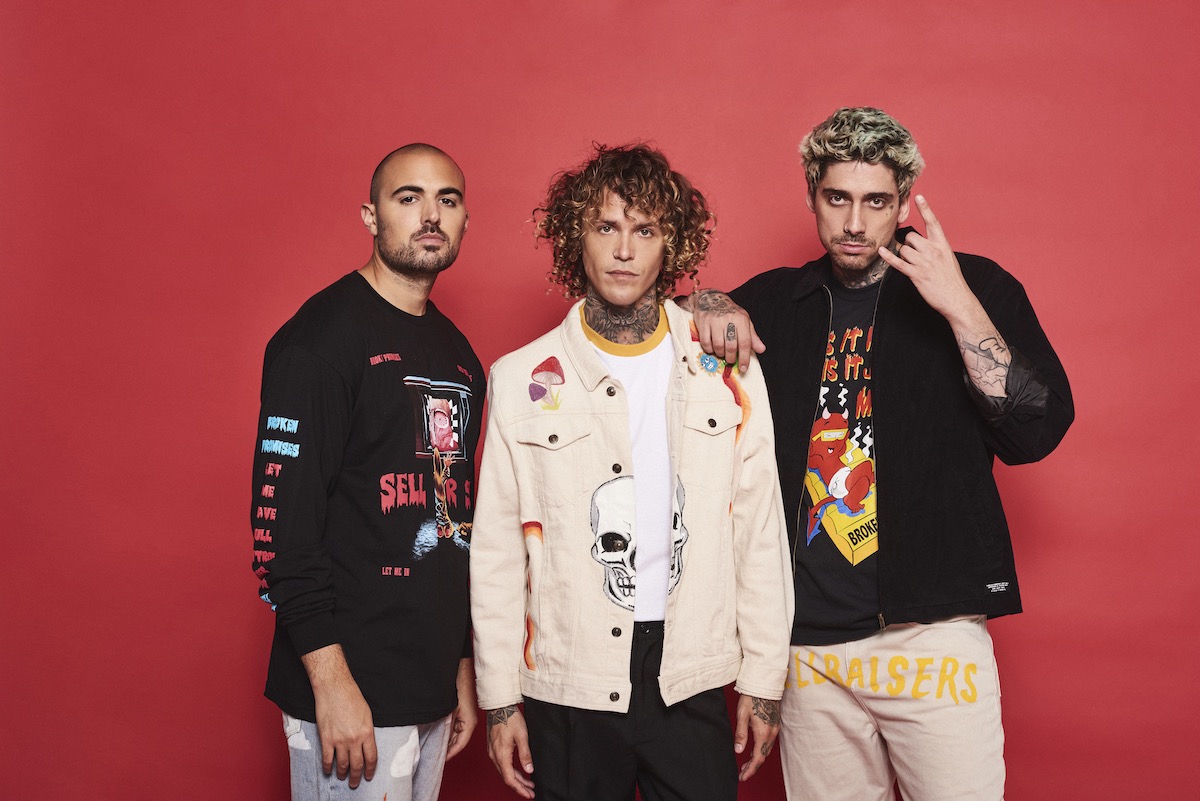 “The reason why he called us that is because we never took no for an answer. We wanted what we wanted, even if it’s an out of the box idea or a crazy way to go about it,” Matthew told us over Zoom.

While most have advised them against producing an album over the more financially secure option of releasing single after single, Michael was supportive of an actual record. He had passed away a year ago, and the DJ trio decided to pay homage to him by dubbing their debut with the nickname he had fondly called them, which, at the same time, spoke about the Cheat Codes ethos in the most clear-cut way.

“That’s the theme [of the albums]: It’s just, go for what you want. Don’t be afraid to raise hell to get what you want,” Matthew said.

On working with Tinashe

Their lead single “Lean On Me” with R&B singer Tinashe raises hell in a different sort of way while still keeping its rebelliousness. The track’s lyrics and light optimistic beats are almost like a loud response to the current chaos of the world, as it looks for something stable amid the rocky past year. Its singer reflects that right off the bat.

“We approached Tinashe, and this was the record that she gravitated towards,” Matthew said. “I think she liked that record because she just wanted something uplifting now that things are opening up here. She might’ve related to it as well, because for me, when things first locked down during the pandemic, it was like I needed somebody to lean on.”

The music video for “Lean On Me” serves visuals tying them to lines that speak of what everyone needed this past year—a reliable support system. Filmed in Los Angeles’ Pink Motel (which, Matthew notes, is where the film “Honey Boy” was shot, too), Tinashe’s character navigates a volatile time, until Cheat Codes sweeps her off onto the streets of L.A. with a vintage convertible car, and cue shots of palm trees and neon-colored diners.

On collabs (and a little-known thing about Fetty Wap)

Of course, “Lean On Me” is just one of the many collabs that Cheat Codes has cooked up over the past six years, which includes 2017 platinum Pop Radio Top 5 smash “No Promises” featuring Demi Lovato, along with more team-ups with artists like Kim Petras, Little Mix, and Wiz Khalifa. Collabs with a mixed bag of names come with a fair share of surprises, but to Matthew, that’s probably one of the best parts about it.

“We did a song with Fetty Wap called ‘Feels Great.’ In the demo it goes like, ‘yeah, baby,’ which is kind of Fetty Wap’s thing,” he recounted. “But he never recorded that. So, the little tag that we ended up keeping that sounds just like Fetty Wap is not Fetty Wap at all. It’s the original demo singer. He also ended up writing his own verse completely, which we didn’t expect either. There’s always like a random idea that you would have never thought of on your own. ”

Don’t be afraid of pissing somebody else off. We just want to do what we want to do. And if they like it, they like it. If they don’t, then who cares?

And with several collabs comes a few hit-and-misses, which surprisingly, isn’t that much of a big deal to Cheat Codes. “We just try to be flexible with everything and not put ourselves in a box and not force anything. We’ve tried to do collabs in the past where they just didn’t feel or sound right. And we just walked away from them. We just try to do as many ideas as possible that way.”

While “Hellraisers” contains seven collabs from Tinashe to AJ Mitchell, the album is still explicitly theirs. “These albums are basically the story of our origins in a way,” Matthew explained. The first part is pop to its core, a.k.a. Trevor’s turf, whose roots are grounded in a singer-songwriter past. Its sequel would take on Kevi’s hip-hop sound, as the rapper Prince$$ ROSIE. The third, meanwhile, is more electronic and dance-inclined—true to Matthew’s style, who met Kevi while producing beats. 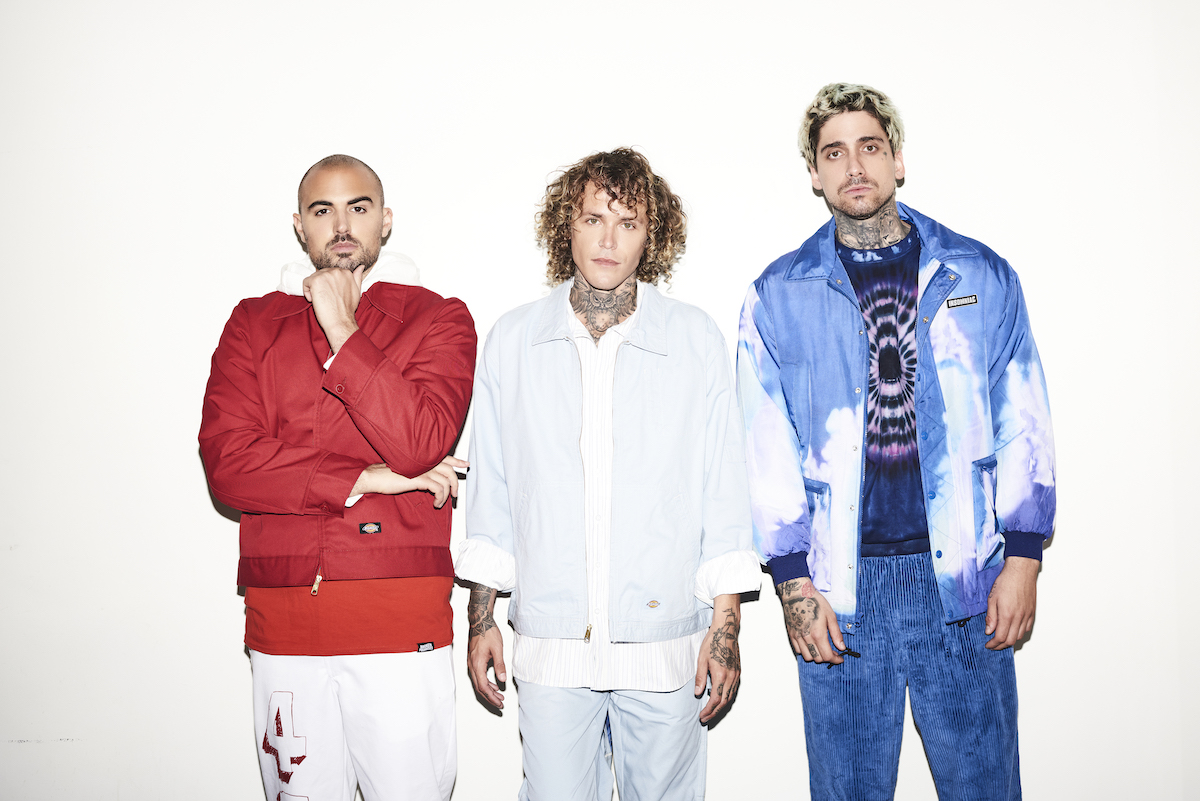 “Doing this three-part album was us just combining all three of our backgrounds into one whole project as Cheat Codes,” Matthew said. “We started Cheat Codes because we didn’t want to be stuck in one genre. This is the ultimate way of us saying, ‘Hey, here’s our debut album.’ And it’s like, literally three different genres.”

How to raise hell (and productivity)

The three members created the “Hellraisers” ’verse using a so-called divide and conquer approach. By the end of it, the group had produced around 50 ideas and demos, resulting in four to five songs each week.

When asked how they dealt with creative slump with a sched like that, Matthew mentioned that once the pressure sets in, stepping back from your WIP is the course to take. 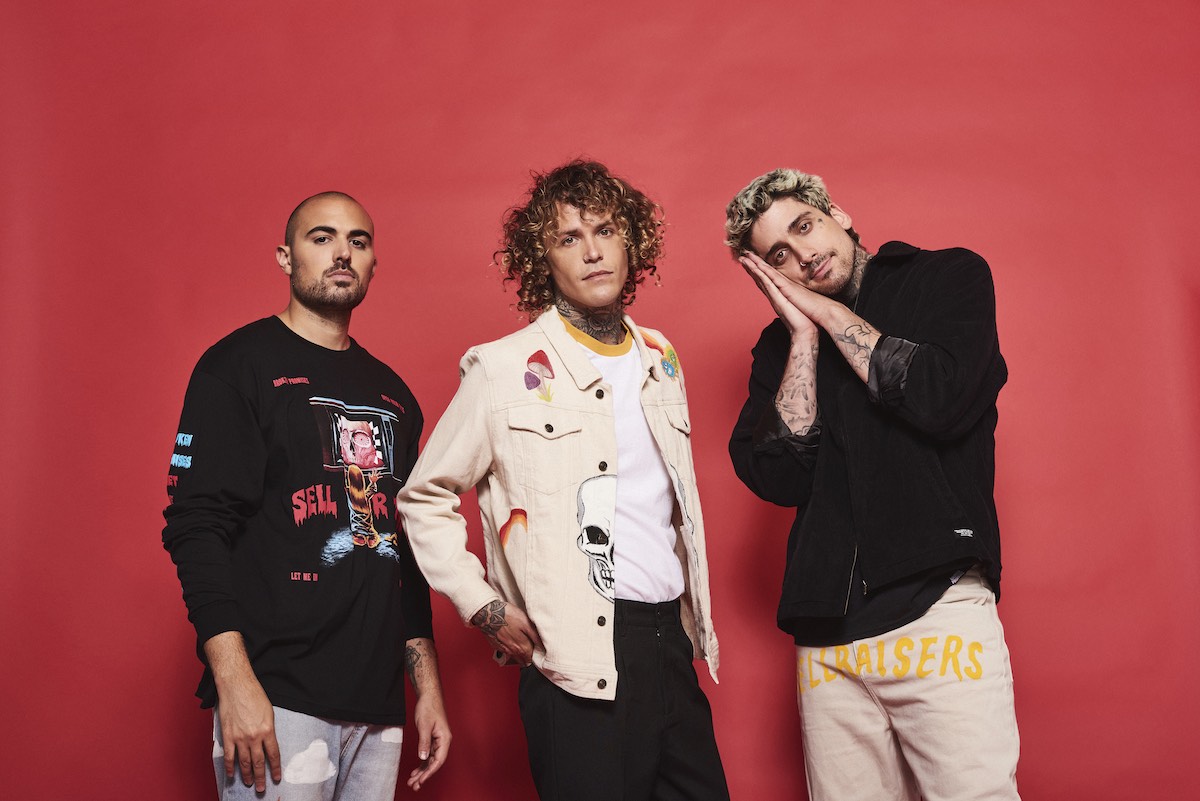 “If you’re stressed, then it’s hard to write something good. It’s better to be excited about something, and you don’t want it to feel too much like a grind like you’re pulling teeth coming up with an idea,” he said. “You should take a break or do something completely different outside of music to keep your mind off of it. But I do think that it’s a numbers game. And the best way to get a good idea is just to show up to the studio every day. Just make something and don’t try to force it.”

“Don’t be afraid of pissing somebody else off. A lot of people try to be too polite, and they want to stick to a certain format where they want to play the game, especially in the entertainment industry,” he added. “And it’s like, no, we don’t want to do that. We just want to do what we want to do. And if they like it, they like it. If they don’t, then who cares?”

Listen to “Hellraisers Part 1” below.

Read more:
The Kooks wants to collaborate with IV of Spades
How Joan translates ’80s movie romance into their music
88rising’s NIKI on empathy, ugly drafts and escapism