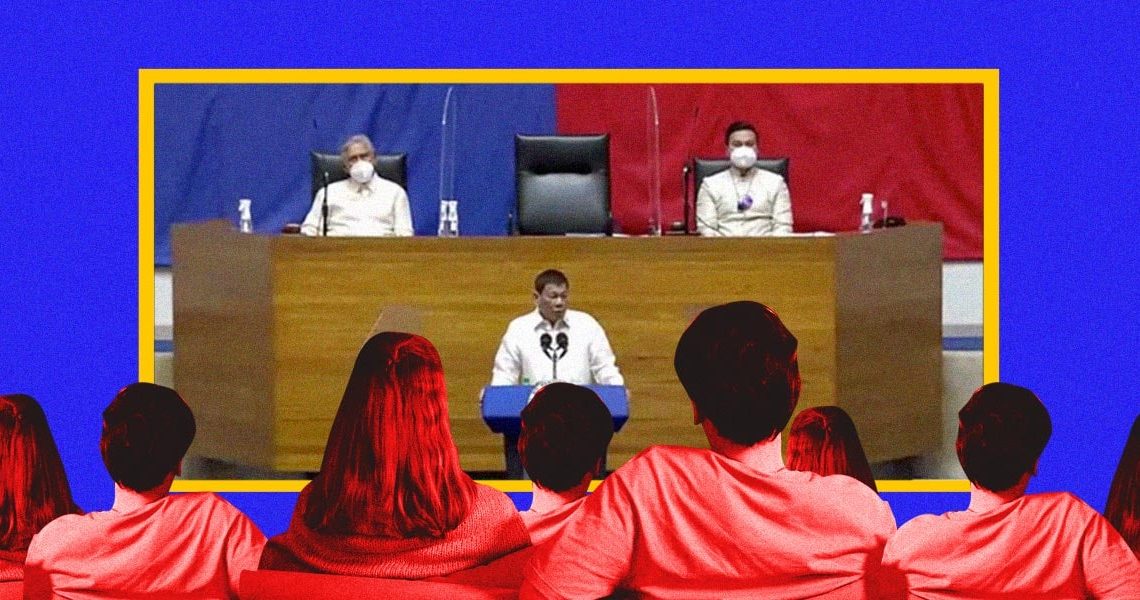 Franchises are all the rage. And nothing says ever-expanding multiverse than the annual State of the Nation address.

Clocking in at almost three hours, President Duterte’s sixth and final SONA installment is his longest. This, of course, makes sense if you’ve ever watched the last movie of any series, but we can only count on the fact that they didn’t cut it into two parts à la “Twilight Saga: Breaking Dawn.”

And just like any good nostalgia-inducing sequel, callbacks and references were aplenty. There were talks about drugs. The military. Bouts of mentioning China. (Is it even a Duterte SONA if there weren’t any?) SONA 2021 brought to light several talking points that contributed to its Nolan flick-esque duration, albeit the most pressing point (COVID-19) was pushed to the last page like a climactic point.

So, in the true spirit of our tidbit-sized reviews and streams of consciousness, we present you a collection of thoughts that entered our brains during that three-hour fest. Enjoy, I guess.

Read more:
We made SONA 2020 notes, in case you have zero attention span
The most Aries things Duterte said at SONA 2020
7 pre-SONA incidents that scream ‘make it make sense’

SHAREPhilippine cinema has recently celebrated its 100th birthday. A lot has come and...