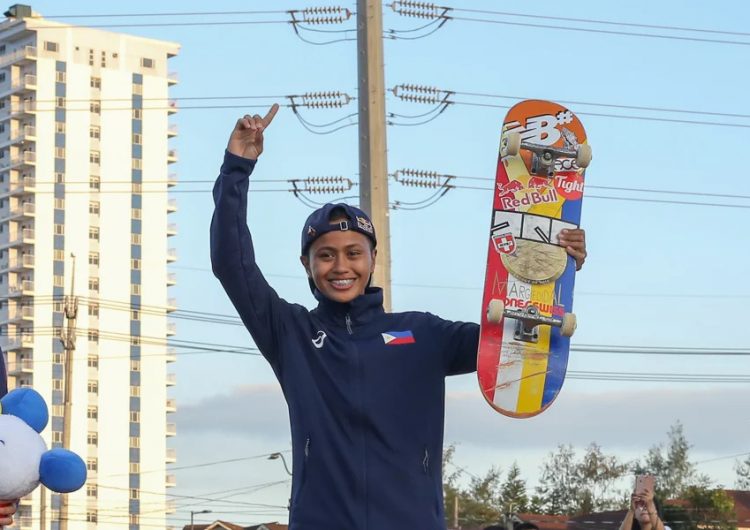 Medal or not, it’s now a given: First-time Olympian Margielyn Didal has made it to the books of Filipino—and international—skateboarding.

Earlier today, July 26, the Cebu-based skateboarder clinched the seventh spot out of eight in the 2020 Tokyo Olympics’ women’s skateboarding street event held at the Ariake Sports Park. Didal was able to nail a nosegrind landing for her second trick for a score of 2.97, but fought through an apparent ankle sprain after her third attempt. Since she nailed only one of her five tricks, the skateboarder gained a total score of 7.52.

No medal for now as Margielyn Didal ends up 7th in women's street #skateboarding at #Tokyo2020 🇵🇭 pic.twitter.com/oKLLYHXVo0

Japan’s 13-year-old skateboarder Nishiya Momiji was able to capture gold with a 15.26 total. Despite the seventh spot, Didal was all smiles during her turn on the ramp.

Back in 2018, the Filipino skateboarder wheeled her way into Time’s list of “25 Most Influential Teens.” Speaking with the magazine, Didal talked about the toils and tribulations she had to face, which echoed the struggles of the local skating community, including instances of her entering competitions without a skateboard of her own. Now with an Olympic stint under Margielyn’s belt, best believe that we’re still all eyes and cheers for her.

Read more:
Beyond the boards of Cebu’s skate community
The Filipino skater making rounds internationally is female
A love letter to skating, from someone who doesn’t skate

SHAREStudio Ghibli fans, your blessings are plenty. With Ghibli films made available on...