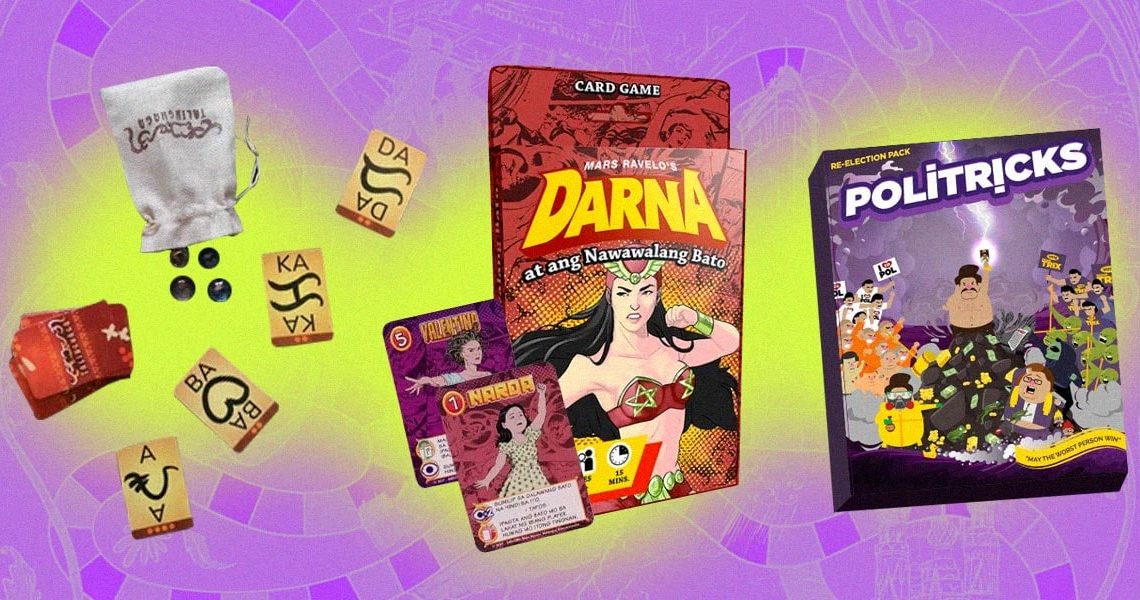 Tabletop games aren’t monopolized by—well—Monopoly any longer. What used to be synonymous with retro family-friendly nights is now a treasure trove of ingenuity for creators, and in players’ case, hours of amusement.

Plus, interested folks won’t need to scour foreign lands and far-away shops for quality tabletop gaming. Here in our local soil, tabletop gems are sprouting one after another. To start you off on your own exploration, here are some of those Filipino-made board games that’ll tick a few hours off of your boredom.

The ol’ capital gets the cyberpunk treatment in Manila 2076, a sci-fi card game set in the futuristic time of—you guessed it—2076. In the sci-fi and (even more) dystopian version of Manila, two to four players must survive a city under the abusive hands of mega-corporations to earn their much-desired freedom. All you have to do is become an insurgent and infiltrate a well-armed HQ. Easy peasy, right?

Where to get: Shopee

Our political landscape isn’t a laughing matter, but it sure makes for top-notch satirical content. In Politricks, players are placed in the shoes of a presidential hopeful who’ll pull all the strings to clinch the coveted title, even through the sketchiest means. Using a deck filled with “trapos,” “balimbings,” and teleserye-worthy stereotypes, candidates will venture towards campaign season with an armful of bribes. To quote the creators: “May the worst person win.”

Where to get: Gaming Library (Version 2.0)

Who exactly is Darna? In this tabletop version of the saga, the heroine walks among the players—all they have to do is find the famous magical stone amid the five cards set before them. After a series of shuffles, the player who correctly guesses its position is deemed worthy of shouting “Darna!”

Where to get: Shopee, Lazada 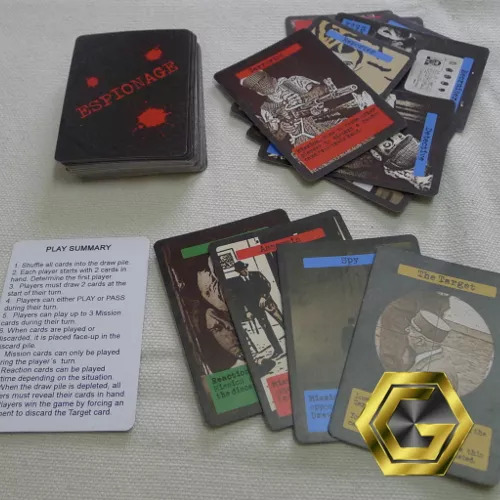 Let it be known: No board game list is complete without a touch of mystery. Espionage packs everyone’s “Mission Impossible” make-believes with the role of Spymaster, where players send skilled operatives to thwart their opponent’s goal. To win the game, players must coax the Target card out using snipers and assassins. But if the card’s in your possession, you’ll have to hold onto it with your life (but a bodyguard will help, too).

Where to get: Shopee

Scrabble and Baybayin are a match made in tabletop heaven, so it seems. “Talinghaga” is a linguistics nerd’s fulfilled fantasy, where players are tasked to create words by stringing syllables together. With 90 syllable cards, completed words will award players’ the points they desire. (Given that they’re sensical, of course.)

Where to get: The Game Detective

Read more:
Five board games you’ve probably never heard of
Come through as a queer witch in this fantasy board game
Combat long distance friendship with these online games

SHAREPresident Duterte’s annual State of the Nation Address (SONA) is happening on Monday....