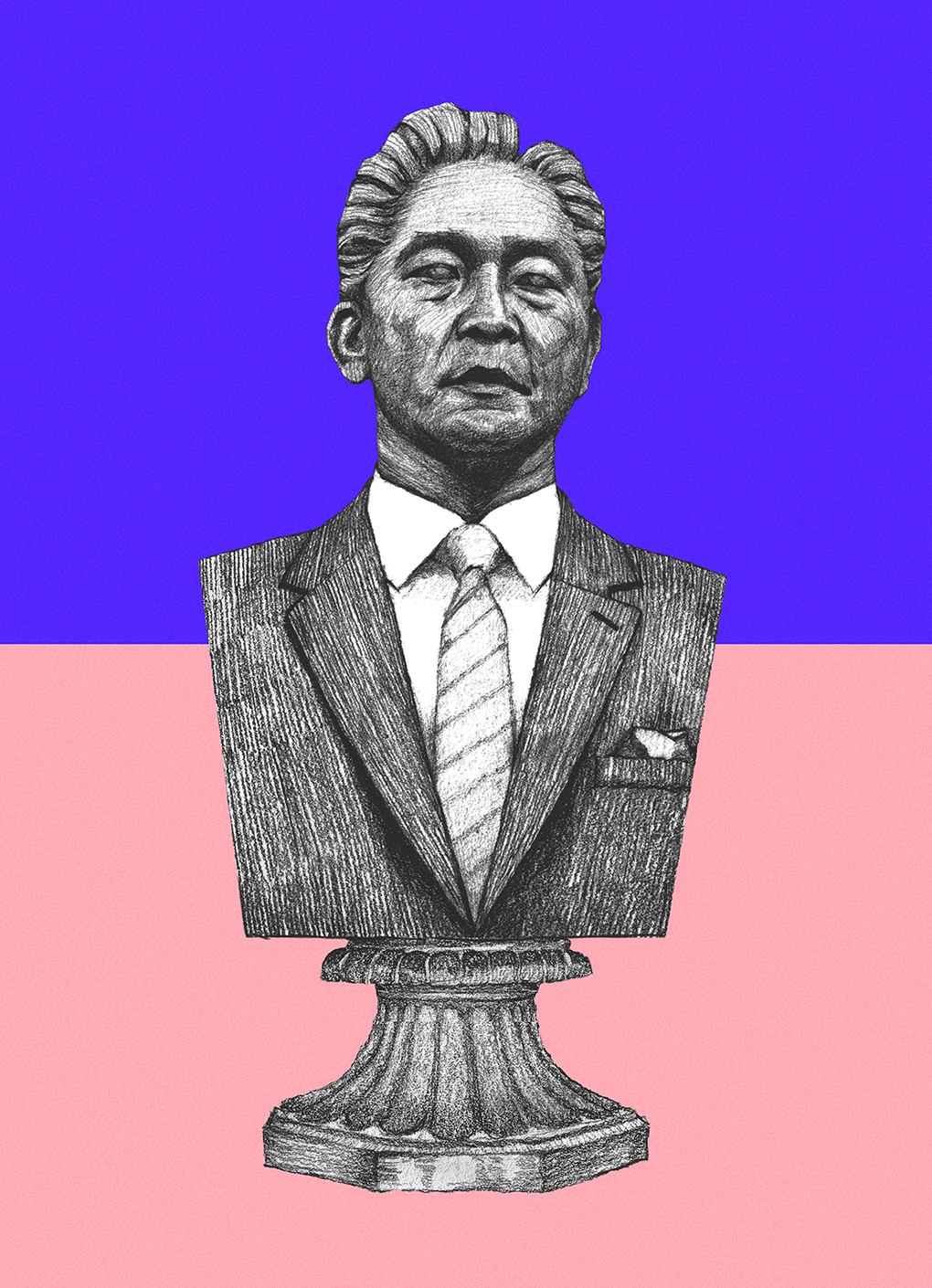 At the risk of exposing oneself to the trappings of a discussion about politics, there’s a serious need to talk about Marcos apologists, as recent chatter about the coming elections has given birth to a motley of pundits and dilettantes who generously broadcast their views.

Anyone who’s ever put their ear to the online ground will be familiar with the experience. You’re online, minding your own business, and every now and then you’ll encounter maybe three, five, or 10 comments that start hijacking the discussion. Keywords suddenly start popping up: “discipline” (or the lack of it), “iron fists” (or the need for it), and the creatively destructive and radical hypotheses to curing our social ills—”Abolish Congress!” “Kill all the criminals!” “Declare Martial Law!” If there’s one thing we can all agree with when it comes to apologists, it’s that hyperbole seems to be their dialect.

Without even discussing facts and statistics first, just the mere dynamic of how they stonewall themselves argumentatively, the apologists seem to confuse stubbornness for stoicism. I can talk about the thousands of desaparecidos—victims of extrajudicial killings, mostly student leaders, and other men and women found dead all over the country—and they dismiss this unfortunate statistic into a mere footnote with one word: “dissidents.”

They were dissidents, in the same way that the hundreds of protesters killed, injured, and detained during the Globe Steel Mfg. Inc. protests back in 1984 were dissidents. Leaders like Edgar Jopson, or Evelio Javier, or Bobby Gana, they were all dissidents for standing up to the military. Senators Diokno and Salonga, the religious leaders and indigenous chieftains who resisted martial law abuse, they’re dissidents too. Even Senator Ninoy Aquino, who tumbled from his plane down to the tarmac, bleeding away his life before he could even set foot on our country. These stories of martial law abuse are lies, apologists seem to say. These are just the result of propaganda and fearmongering. To think this way is not only factually inaccurate, but morally reprehensible. No conversation with an apologist ever ends pretty.

But we’re Filipinos: forgiving to a fault, coy, and mild-mannered. Talking about these things demands a certain degree of open-mindedness and a sense of humor. Pity the fool who engages the apologist in a quixotic quest to arrive at a discursive middle-ground. Woe to the reasonable man who goes out of his way to accommodate an apologist instead of leaving him be with his dangerous opinions. I say dangerous here because the Martial Law Apologist thrives in our political environment, one which is perpetually exhausted with democratic conflict.

They were dissidents, in the same way that the hundreds of protesters killed, injured, and detained during the Globe Steel Mfg. Inc. protests back in 1984 were dissidents. Leaders like Edgar Jopson, or Evelio Javier, or Bobby Gana, they were all dissidents for standing up to the military. Senators Diokno and Salonga, the religious leaders and indigenous chieftains who resisted martial law abuse, they’re dissidents too. Even Senator Ninoy Aquino, who tumbled from his plane down to the tarmac, bleeding away his life before he could even set foot on our country.

This is not to say that it is entirely the fault of the internet. Even the most reasonable people will have it up to here with circular political debates. The most passionate exchanges and the most convincing points won’t matter, because when the chess game is over, all the pieces go back to the same box. We leave them be, and they feel emboldened after. They go their way, and I go mine.

How does one win against an apologist, then? They seem so stalwart, so deeply entrenched in their belief, and they seem like such a waste of time and energy. We have to keep in mind what is at stake every time we are in discursive engagement. There is a need to go beyond the usual conspiracy theorizing, a pressing need to substantiate a meaningful response, while at the same time refuting the apologist’s dismissal of “dissidents.” Never mind the fact that majority of these people seem to dominate the comments section of news blogs and hastily-put together viral photos.

As far as apologists are concerned, the danger lies in their numbers. To endeavor picking fights with apologists is exhausting, pointless, and misses the meat of the matter—these are people under the spell of an intoxicating hypothesis, that of a world where they see themselves exempt from the wrath of a dictatorship. They are under the spell of apologism, and the cure to that is counter-apologism. I wouldn’t claim to know what that kind of thinking embodies, or of a set procedure when dealing with apologists, but it should at the very least be unafraid to engage people both online and offline about hard truths and political realities. It should, at the very least, tell the truth and fight for it.

We are all tired in this democracy, but that should not be confused for being tired of it. There’s nothing dissident about criticizing the way things work in our country; in fact it is a sort of responsibility to constantly hold the individuals in power accountable to the people.

I cannot say for certain what kind of country apologists imagine ours might be if they had their way, but I’d rather have a people free enough to disagree with our government. We are, after all, only as free as the most disagreeable opinion allowed to be discussed, and the fact that apologists have room in this fragile democracy to discuss taking it down must mean that ironically they need the very same freedoms they seek to destroy.

At its most fundamental, apologism is of an opinion: dangerous and perhaps reprehensible, but that is an opinion too. Bad ideas are countered by good ones, beliefs against other beliefs, and our capacity to tolerate and ultimately correct misapprehensions of both our history and our values ought to illustrate our sophistication and our love for freedom, instead of our pettiness and lassitude.

This article was originally published in the February 2016 issue.

SHAREI’m turning 21 in two months. My college graduation is in a week,...

Spot the works of Hulyen, Manix Abrera, Concerned Artists of the Philippines, Marian...