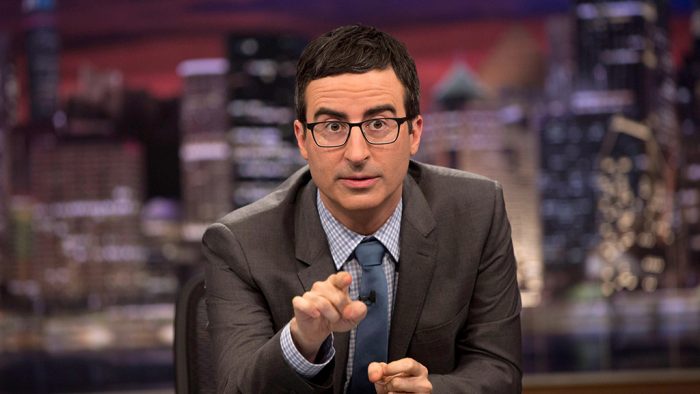 Well, here we are. It was only a matter of time. Anyone who follows Western TV knew that given the circus that is Philippine politics, it was inevitable that we—or a certain prominent personality or two—would find ourselves right in the crosshairs of John Oliver’s mockery.

It took him a while, but Oliver finally set his sights on presidential candidate and Davao City mayor Rodrigo Duterte on today’s episode of Last Week Tonight. It could have been longer, but it was nothing short of glorious:

A couple of quotable quotes:

And yet incredibly, none of this has hurt him. More than half of his city’s residents think the death squad is okay, which is a surprisingly measured response. “Death squads? They’re okay. Could be deathier, I suppose. #SquadGoals!”

On the infamous rape joke incident:

What a fucking asshole. And if any part of you is thinking, “What a horrific joke,” please know he meant every word of it. (clip from an interview where Duterte says he was not joking plays) Okay, let this be a lesson to all of us. When we say, “I just want a politician who tells me what he thinks,” we should specify that this politician should not be a total fucking monster.

It’s a shame that he had to do this right before today, when many people have already made up their minds. But we suppose that this segment is no longer meant to change anyone’s decision, as we at Scout know that it’s already too late. Instead, think of it as a funny but thinly-veiled “we told you so” if things ever go south around here.

SHAREBy Martie Rosales After two years of waiting, we’re finally getting a second...