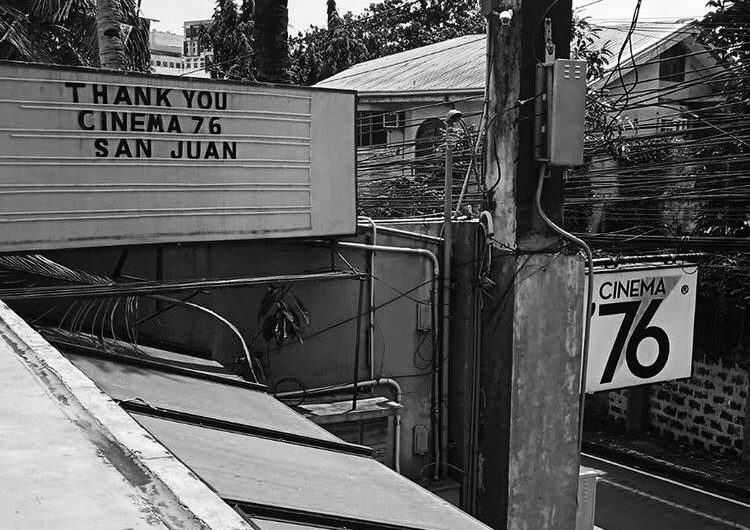 Whether we admit it or not, getting into film can be quite an intimidating process. May you be or an aspiring filmmaker or a fan, it’s nice to share a comfortable hangout space with fellow cinema enthusiasts—especially one that is more intimate and community-focused than our usual mall movie houses.

For years, we’ve been lucky enough to have microcinemas like Cinema ’76 to make room for us. Unfortunately, one of their branches is officially saying goodbye. On Facebook tonight, Sept. 10, Cinema ’76 revealed that their San Juan branch will be closing its doors starting Sept. 15.

“Our hearts may be heavy, but we know this is not goodbye. We believe in the resilience of Creatives in the industry. We believe in the passion of Filipino movie fans. Magkakasama rin tayo ulit sa loob ng sinehan (We will be back together inside a moviehouse),” they wrote.

Cinema ’76 San Juan is Cinema ’76 Film Society’s first microcinema, which started screening films and gathering audiences since it was built in 2016.

To cheer us up a little, Cinema ’76 also said that when things get better, we can still head to their Anonas, Quezon City branch. In the meantime, their Shopee page packed with movie merch and Cinema ’76 @ Home are still here to receive our support.

SHARERunning out of good movies to watch? Want to break out of the...