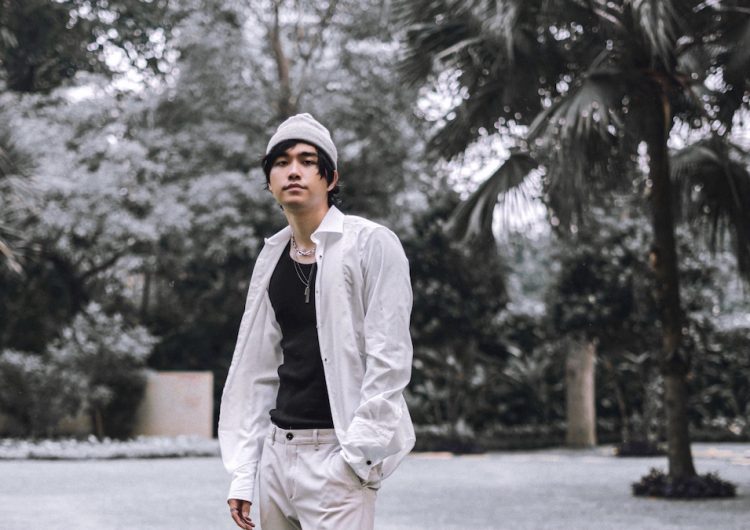 Despite being the subject of countless works over the course of humanity’s existence, love is a fickle thing to talk about.

To most, it’s the metaphorical lump in your throat that’s hard to swallow, with the simple three words harder to let out than a coughing fit. If you have the capability to freely express your feelings, then consider yourself blessed. But if you’re in need of someone to voice them out for you, then Lullaboy’s tracks might be something you ought to play.

The Indonesian-Singaporean musician’s growing discography are love notes dressed in lyrics and melody. His latest, “Only in My Dreams,” is a direct ode to his mother that paints a fictional scenario where she’s no longer around to hear it. Born out of an old disagreement between the two, the pandemic had encouraged him to say what he needs to say while she’s still there to hear it. And in an emotional reaction video, she was there to witness it—with a few tears shed from Lullaboy himself. 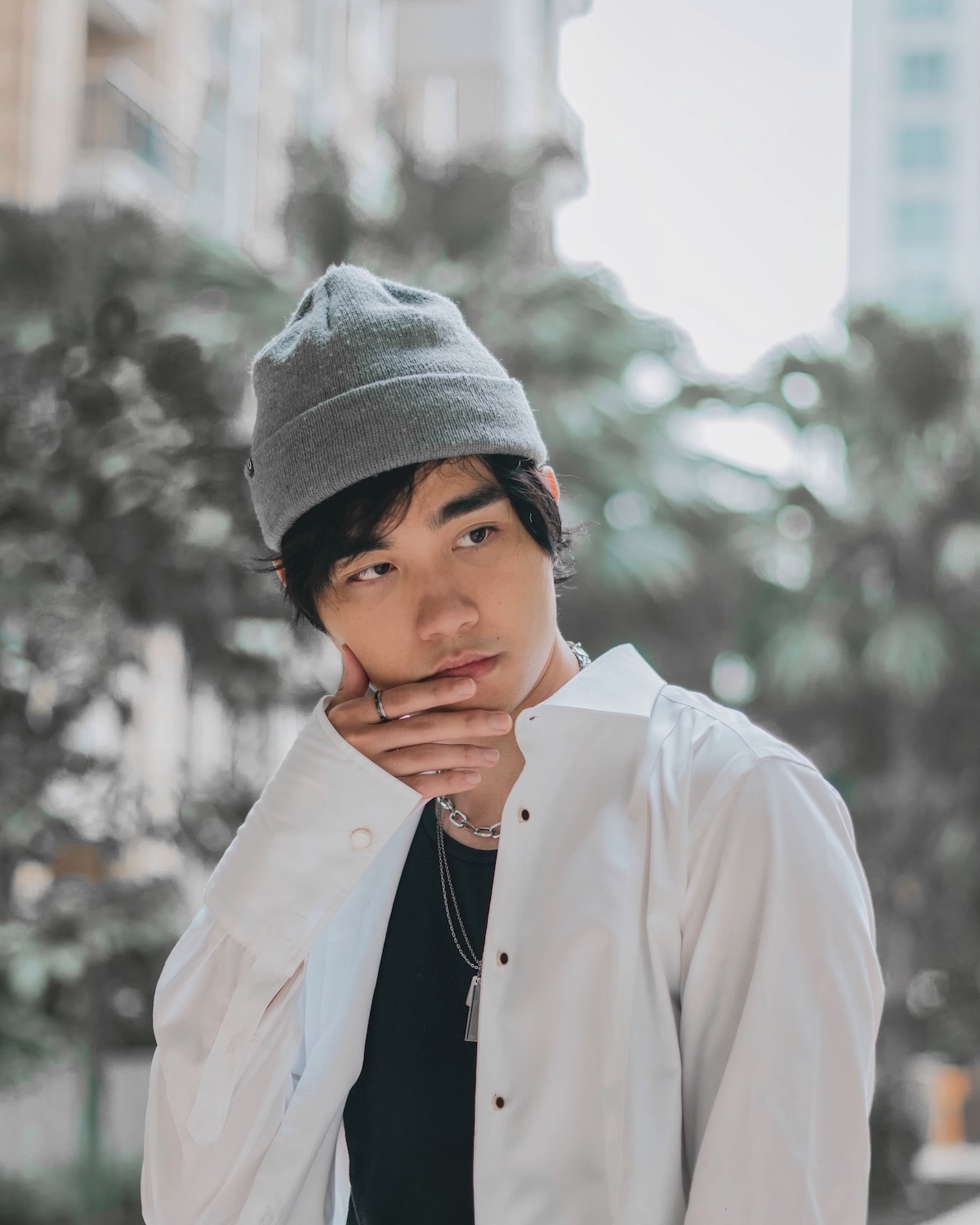 Named Bernard Dinata outside the music sphere, Lullaboy’s songs take on the many meanings “love” can have. The popular track “Someone Like U” is unapologetically romantic, something which he’s ready to agree with. Taking inspiration from the likes of Niki, his self-penned love song has won listeners around the globe, including Jaehyuk from Treasure—a rookie group from K-pop mainstay YG Entertainment, and coincidentally, a company that Bernard once interned at.

While we await his upcoming debut record, we got on Zoom and talked with Lullaboy about Jaehyuk’s surprise reco, the odd middle ground between gospel and emo music, and his advice for every emotionally constipated kid.

Hi, Bernard! Congrats on “Only in My Dreams.” I watched a video with you and your mom reacting to the song together which ended in this really sweet hug. Can you tell me what the conversation was like between you two after that?

That was definitely one of those moments that I will just always keep close to my heart forever. I wasn’t exactly expecting her reaction to be like that. I think she wasn’t expecting any kind of gift for all the love that she’s given me. She did tell me that at the end of the video that she completely forgot about the two cameras on the side. She just was focused on what was going on in the moment.

I read that you also take inspiration from both gospel and emo music which, to most, are two drastically different genres. What’s the commonality between them that shaped you as an artist?

It’s the fact that both genres require you to be extremely vulnerable and to just be completely honest with your feelings, one in a spiritual sense, and the other in a more emotional sense. I always think of it like a Venn diagram where it collides right in the middle, where I believe I am. It always made me an emotional person because I love both so much. It’s the kind of music that I wanted to make and wanted to give to the world as inspired by both.

[My songs] are all these different shades of love. But I hope that everybody is able to see it as one big story, because love is complicated, you know?

Your songs are very personal, and we can tell as listeners that you tap into this very vulnerable side of you. Do you think vulnerability is a prerequisite when it comes to songwriting?

I believe that there are different types of music. Of course, there’s music where you don’t have to be vulnerable at all, you can just make people dance or just give people vibes, hype them up. And I love that kind of music as well. But the music that I felt really connects to me requires a high level of vulnerability.

I’m really a lyric-based person. I really love when the lyrics of the song come first, and then you blend it together with melodies. And then after the melodies, you plant it together with the harmonies. And to make this type of music, there’s no other way besides being authentic. So I just always had to be real to myself, and then the listeners will be able to feel that as well. 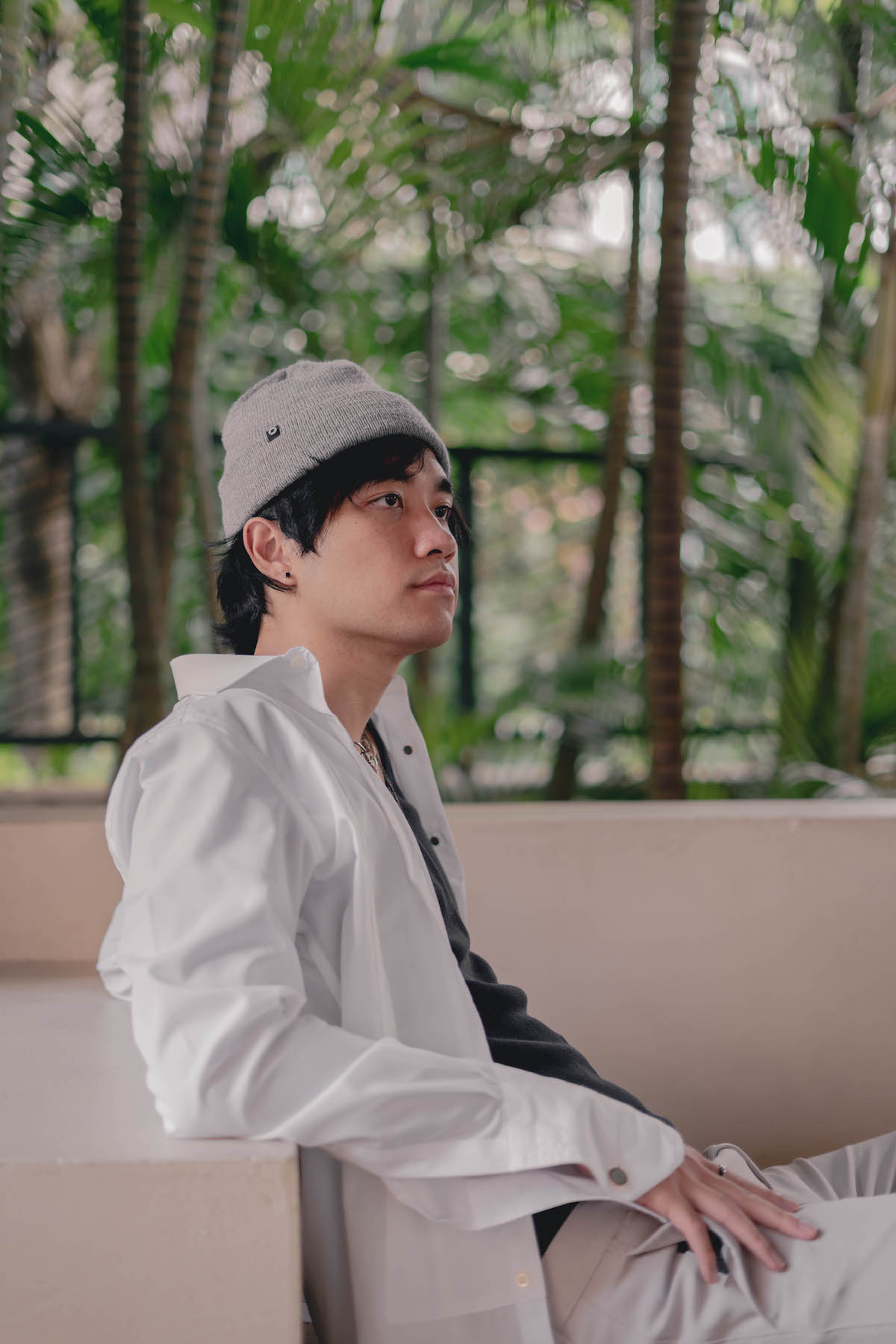 I think the listeners can also grasp the lullaby aspects of your music. But can you also tell us the origin story behind your name?

That’s an interesting point that you brought up. A lot of times people used to tell me that, “Oh, your voice is so calming and soothing.” Like, oh, really? Okay, like, it’s cool being able to make music that helps people chill out.

But how the story of the name came about was that I’ve been thinking of a stage name for years. I don’t want to just be Bernard Dinata forever. I want to be something else, I want to be something more. And one day, Lullaboy just came to me out of nowhere, and I felt that it was the perfect name. It describes me and describes my music, and it describes the person that I want to be. I just always want to make music that brings people comfort, whether they’re having a good day or a bad day, a happy day, or a lonely day.

I also wanted to talk about how Jaehyuk from Treasure recommended your song “Someone Like U” the other day. What was your initial reaction when you heard about it, especially with the fact that you once interned for YG?

At first, I didn’t believe it. It was just a DM from a fan that told me. I checked YouTube where there [were] a whole bunch of comments. It took me five minutes to realize that it was real.

Strangely enough, that had actually had nothing to do with my internship. It was just a coincidence that such a singer from a big group could hear my song, and that just means that music really reaches the whole world. But I hope one day I get to see him and say, “Thank you. Let’s do a collaboration.”

That’s such a cool coincidence, though. I gotta ask you too, since last year, I saw that you uploaded an earlier version of “Someone Like U” on YouTube titled “For Niki Zefanya.” You said that this was partly inspired by one of her songs. Is Niki one of your dream collaborations?

I think it’d be super cool to do a collaboration with her. I’ve never released a song with a female artist, and she is definitely one of those people who are on the top of my list. If she ever knows who I am, I’d love to show her the song because, in a way, it was kind of inspired by some of her music too.

A lot of the comments said that they really wanted Niki to see it.

Yeah! What’s also super interesting is when I made “Someone Like U,” I was thinking to myself, I really hope people in the Philippines like this. It’s a song that we can all kind of chill to and I know Filipinos have a super chill and loving vibe. I’ve been there twice. I just loved the feeling of family and the love that I could feel wherever I went. So in a way, I feel like Indonesians and Filipinos have that similarity. I really hoped Filipinos like the song, and thankfully, a lot of the listeners are actually from there.

I just always want to make music that brings people comfort, whether they’re having a good day or a bad day, a happy day, or a lonely day.

Apart from music, what would you say is another thing that you’re passionate about?

I’m a big family person, as people can tell. I don’t try to hide that. I’m a big animal person too. I love spending time with animals, but when it comes to my hobbies, I’m a huge movie guy. I like entering different worlds and hearing different people’s stories. And so that way, it helps to inspire me to create more music.

I also heard that your upcoming album will touch on different aspects of love. So aside from maternal love, can you give us a preview of what other sides of love we can expect?

Every time I release a song ever since I became Lullaboy—which was in October of last year—there has been self-love and romantic love, for sure. One of the upcoming ones that I haven’t told anybody yet is spiritual love. There will also be heavier topics like toxic love, because that’s something that I’ve seen a lot of people go through, and I’ve been through a little bit of that myself as well. The album will have 12 songs, and it’s all these different shades of love. But I hope that everybody is able to see it as one big story, because love is complicated, you know? 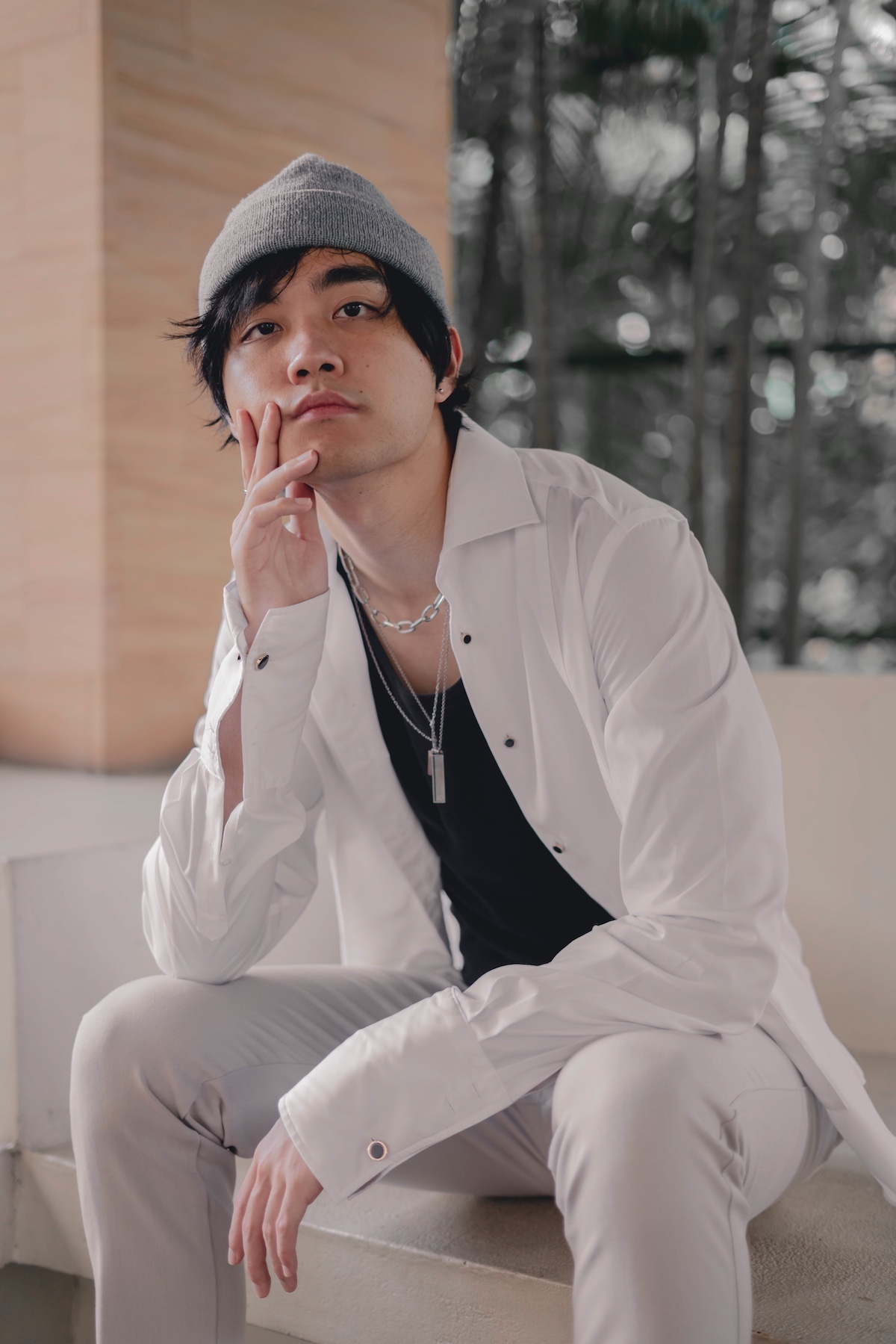 There are a lot of young people who would consider themselves “emotionally constipated,” and find it hard to say those three words, whatever kind of love that is. To you, what’s the best way to say or show that they love someone?

Whoa, that’s a great question. I feel like I might be quite qualified to answer this question because I’ve never really been afraid of expressing my feelings to people. And it’s gotten me in trouble a little bit. [laughs] But it’s also gotten me a lot of great things.

I always tell people to tell the ones you love that you love them before it’s too late. And that’s a lot of the reason why I wanted to release “Only in My Dreams.” But there are so many different ways. Some people don’t believe in love languages, but I do. So if there’s someone you love, try to show them through their love language. I think they’ll be able to appreciate that a lot more.

SHARE  Warning: This article contains major spoilers. In my last year of college,...