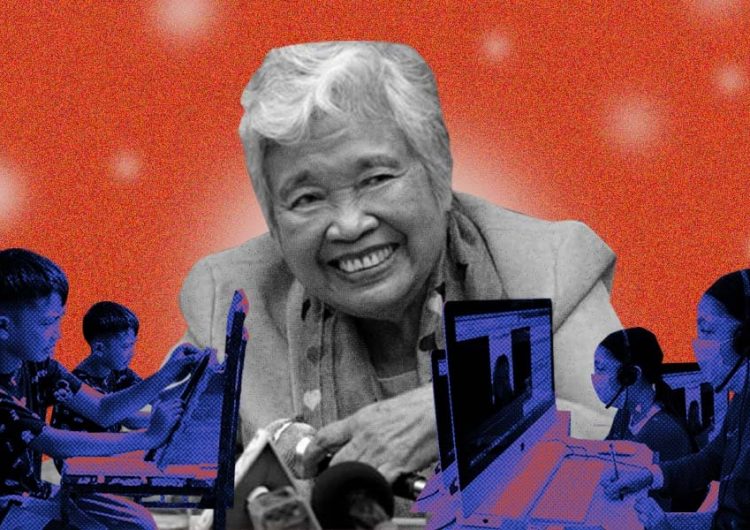 Through a wide online campaign in July 2020, students asked strangers for one-peso donations to buy laptops for online classes.

In August last year, a report received by the CEGP (The College Editors’ Guild of the Philippines) revealed that a 21-year-old student died by suicide as he couldn’t afford resources for distance learning, especially when the pandemic gravely affected his family’s livelihood.

Meanwhile in Iloilo City, Hazel P. Villa, an education professor, shared the reason behind a student’s concern about an empty phone battery. “I said he could always charge his phone, but then he said he had to walk one kilometer to do so,” she said, adding, “It turns out he was on top of a hill which was the only place where he and several other students and teachers in their sitio (hamlet) could find a signal and attend online classes.”

S.Y. 2020-2021 is full of these stories. And with three already too many, is “successful” the right word to describe students’ current experience?

In today’s doomscrolling, though, this is exactly what we hear from our country’s main agency for basic education. “[The Department of Education] celebrates with great joy its success in opening classes for the second year in the time of COVID,” DepEd secretary Leonor Briones said during a live-streamed welcome program for the new school year, as reported by ABS-CBN.

“We opened classes last year. We successfully ended them. Now we are opening another school year. Isn’t that success worthy of celebration?” she added.

As if we’re stuck in a glitchy time loop, Briones also claimed “victory” for online classes against COVID-19 last year.

But on the same day the opening of classes is celebrated by DepEd, students themselves are making extra efforts to be heard. Exhibit A: The surge of #AcademicBreakNow, #PagodNaKami, and #LigtasNaBalikEskwela hashtags, mostly voiced by students of the University of Santo Tomas since last weekend. DepEd is also still trending as of writing, as students continue to call for their attention.

On Sept. 9, the UST Central Student Council Board appealed to the school’s admin with a petition letter that highlights the need to to prioritize the student body’s health and well-being. Backed by position statements and academic break or ease recommendations, this document also shows the results of a survey accomplished by students from Sept. 4 to 6. It was not mentioned, however, how many students were able to answer the survey.

The results revealed that from a scale of one to five (with five being excellent and one being poor), the majority of respondents (78.3 percent) graded their mental health status within the range of one to three. A few of the mental health issues mentioned are anxiety, sleeping problems, and poor frustration tolerance, among others. The survey also asked if students or their family members tested positive for COVID-19 in the past two weeks, with 2.1% confirming a positive test result.

As with medical frontliners, young folks don’t need performative support and sympathy. They need leaders who are willing to listen. And if there’s anyone who can rate a school year’s victory-o-meter, students should be the first ones to be asked.

The Department of Health (DOH) reminds the public, especially those who have mental health issues, that they can contact the DOH’s 24/7 Hopeline to either help them unburden their emotional baggage or to seek professional help. Hopeline can be reached via hotlines 804-HOPE (4673); 0917-558-HOPE (4673); or 2919 (toll-free number for Globe and TM subscribers).

SHAREOur favorite ’80s-based Netflix show might’ve been feeding us hints. But the Internet...