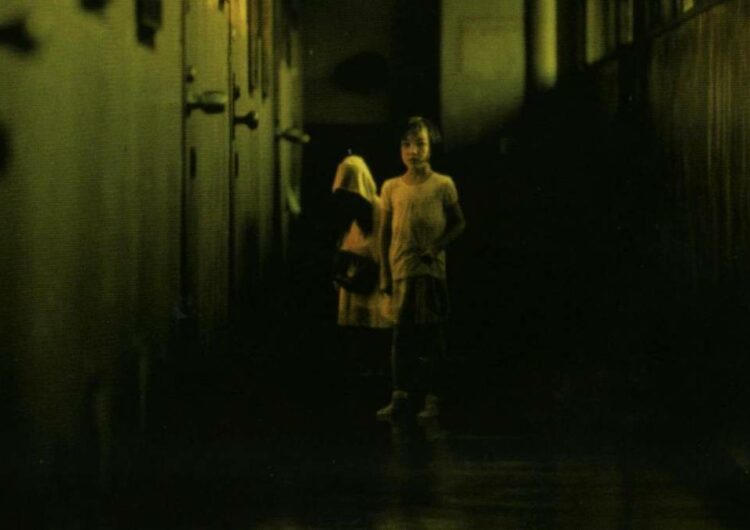 [Trigger warning: These films all cover dark and intense themes.]

Halloween is a tricky subject for some. Dressing up and getting scared are all good and fun, but navigating horror films for movie marathons might be a hit and miss—especially if you’re gore-averse.

If the sight of red stuff makes you queasy (and you’d rather have body parts where they’re supposed to be, thank you very much), don’t fret: You won’t have to miss any of that good horror content. Here are six films that are bound to be spine-tingling, without the graphic bloodshed.

Set in post-World War II England, the Spanish-American film sees a woman named Grace (Nicole Kidman) who moves to an old mansion with her two photosensitive children bound to live indoors. Large ancient houses already spell trouble, but with the curtains drawn permanently close and the addition of three mysterious servants, the children soon point out that their home could be haunted.

The icon of found-footage films, “The Blair Witch Project” pretty much typifies “cultural reset,” at least in the horror department. With little to no blood involved, the eerily realistic horror flick peeks at the disappearance of three student filmmakers creating a documentary on local legend the Blair Witch. Only their equipment and footage are found—which is, you guessed it, the movie.

When your mom warns you about the creepy people you meet on the internet, she’s probably thinking of this scenario. In “Creep,” a struggling videographer looking for fast cash answers an online ad to record the last messages of a dying man. The said man becomes overtly friendly as things progress, until the videographer is left with dread due to his client’s stalker behavior.

It’s the year ’09, and this film is everywhere. But if you missed out on the hype, then here’s the quick gist: A couple moves into their new home, and one asserts that evil spirits haunt the space. To check it out, they plant a video camera to peer at the hidden activities that happen while they’re sleeping—and voilà—you have nightmare fuel for bedtime hours.

In this Japanese horror, divorced mom Yoshimi (Hitomi Kuroki) hopes to make a fresh start in her new apartment, along with her young daughter Ikuko (Rio Kanno). Their new place is less than ideal, though, when strange occurrences start to happen, and they start seeing visions of a phantom young girl haunting the corridors.

Psychological thrillers are where it’s at, folks. 2015’s “The Gift” follows married couple Simon (Jason Bateman) and Robyn (Rebecca Hall) who run into their old classmate Gordo (Joel Edgerton), an unwanted visitor randomly dropping at their home with mysterious gifts. They soon uncover a 20-year-old secret kept between Simon and Gordo, sending a ripple of tension even to the ones they’re closest to.

Read more:
7 horror video games for people not in the Halloween mood (yet)
5 YouTube horror shorts to keep you up at night
8 terrifying Asian horror films that’ll keep you up all night

SHAREWith the first ‘Ber’ month slowly waving us goodbye, the quarantine has practically...

SHAREThe biggest and arguably most exciting virtual band is back. Not with a...