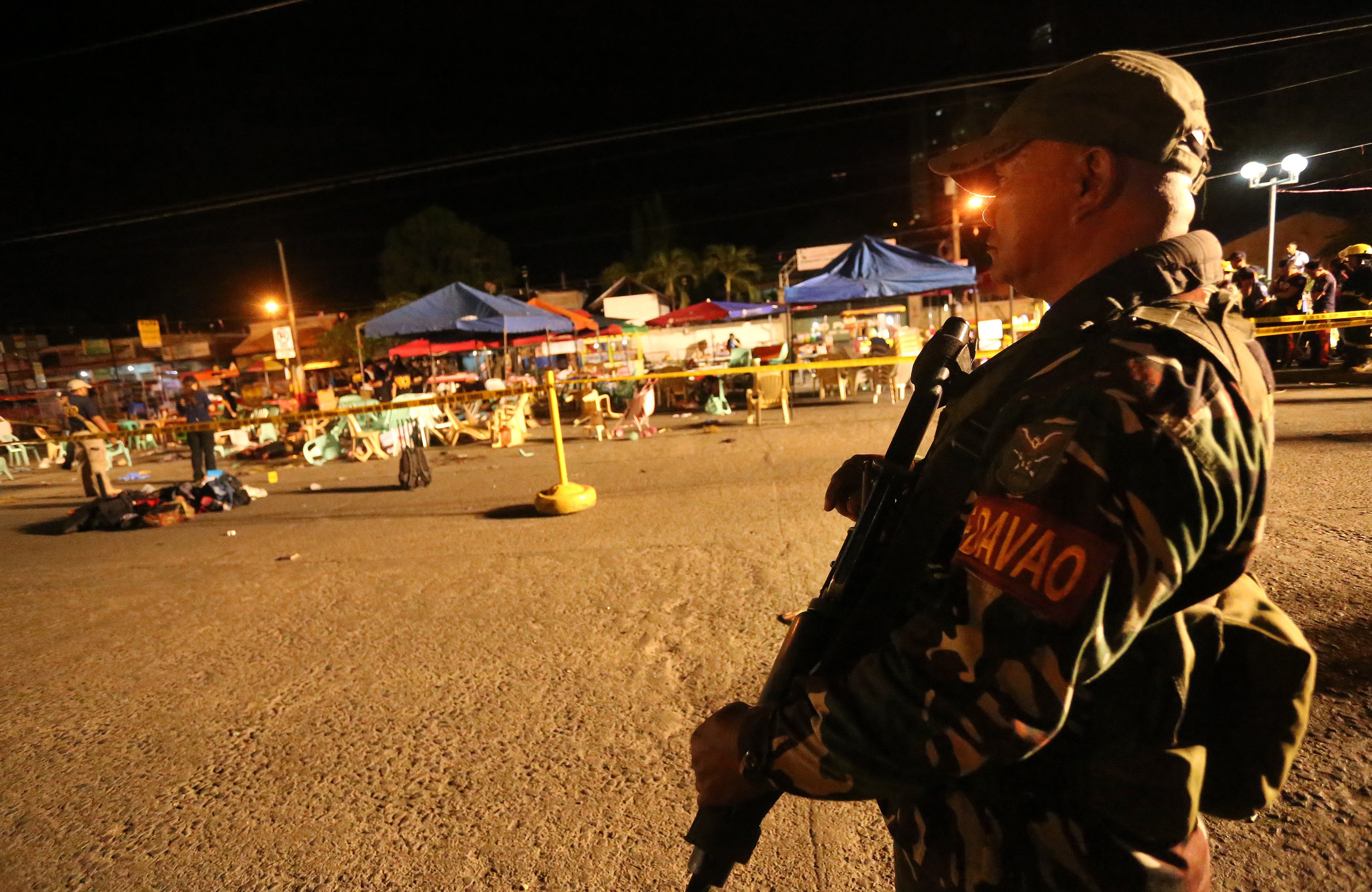 Last Friday night’s Davao blast, an act of terrorism whom nobody still can verify committed, caused President Duterte to put the whole country in a state of lawless violence. Although there was some initial confusion as to whether the state applied to the island of Mindanao or the entire Philippines, it seems that we’re all in a lawless state no matter how near, far, or wherever we are from Davao and possible terrorist activity.

First of all, for those who are concerned with the liberal use of the phrase “state of lawlessness,” what does putting the country in a state of lawless violence entail? It’s simple: all it means is that the president can summon the military to help the police do their regular police jobs and “suppress lawless violence.”

There are no curfews (yet, unless your city/barangay specifically has a curfew ordinance), no compromises of any civil liberties (meaning nobody can force their way into searching your property… yet), and no suspensions of the privilege of the writ of habeas corpus (meaning nobody can detain you illegally… yet). It also sure as hell doesn’t mean martial law (yet). Basically, there’s no need to worry as long as—like with everything—you’re not part of any sketchy business.

The president’s ability to use the armed forces in dealing with “lawless violence,” however, is quite broad—and its broadness has a lot of potential for abuse, especially now that the proclamation is also for use in the so-called war on drugs.

I don’t mean to spread needless conspiracy theories, but in blanketing the whole archipelago under a state of lawlessness, how is it not a “just the tip” scenario for worse possible situations? Not that we’re assuming it’s definitely gonna happen, but 1) there is a precedent for this kind of speculation, and 2) I can’t help but feel that the way it’s been implemented is an overreaction. Yes, there have been bomb threats in some universities in Manila, but those don’t seem to be enough of a reason to throw the whole Philippines under a state of emergency.

Let’s hope that this whole situation is just what it is on its face, because it’s got all the possibility to get much worse. Just watch your back. Meanwhile, the good news in all of this is that the local Davao City government and the president himself have been doing all they can to help the blast victims and their loved ones. That’s something we can get behind.

THE Clothing’s Holiday 2016 Collection Is Dropping This Saturday

There's no need to explain: skate-inspired lifestyle brand THE Clothing has a new...

SHAREJust a week after dropping “Simmer” Paramore frontwoman Hayley Williams is back with...