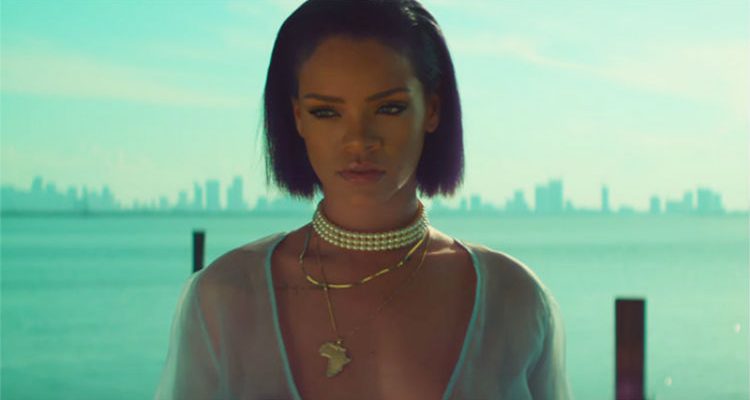 The last time Harmony Korine directed a music video, it was The Black Keys’ “Gold on the Ceiling.” This time, the Gummo and Spring Breakers director channels Rihanna’s femme fatale vibes with a very NSFW video for her latest single from her album “ANTI,” Needed Me. “But baby, don’t get it twisted/You was just another nigga on the hit list,” Rihanna sings as she struts inside a strip club with a pistol. The video has tatted men throwing money at strippers, gun shots, and roaring motorcycles, but it’s a lot more revenge fantasy than your run-of-the-mill gangster music video.

“ANTI,” as Pitchfork describes in their review, is about disappointment—and apparently disappointment of all the people in Rihanna’s life. Rihanna uses that feeling, that lack, as fuel to put her into a position of power. Rihanna is the same good-girl-gone-bad in the visual, but this time her sultry and dangerous persona is bathed in honest grit rather than poppy flair.

A series of grimy vignettes don’t form much of a narrative, but it’s cohesive enough to invoke a mood that supports Rihanna’s personality. A DJ Mustard-assisted piece with raw lyrics deserves an equally raw video, and there’s no doubt that Harmony Korine and Rihanna sounds like a good matchup (here’s to hoping that Harmony Korine releases more work.)

I’d wager that this video is better Bitch Better Have My Money. No idea why Rihanna released it on 4/20, but I don’t really mind if there’s a connection or not. Rihanna is Rihanna. She can do whatever the fuck she wants.

Hey Pantone, I’m willing to lend you my palette