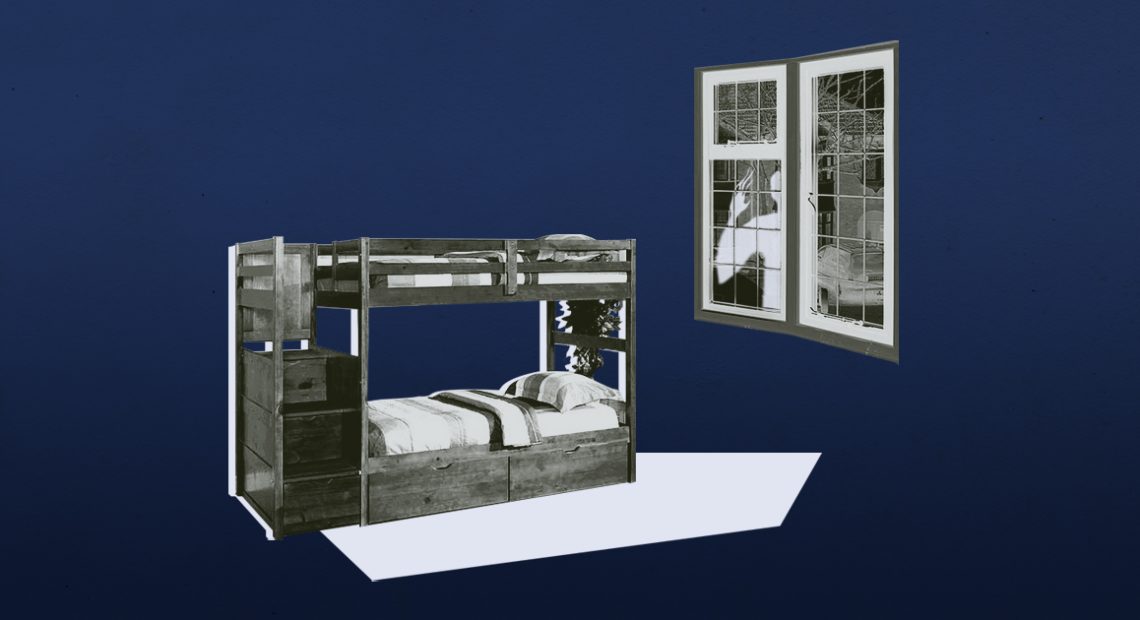 Ghouls, ghosts, the beings from beyond—these are the stories that never fail to send shivers down our spines. While they’re frightening on both the page and on-screen, there’s nothing more alarming than experiencing it first-hand.

Every year, Buddhists and Taoists believe restless souls are set free to the land of the living during the lunar calendar’s 7th month. Ghost Month this year falls on Aug. 1 to 29, but terrifying experiences could happen any moment. These following stories from some of our friends make perfect examples that the supernatural may just be lurking around the corner.

Read more: For your consideration, 5 TV shows based on Philippine mythology 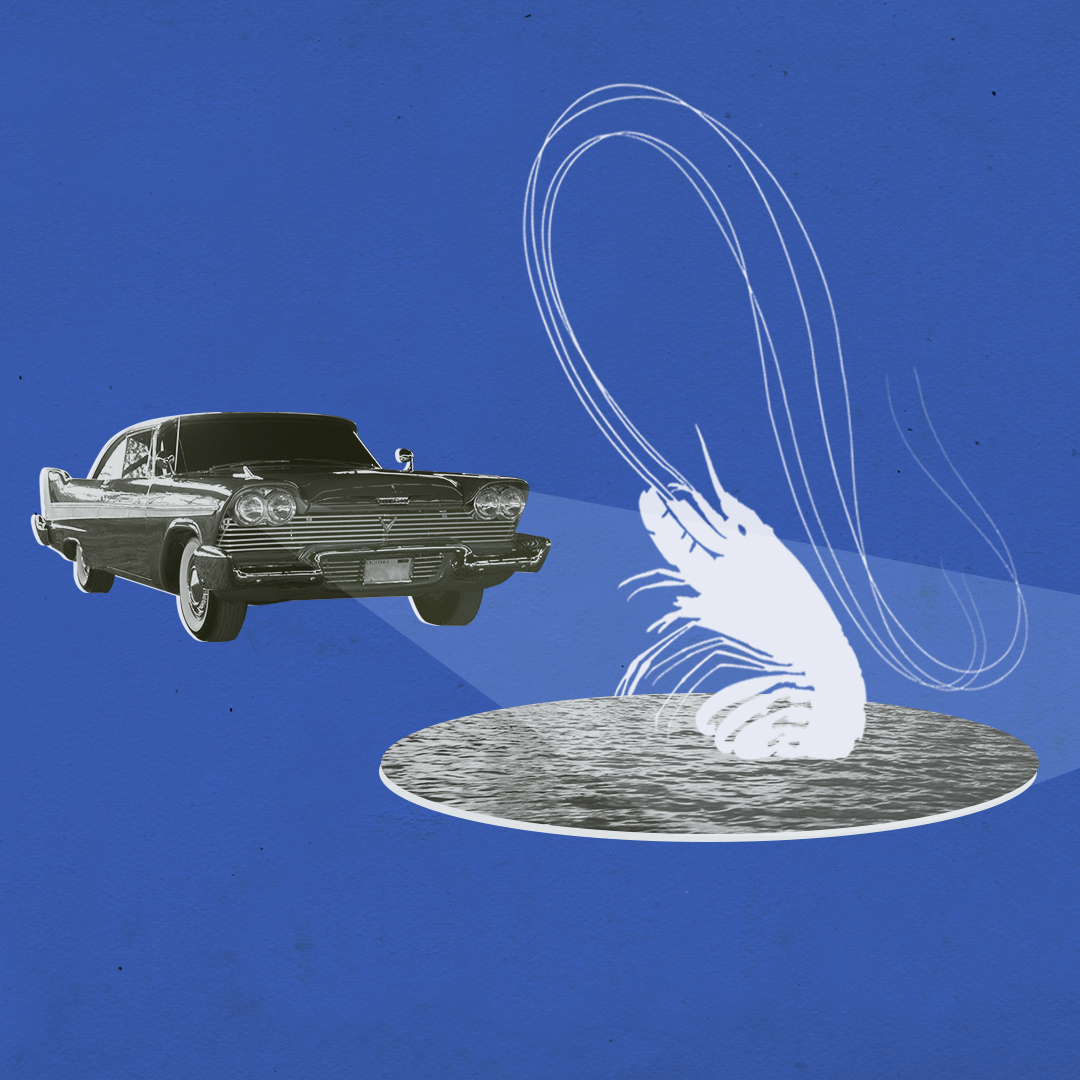 Mara* and her siblings spent many summers in a house of their dad’s neighbor-less best friend in Batangas. The scene is straight out of an adventure movie, with visitors having to brave a forest and a dirt road before reaching the house nestled on top of a hill. Apart from that, there’s also a sapa or creek, where many stories lived through time. “Tabi tabi po, makikiraan po,” is the magic phrase their dad passed onto them, a safety net every time their car passed by the creek. “Diwatas and duwendes guard it,” their dad explained.

One time, the trip of their father’s best friend to the market was delayed when his car suddenly stopped upon reaching the creek. Baffled like a normal traveler, he went out of his car to check the engine. Instead of finding any mechanical glitch, what he noticed was the sudden pristine look of the creek—far from what it actually looks like. “The sapa is not at all clear water,” Mara said.

What did he find by the creek? Aside from the water’s crystal clearness, there were shrimps swimming in the creek so many that he decided to get one. But when his car started working, he got in the car and decided not to get one. When he looked back at the creek, the shrimps vanished like they were never there, and the water looked dirty again.

The house at Pila, Laguna
As told to Katrina Maisie Cabral 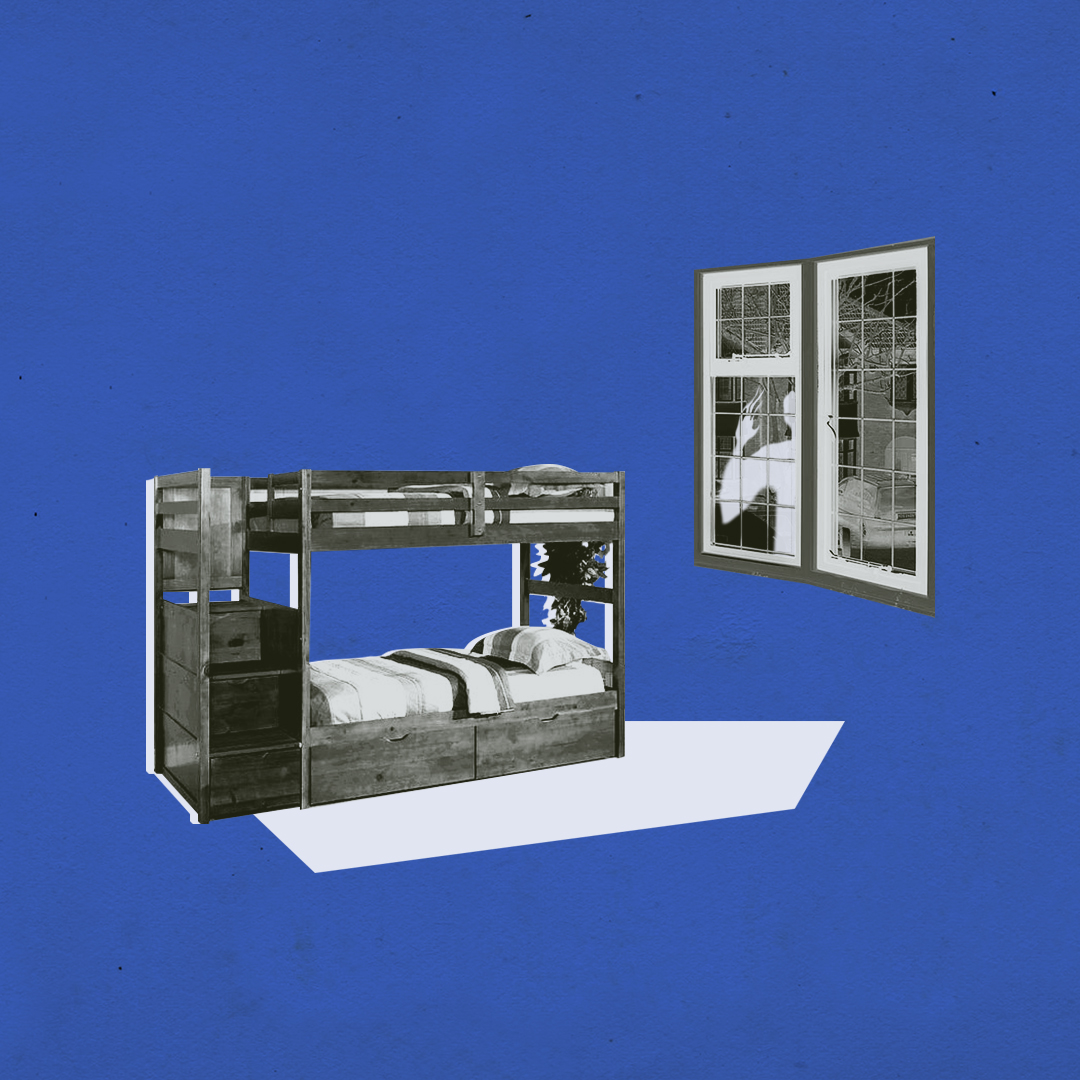 Tina* and her fellow nursing students went to Pila, Laguna for their course’s immersion. Before they arrived, the older students told stories of spirits lurking around their destination⁠—their temporary home was a two-storied house, nearing a decrepit state.

On the afternoon they arrived, they filled the old house’s first floor with noise during a meeting. This caused a disturbance when one of them fell from their chair, seemingly toppled by a force unseen. It was merely the beginning.

When night fell, Tina and her friend settled in one of the rooms where a lone bunk bed sat. As Tina lay there praying, the bed began to sway. She saw a glimpse of her friend from above, whose eyes were tightly shut. She held out to her with trembling hands and grasped for the remainder of the night. No one spoke a word, but neither dared to sleep.

With the safety of the morning light came the ease to talk about the night’s events. Tina’s roommate revealed how she witnessed a man lurking in the shadows, a vision with long hair. She didn’t distinguish a face and was glad she didn’t.

They were on their way out when she gave voice to her fears: a set of feet were walking down just three steps of stairs without arriving at the end.

After that, the sensations of objects moving would be a common occurrence. But it wasn’t until the next morning that the visions reappeared. One student sat opposite the staircase, when all of a sudden, she jolted from her seat. She remained stone-faced as others started wondering what’s going on. They were on their way out when she gave voice to her fears: a set of feet were walking down just three steps of stairs without arriving at the end.

The group stayed in the house for three days. When they had to return for another immersion, nothing eventful happened again. They were only left with the feeling that someone continues to watch.

Horsing around
As told to Jelou Galang 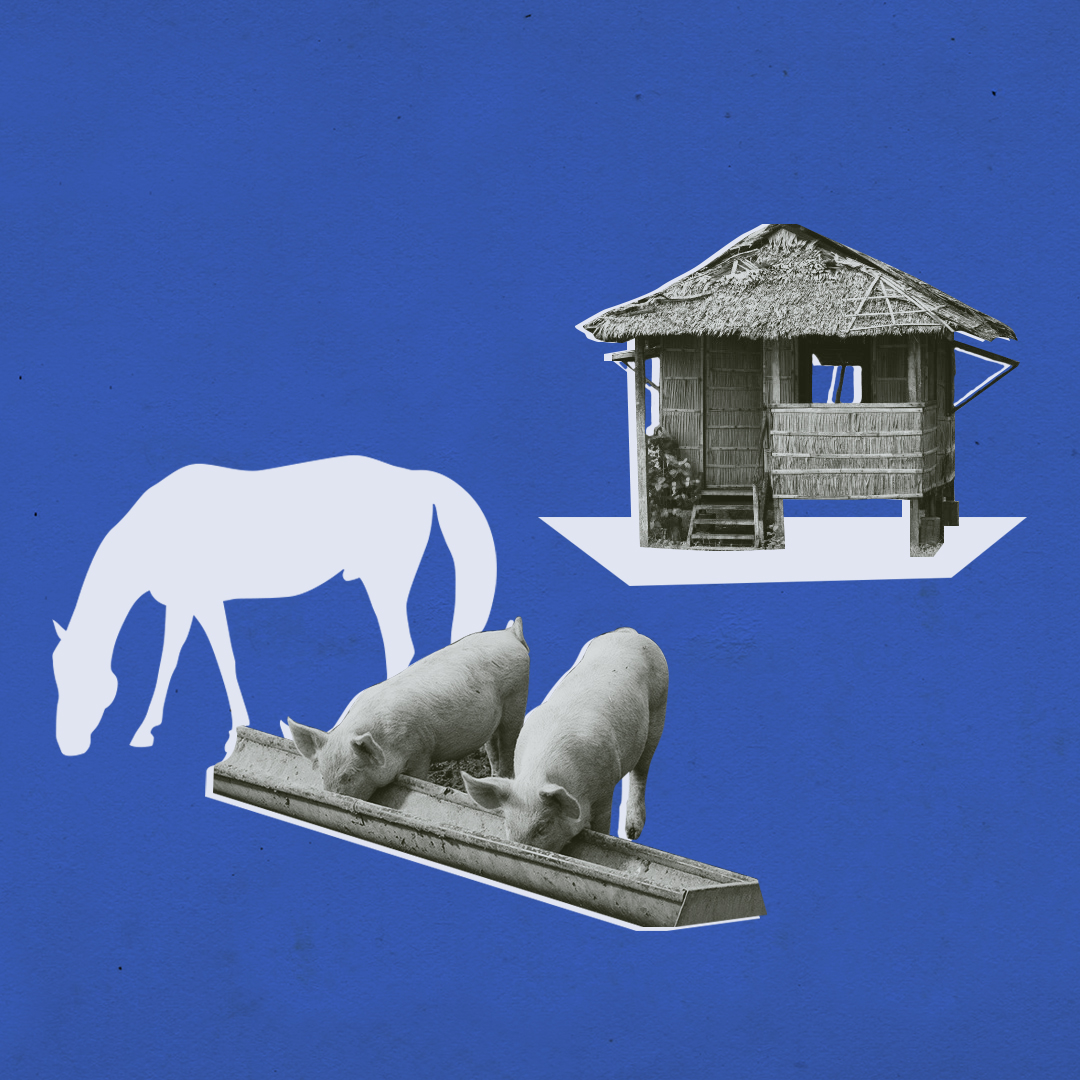 A piggery was part of Kaye’s childhood, as her family owned one when she was as young as nine years old. That small lush farm strictly had pigs and chickens only, and family members would gather around to hold barbecue grilling sessions to camping nights with some friends. But one camping event was rather memorable.

It was 7 p.m., and while Kaye was busy napping in the kubo within the area, adults were busy preparing the hapag for dinner. What made her wake up are the adults’ conversations, with their tone of concern almost alarming. “Ano bang amoy ‘yun? Ang panghe!” Kaye’s ninang blurted out. Many agreed, and one chimed in, “amoy ihi ng kabayo.” As if the scene was waiting for a confirmation, the farm’s caretaker told the crowd, “Merong tikbalang na umaaligid.”

Kaye made it clear to me that they had no horses at all or anything close because backyard farmers within the vicinity have only pigs. The smell persisted for 30 minutes, and they were left cautious in the dark, with only emergency lights to let them see what they could see. 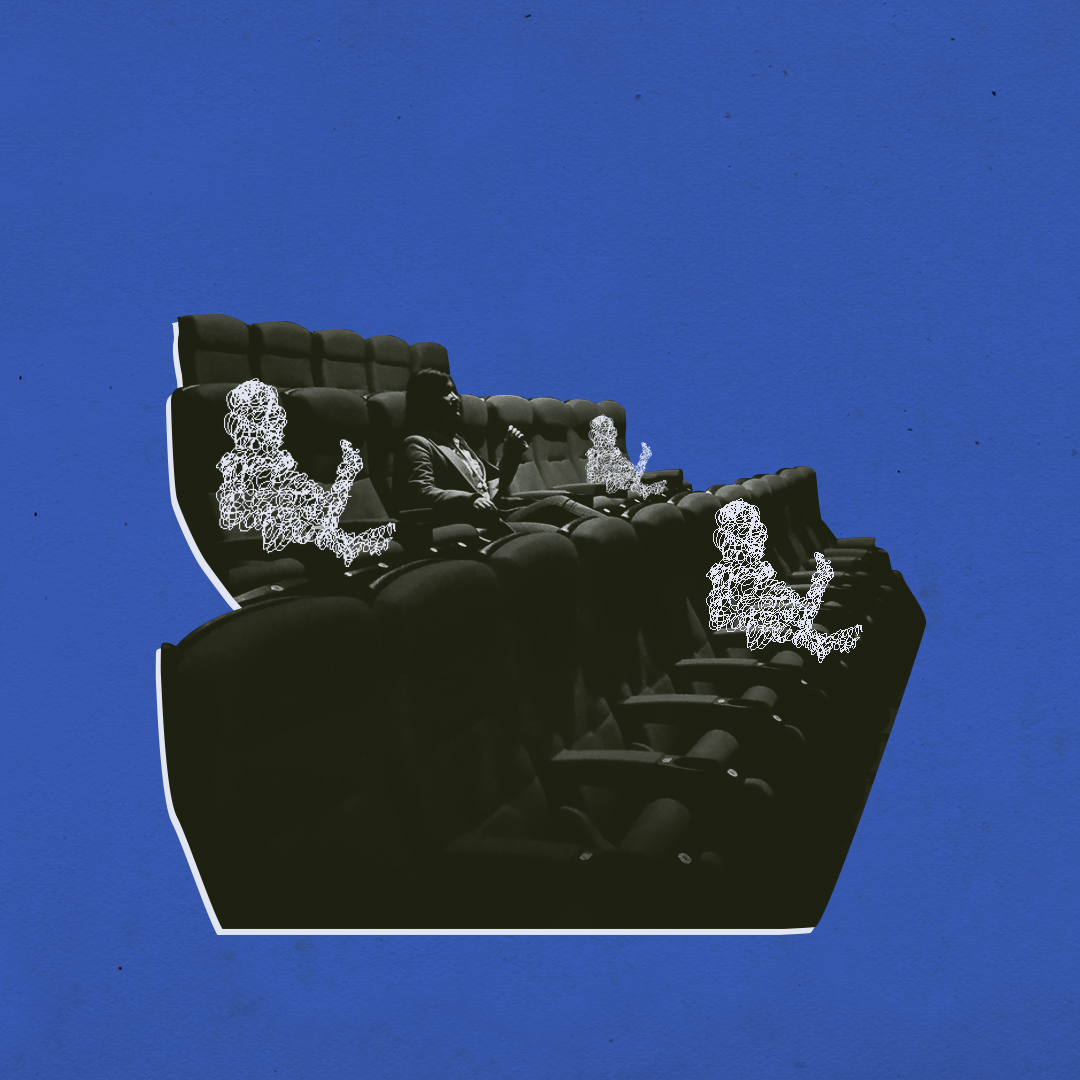 The internet is filled with tales of apparitions, and ones surrounding the iconic haunted halls of the urban area aren’t in any shortage. One of these is told by Husky over at Philippine Ghost Stories, set in the backdrop of the eerie Manila Film Center, a building likened to that of an imposing mausoleum. I had regularly passed by the building myself and sensed that something was amiss. This was before I learned the history behind it.

He said they were being drawn to another dimension. The voices he heard around them were angry, as if calling out for help.

Many have covered the true story of the infrastructure in documentaries, which details the hasty orders of Imelda Marcos to complete the construction. The incident led hundreds of laborers abandoned and left to their demise. Husky’s companion with a Third Eye has encountered the consequences of the restless pervading the building.

They were walking along the corridors when he claimed that the walls were liquifying like fluid cement. “Parang nalulusaw yung mga pader,” he stammered, before running in an attempt to flee. He said they were being drawn to another dimension. The voices he heard around them were angry as they called out for help.

Bulletproof, nothing to lose
As told to Jelou Galang

An agimat isn’t confined as a Filipino fantasy film element for Chloe. In fact, her great grandfather had all sorts of them. Stories say that he was a healer, a kind of albularyo who recited prayers and secrets in Latin.

It was the 1940s, and Japanese soldiers were storming all over Cavite. Chloe’s great grandfather had to protect his family of 10, and she claims that her grandmother—who was then just nine years old—was quite special. “Not to boast or anything, but my lola was the fairest of my great grandfather’s kids. Not to mention, she is also the smartest and most diligent one. This explains why most of her siblings had or have lands because they opted to farm when they were younger, instead of studying,” Chloe said. As the Japanese wanted to get more women and female children for their comfort, the need to protect her grandma spiked up.

It was hell on earth until her lola noticed that their house had some sort of protection, like a big invisible cloak.

Then came the day of Japanese soldiers raiding every house. According to her grandmother, Chloe’s great grandfather summoned some kind of protective spell. “[She said] he spoke words neither of them understood,” Chloe added. The sound of footsteps and neighbors crying for help crawled closer and closer. It was hell on earth until her lola noticed their house had some sort of protection, like a big invisible cloak. Bullets flying toward them just bounced.

What happened to her great grandpa’s superpowers after that? Well, Chloe was told that allegedly a man of super strengths got an agimat during an afternoon consultation with her great-grandpa. This man was allegedly Nardong Putik, who died in Cavite in 1971.

The siren at Taal Lake
Retold by Katrina Maisie Cabral 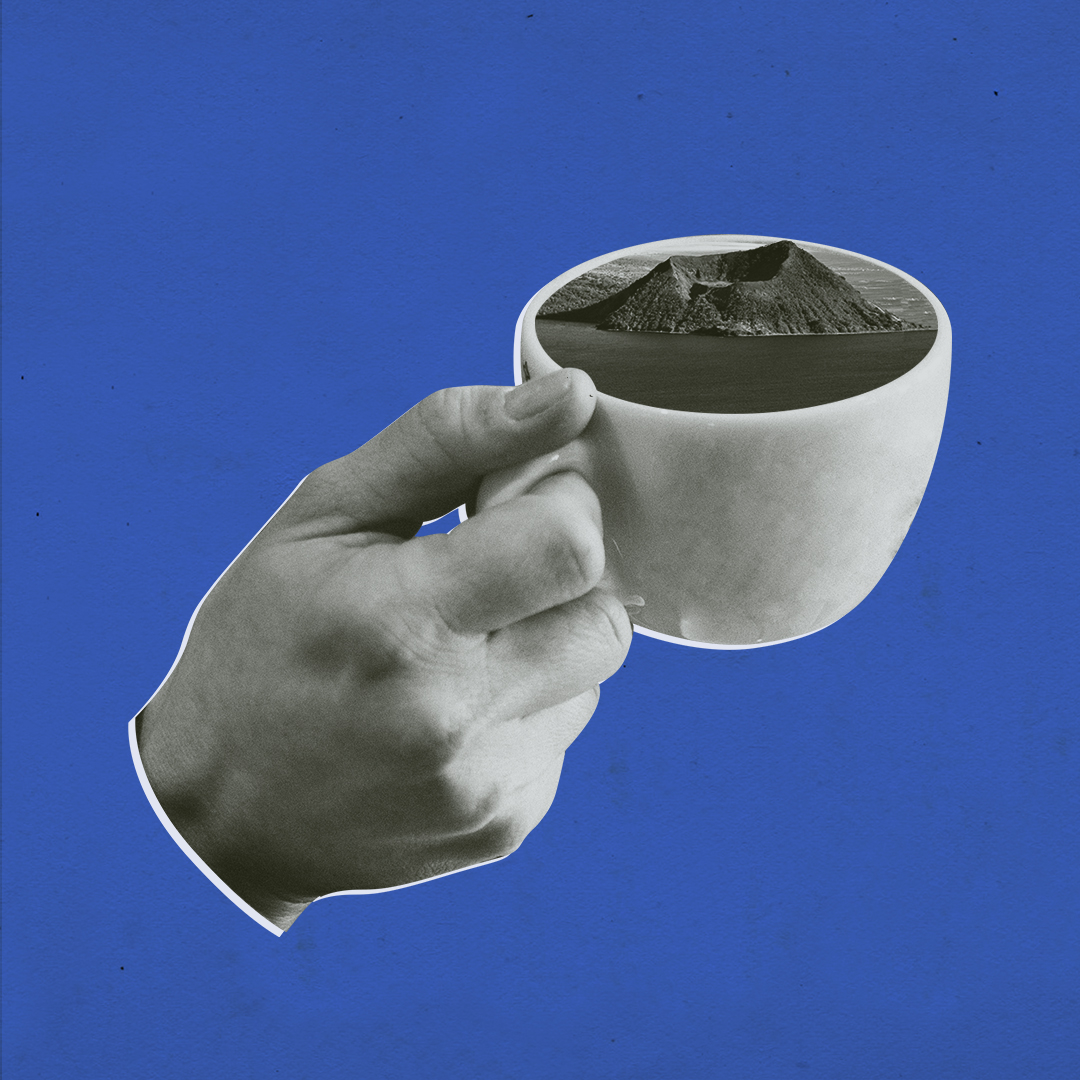 In another anecdote by Husky, he tells of a time at Taal Lake, when he and his friend were having coffee overlooking the view. In the midst of the conversation, his friend fell silent, staring at the lake before them. There was a man drowning in the lake, he said. It was a story as if from the pages of a myth—a sirena swam in the depths, luring and dragging men into the lake. “This may sound like a tall tale,” Husky noted. “But he’s a no-nonsense kind of guy, so you be the judge.”

Are you home?
As told to Jelou Galang

For a good chunk of her life, Audrey lived in an apartment in a Manila neighborhood where vehicles often pass. I visited her place often too and was intrigued with how oddly and intensely comforting it is inside as if it doesn’t sit on that street.

One night, Audrey and her family decided to watch Paranormal Activity 1 in their living room on the first floor. During the paranormal encounter scene, the center light of their stairway started to flicker. It stopped after a minute. Almost half an hour later, the rosary from the altar—located at the center of the stairs—suddenly fell. Lights flickered again, and they decided to stop the movie and pray the Apostles’ Creed.

Audrey said they often had episodes of sleep paralysis and seeing shadows of people they don’t know in that house. Quite strange, but we both couldn’t deny the ironically comforting feeling in the place. “Sobrang comfy talaga to the point na parang the house won’t let you go. Parang very needy, kailangan may tumao lang talaga.” Does this explain why there’s also a mysterious unclaimed wedding gown below their stairs?

Phantom of the Opera
As told to Katrina Maisie Cabral

Jamie* worked in an old office building in Ermita. Down at the ground floor was the auditorium, an impressive theater that housed performances throughout its long period of existence.

For Jamie, the bathrooms of the auditorium were her preferred choice with its ample space. She suggested it to her coworker, who came back with a story that left Jamie never wanting to return to the room again, knowing that her coworker was gifted in seeing the beyond—she caught a glimpse of a hanged woman who was there for one second and gone in the next.

The order to revoke Rappler’s license is a direct attempt to silence dissent....

In with the old: Why I prefer dating older men

I have never dated a teenager. Except once, in high school, when naïveté...