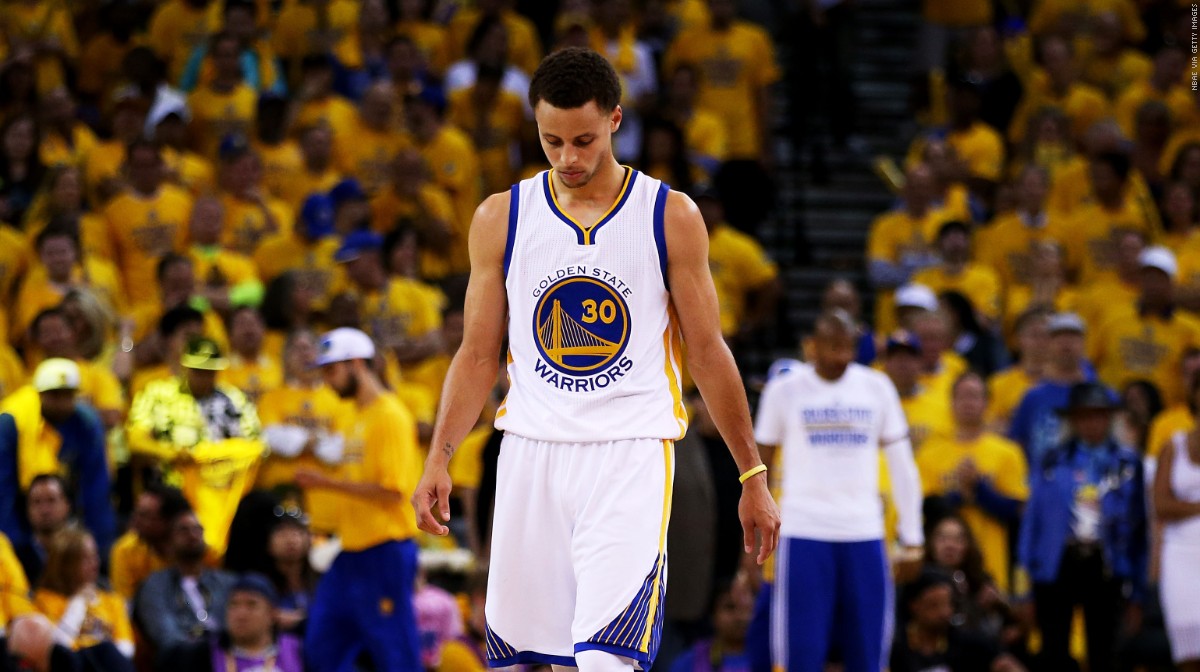 during Game Two of the 2015 NBA Finals at ORACLE Arena on June 7, 2015 in Oakland, California. NOTE TO USER: User expressly acknowledges and agrees that, by downloading and or using this photograph, user is consenting to the terms and conditions of Getty Images License Agreement.
SHARE

This was not part of the plan.

The Golden State Warriors started the season with one goal in mind: to be better than they were last year. They had a dream year in 2014-15, winning 67 games in the regular season, while stomping through the playoffs to win the franchise’s first championship since 1975. They wouldn’t admit it during preseason or even through much of the regular season, but aside from repeating as champions, they had another goal in mind: 73 wins.

Getting to 73 wasn’t just a matter of trying to be the best. It was about rewriting the NBA’s history books, etching a place for themselves in NBA lore in the process. At this point, however, the Warriors might find themselves on the wrong side of the books as the team with the best record in NBA history but was unable to win it all when it mattered.

The Warriors find themselves flummoxed, wondering how this Oklahoma City Thunder team—with only two superstars, a couple of reliable big men, and a rookie coach from the college ranks—have found a way to dissect the offense that confounded the rest of the NBA over the last two years. This was a team that everybody expected to dominate the playoffs the way they did the regular season as the prototype for this new generation of basketball. And yet, they’re one game away from being eliminated from these playoffs by the same team that upset the 67-win San Antonio Spurs just a round ago.

If this is where the Warriors’ season ends, it is nothing short of a disappointment for the team and its fans. The expectations—however unrealistic they were when the season started—demanded nothing short of the perfect season, something you could only pull off in NBA 2K’s Association mode: get the best record of all-time and win the championship. But this is a cruel reminder of how reality can be.

Michael Jordan’s 1995-96 Bulls never ran into this kind of trouble in the playoffs. They just rampaged through the Heat, the Knicks, and the Magic, until they got their toughest test in the Finals against Gary Payton’s Seattle SuperSonics. And even then, they dispatched of the Sonics in six games.

You can’t say this is karma for the Warriors after Draymond Green kicked Steven Adams in the balls twice in the series’ first three games. The Bulls also had their own irritant in Dennis Rodman. You can’t say this is karma making up for Steph Curry’s otherworldly talent because the Bulls had Jordan. This certainly isn’t karma for the Warriors being overconfident because any team that makes it this far—and hopes to make it to the Finals—has to have that swagger to believe that they can actually win it all.

It should be interesting to see how Golden State bounces back from this in Game 5 at home. It’s equally fascinating to watch how the Warriors’ new fans all deal with this. For all the talk about there being a “Dub Nation,” a lot of its citizens just immigrated when Chef Curry started cooking and the Warriors started winning. Will these people stay on the same bandwagon? Or will they be no better than the Miami Heat’s fans, who infamously left the Heat’s games against the Spurs in 2013?

It’s amazing how much the Warriors’ narrative has changed in a week’s time. They went from the most dominant team in basketball to having their backs against the wall with possibly only one game remaining in what should have been their poster year.

And through all of this, we’ve all forgotten about the fact that Kevin Durant was this close to leaving the Oklahoma City Thunder. That’s because on Friday, he and the Thunder are this close to eliminating the Warriors and returning to the NBA Finals.

SHAREOn May 5, The National Telecommunications Commission (NTC) ordered a cease-and-desist order against...