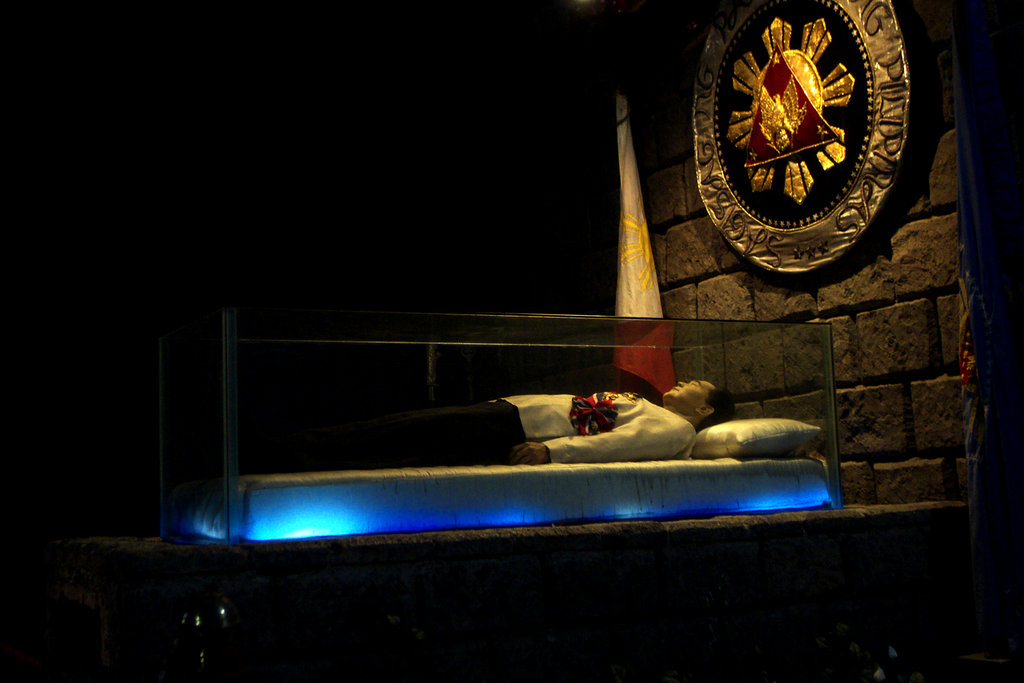 There are million reasons not to transfer former President Ferdinand Marcos’s body in the Libingan Ng Mga Bayani, and most of them are soaked with blood. But we’ve now got what seems to be the most legit reason to not put him there: a deal made with the Marcos family themselves stating that the late dictator wanted to be buried beside his mother in Ilocos Norte.

In an agreement former Interior Secretary Rafael Alunan III kindly reminded everyone of last Saturday, the government agreed in 1992 to fly Marcos’s body back from Hawaii after he died there in 1989. They agreed to have him return, but straight to Ilocos Norte. He was given military honors, not paraded around Manila (because duh), and was to be interred in the grave beside his mother in Batac, Ilocos Norte. Obviously, as anyone who’s been to see his creepy allegedly-preserved self in his museum/mausoleum in Laoag, that hasn’t been the case.

It’s likely that Marcos settled for this after he realized he was never going to be buried in the Libingan, but it’s also likely that this might be what he wanted all along. We don’t think we need to count the many reasons why Marcos shouldn’t be buried there to begin with—all we’re gonna say is that if we really let this happen, we’ll be mocking the last 30 years of freedom. At the rate we’re going, though, it looks like it’s going to be the bleak reality soon.

SHAREEver had that weirdly specific fantasy of Jotaro Kujo shouting “giatay” to the...

SHAREYou’ve all heard the tale of Hachiko, the loyal Akita Inu who stood...