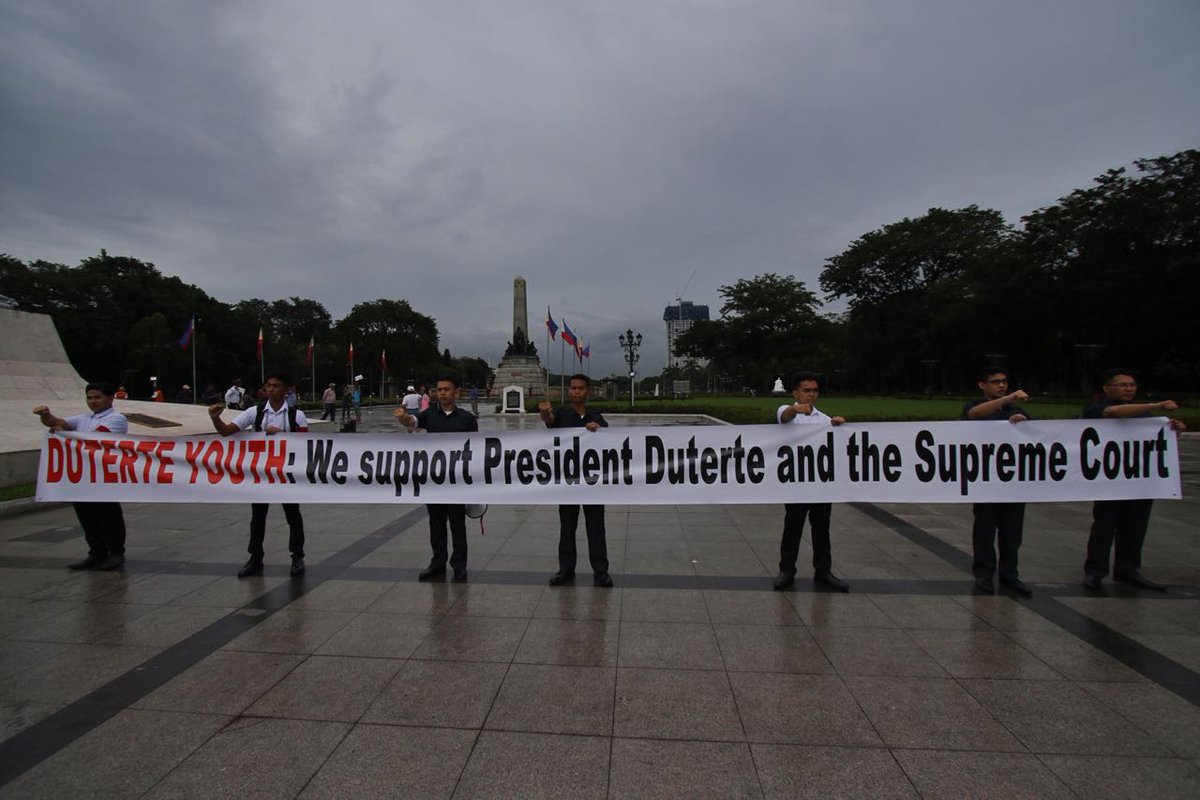 In this messed-up era of President Duterte and the renaissance of sentiments toward the Marcoses, you can’t really avoid people who support the side of the tyrants for one reason or another. They’re wrong, sure, but for the most part, they’re relatively harmless in the bigger picture. Many of them simply amount to nothing more than noise—really irritiating, stressful noise, but still just noise—but then there are other people who take this stuff a little too far.

You’ve seen them on your News Feeds by now, but friends, Romans, countrymen, we present again for your consideration the Duterte Youth:

If the name and the look feel like a callback to another youth group organized in the name of another dictator, then you wouldn’t be the only one who noticed. The only difference is that the government seems to have had nothing to do with this, judging solely by their pathetic rally turnout and their Facebook posts.

And for good reason, too—it would be a very stupid PR move for him to double down and associate himself further with Hitler. It didn’t come off well for Imelda Schweighart, and it certainly didn’t come off well for the president himself. Them taking their cues from the Nazis really makes both Duterte and the youth of this country look bad; the latter especially for being too insensitive, stupid, and lacking in self-awareness to respect everyone who’s been affected by the Fuhrer and his actions. (Hell, today they’re whitewashing Marcos, next thing you know they’ll be denying the Holocaust ever happened.)

It’s a good thing that a lot of people didn’t really show up to their rally (for now, at least), and hopefully it’s because they knew how terrible they’d look if they joined the Duterte Youth. If you must support this backwards administration, no matter how wrong it is, fine—just don’t cosplay a damn Nazi.

SHARENot only is the Earth in danger—it’s dying.   As disasters of recent years...

SHARELocal clothing brand Neon Island is out with a new Fall 2016 capsule collection...