Delinquent Society (D.S.) is off to a strong start. This hip-hop group fresh from Davao’s streets is made up of wordsmiths and childhood friends Audible Lecter (a.k.a. Aud), Contemplate, Mellow Marc, Fusr, and Nav-EYE’s beats to back their gospel up. Since their debut album dropped last year, they’ve been busy molding their craft. Now, they’re on a nationwide level.

Read more: The boys of Kartell’em are the future

The boys collaborated with the likes of Calix and Bawal Clan’s Rjay Ty, were featured in Careless Music Manila’s multimedia entertainment platform Island City, and have been bringing Davao’s hip-hop culture to the national spotlight. Not bad for a couple of new bloods making rounds in the scene.

“We wanted to make something for everyone to enjoy.”

But if you think they’ll stop with a nationwide takeover—think again. D.S.’s current hustle doesn’t stop at our shores. It continues ‘till they reach global airwaves.

“We want to reach the youth and also a wider audience. More specifically, not just within the bounds of Davao and the Philippines, but internationally as well,” said Aud. “We’re about to sign this major distribution deal and another big company wants to invest in us by funding our music video, and they’re reaching out for an ambassadorship. Things will be very exciting for Davao City and D.S. for the following months. The future is bright!”

It’s hard not to eat what D.S. is dishing out so far. Their debut album “DETOUR” is enough proof of D.S.’s range as a group of artists. Of course, their sound leans more into trap hip-hop—but they’re unafraid explore their range.

“DETOUR” flexed how raw they can get, what they can bring to the table, and why they’re unafraid to explore different sounds. Their album has a little bit of something for everybody. And they did it without compromising their sound. 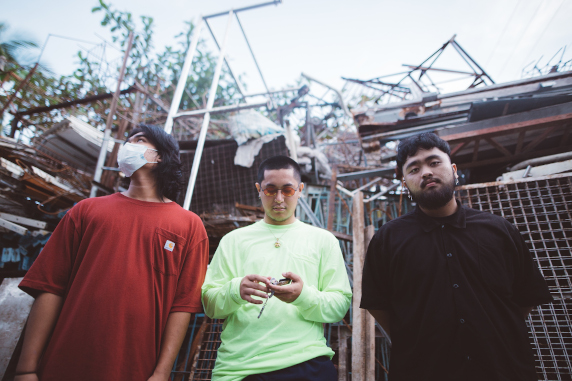 The boys of D.S. are new to the game, but they ain’t playin’ with what they’re serving us. They are letting us know that they’re not a blimp on anybody’s radar—they’re here to stay. We talked with Aud about the group’s musical process, the current state of the Davao hip-hop scene, and the future of Delinquent Society.

“Davao’s hip-hop scene is pretty much diverse. It’s a mix of the old and the new but we coexist in harmony.”

Could you tell us about D.S.’s origin story?
Delinquent Society was formed sometime around February of 2016. Back then it was just Me, Contemplate, and Mellow Marc. I bought an Akai MPD218 and made beats using it.

Upon the release of our very first song, “Just See,” Fusr (who’s originally from the graffiti scene) showed interest in rapping and we accepted him to the group. I formed Delinquent Society with my childhood friend Contemplate and my high school friend Mellow Marc. We just wanted to rap and express our thoughts.

What can you tell us about the hip-hop scene from your hometown?
Davao’s hip-hop scene is pretty much diverse. It’s a mix of the old and the new but we coexist in harmony. With the OGs of gangster rap and with the emergence of the new wave, each of us has our own different audiences and fans.

Apart from us, there’s a lot of new talents that sprung over the last 3-4 years that we’ve been around. One of the acts that we can say that has the truest potential and you guys should watch out for is WOLB$GVNG (wolbs gang).

If you can create a mixtape of your influences, who would be in it?
Wait, so I actually asked the other guys to name their influences, both foreign and local and this is what I came up with: Mellow Marc wants Ab-soul, J.I.D, and JPEGMAFIA in it, while Fusr wants Denzel Curry, IDK, Calix, and Oj River.

When creating tracks, which comes first—the beat or the bars?
Usually, when creating a track, NAV-Eye plays beats whenever we’re in the studio. A lot of times, our topic depends on what would fit the beats. So, the beats usually come out first before the bars. However, there are also times when an idea pops out for a song feel or topic. NAV-Eye would then draw inspiration from it and see what melody would fit.

“Before a song transcends, it needs to relate to not just a few people, but a lot of people as well.”

During the creation of “Detour,” did any of the tracks end up having a common theme?
During “Detour” back in August of 2018, I handled all the mastering and mixing (I don’t know shit about mixing then lol) and made all the beats for the album. We wanted to have a common theme, but we ended up just stacking tracks we had created and put them all together.

If you listen to it from start to finish, you would notice that each song has different themes or topics. But we made sure that each track was different from each other. We wanted to make something for everyone to enjoy. 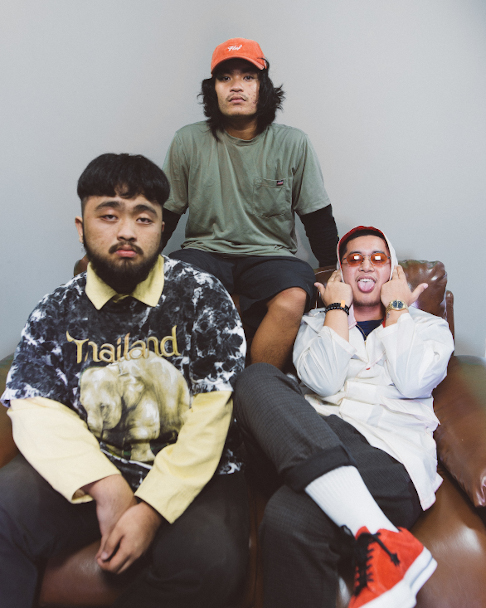 Did you guys have a goal in mind when you were creating your debut album?
Looking back at where Davao hip-hop was at with all the tough-talk and violence—and I say this with all due respect—only a handful of people could relate to it. What was lacking for me was relatability.

Before a song transcends, it needs to relate to not just a few people, but a lot of people as well. Our goal was to reach that level with rap. Talking about hip-hop alone could be repetitive; it was overused. We wanted to create tracks that would stimulate a reaction or mood different from the listener’s perception of hip-hop. Sort of like, a diversion. Thus, the creation of “Detour.”

Who are the people you want to reach with your music?
Since we’re still a bunch of young adults, we want our music to reach and touch a certain demographic. That’s youth culture for now. We want to balance tracks that are fun for people our age. At the same time, we want to make tracks that are socially conscious.

What does the future hold for you guys?
Right now, we’re already working on our second album, which is set to release early next year. Bruh, you wouldn’t expect the collabs on that album! Sheesh! We wanted to catch a lot of people off guard with the collabs we have.

We’ll continue to sell merch and a lot of cool stuff for the fans. We’ve also got our goals set with our collective, Unlabeled Collective, for the visuals and future content. We want to turn things up a notch, little by little. So better watch out ’cause we on to some big tingz! Davao City Up!

SHAREIt was a normal day at work. It was quarter to 11 and...

SHAREThank the heavens for the internet—a nifty tool that has blessed us with more...