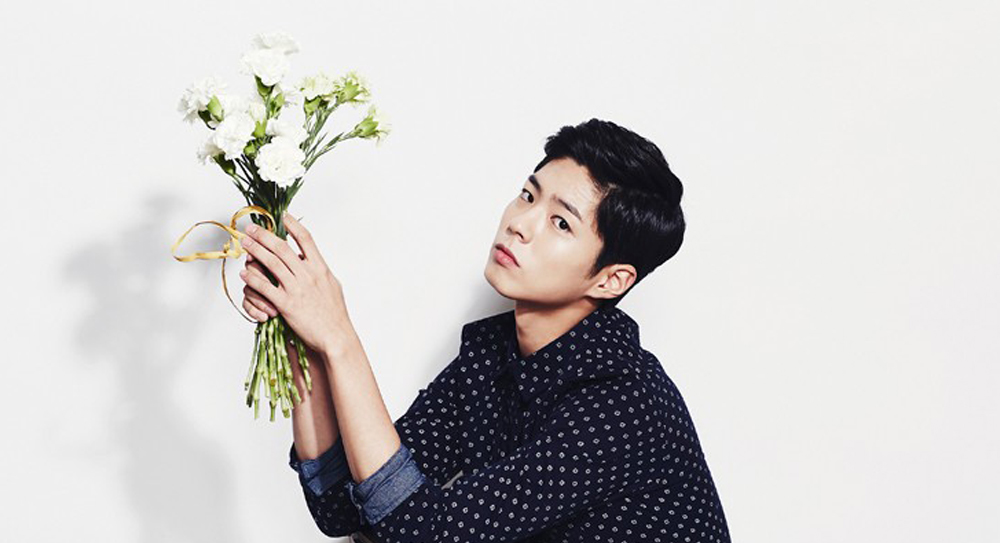 When it comes to Korean pop culture, we all know how the drill goes—there’s usually that one celebrity who explodes in the middle of the year and gets all the CFs and advertisements. I remember when I used to study in Korea, You Who Came from the Stars just finished screening, and almost everywhere I went, Kim Soo Hyun’s face was there to greet me on billboards, cosmetics stores, and subway stations. In 2016, Song Joong Ki’s fame blew up following Descendants of the Sun, and again his face was plastered all over Seoul. At the same time, there’s been a surge in millennial actors who’re crossing over to Song Joong Ki levels of superstardom. Who’s up next? We can only speculate. And give Korean drama recommendations while at it!

You know this guy is the real deal when you find out that he’s 2016’s most searched Korean celebrity online, surpassing Yoo Jae Suk and Blossom Entertainment labelmate Song Joong Ki. Known for playing extremely versatile roles, from a disturbed serial killer in I Remember You, to an awkward sweetheart in Reply 1988, to a cocky Joseon era prince in Love in the Moonlight, Bo Gum also managed to capture public attention with his gentle boy-next-door personality. Recently, he won the KBS Excellence Award in acting, and for good reason, too! People, this boy is going places.

Watch Him In: Love in the Moonlight, Reply 1988

YG-signed actor Nam Joo Hyuk has had his fair share of background roles in acclaimed dramas like Cheese in the Trap and Scarlet Heart: Ryeo, but recently became leading man-material after the international success of quirky, coming-of-age rom com Weightlifting Fairy Kim Bok-Joo. He’ll be raking in all those lead roles in no time. Joo Hyuk is also being eyed for the lead in tVN’s new high fantasy drama and manga adaptation, The Bride of the Water God, wherein we can only assume that he’ll be playing the titular water god. After convincingly playing a good-looking swimmer in Weightlifting Fairy, we’re sure he’ll do a spectacular job.

Watch Him In: Weightlifting Fairy Kim Bok-Joo, Who Are You: School 2015

Before Park Bo Gum’s popularity surged after the release of Love in the Moonlight, it was Seo Kang Joon who was early 2016’s reigning it boy. His breakout role as lovelorn second lead Baek In Ho in Cheese in the Trap garnered a huge fanbase as well as numerous magazine covers and features (I know because I tried—and failed—to buy all of them). Though his newest show, Entourage, unfortunately didn’t live up to the hype, Kang Joon remains one of the most in-demand actors under 25 years old. Also, if you check out his Instagram, all he literally posts are photos and videos of his cats. Someone #ProtectSeoKangJoon at all costs.

Watch Him In: Cheese in the Trap, Entourage

Seung Ho has actually been an established actor ever since he was a child, doing a number of films and TV shows even before anyone else here had their debuts. His fame grew further in his adolescence, being cast in lead roles in hit dramas like God of Study. The hype around him waned a bit since he made the decision to enlist in Korea’s mandatory military service at 19 years old—a praise-worthy move unlike most celebs who choose to delay their enlistment until their late twenties. His most anticipated release of 2017 is Joseon era drama Ruler: Return of the Mask opposite budding actress Kim So Hyun.

Watch Him In: God of Study

Among all the actors listed here, it’s Ji Soo who has yet to get his own big break. But he’s played some of the most beloved second lead roles in K-drama—and you all know how much Koreans love their second leads! They say it’s the underdog who’ll end up becoming the dark horse in the game, and we’re rooting for Ji Soo all the way. Fun fact: Ji Soo used to live in the Philippines and also participated in the Filipino-Korean CinemaOne original Seoulmates.

Watch Him In: Cheer Up!, Scarlet Heart Ryeo: Moon Lovers

SHAREI remember my first encounter with facial sprays. There was I, a pre-pubescent...